The latest Pew Research Center survey, conducted from April 5 to 11, reveals the number of American adults who say illegal immigration is a very big problem has jumped 20 percentage points since last year when Trump was in office. 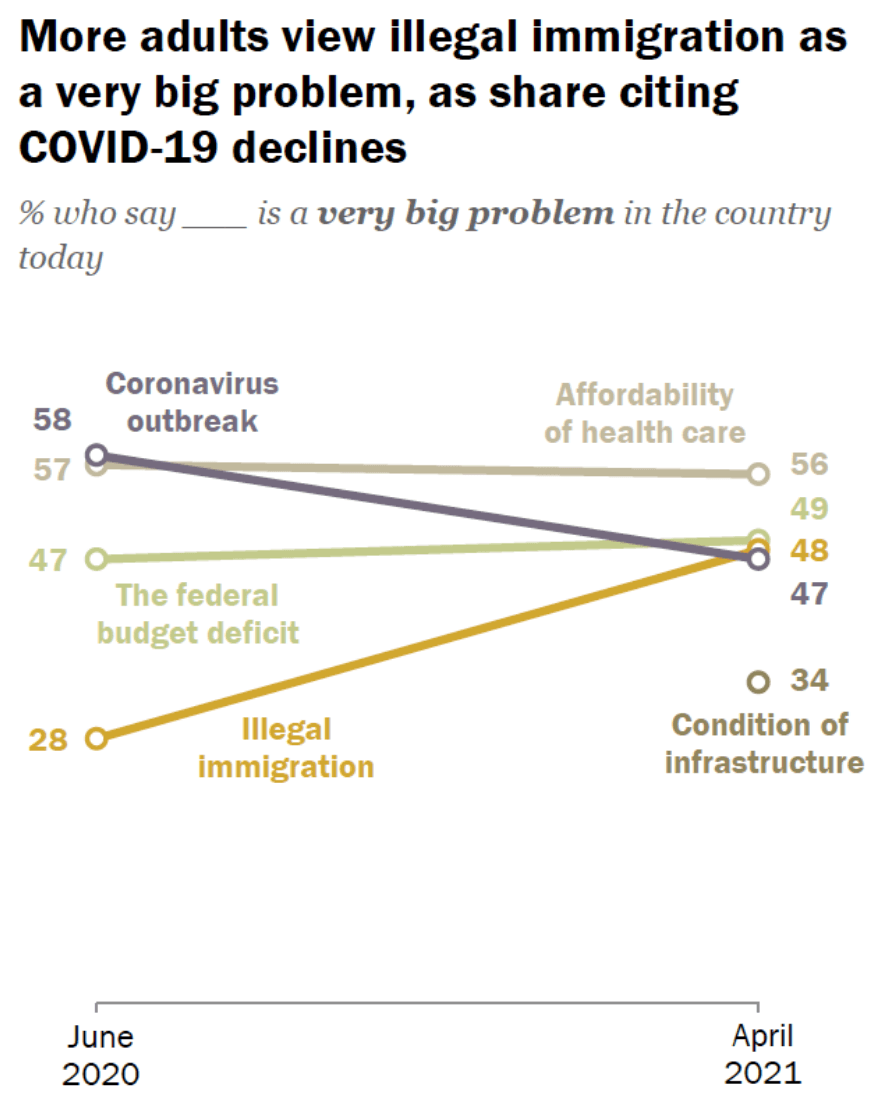 After Biden took office, he quickly dismantled Trump’s legal wall at the southern border by ending the “Remain in Mexico” program, canceling cooperative asylum agreements with Central America, and fast-tracking border crossers into the U.S. interior while giving them one-year work permits.

Last month, nearly 170,000 border crossers were apprehended at the U.S.-Mexico border. This is a 450 percent increase in illegal immigration compared to the same time last year under Trump.

The expansion of overall immigration levels is at odds with the majority of Americans.

Rather than allowing businesses to have an endless supply of foreign labor via immigration, 65 percent of likely U.S. voters say it is better for businesses to recruit Americans with higher wages and better benefits. Only 17 percent said the federal government should bring in new foreign workers for business.

Already, about 11 to 22 million illegal aliens live in the U.S. This year, analysts project that federal immigration officials will encounter 1.2 million border crossers with likely thousands more able to successfully illegally enter the nation without being detected.