More than a million illegal aliens could arrive at the United States-Mexico border this year, according to projection analysis.

“At the current pace, apprehensions for calendar year 2021 could be forecast at 1.2 million, following the precedents of 2005 and 2006,” Kopits writes:

As a result, barring a major modification of Biden administration policy, we might expect a level of illegal immigration this year not seen since the Great Recession. The situation is fairly described as a border crisis and a rolling policy disaster. [Emphasis added] 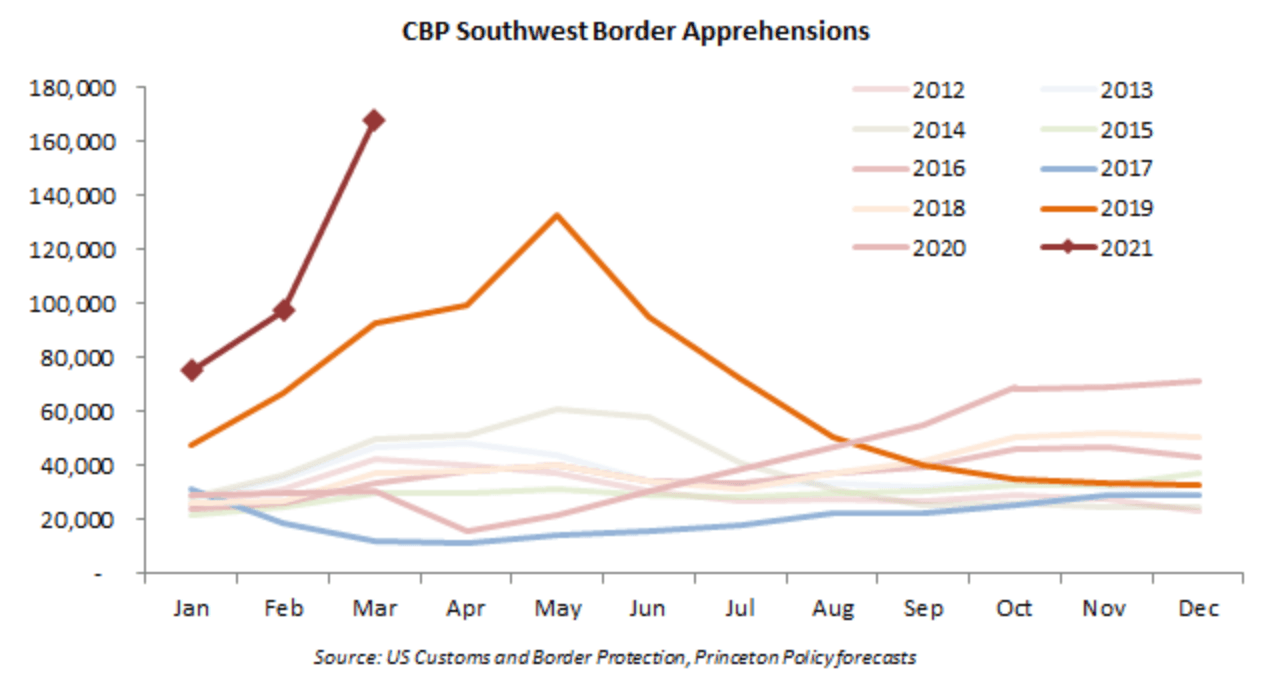 The Biden administration has created pipelines for illegal aliens and border crossers.

At the border, tens of thousands of border crossers are being released into the nation’s interior while illegal aliens already living in the U.S. have nearly no chance of being deported unless they have been recently convicted of an aggravated felony.