“Maxine Waters does not speak for African Americans,” Dr. Donohue wrote. “In fact, she is not their ally: She is their enemy.”

Waters and others like her need to be exposed for what they are, he said, “race baiters and cop bashers.”

Over the weekend, Waters flew to Minneapolis for the trial of police officer Derek Chauvin, insisting that he must be found guilty of murdering George Floyd.

“Policing in our country is inherently & intentionally racist,” Tlaib tweeted last week. “No more policing, incarceration, and militarization. It can’t be reformed.”

“She did not say in whose neighborhood we should release the murderers and rapists, nor did she renounce taxpayer-funded security for herself,” Donohue observed. 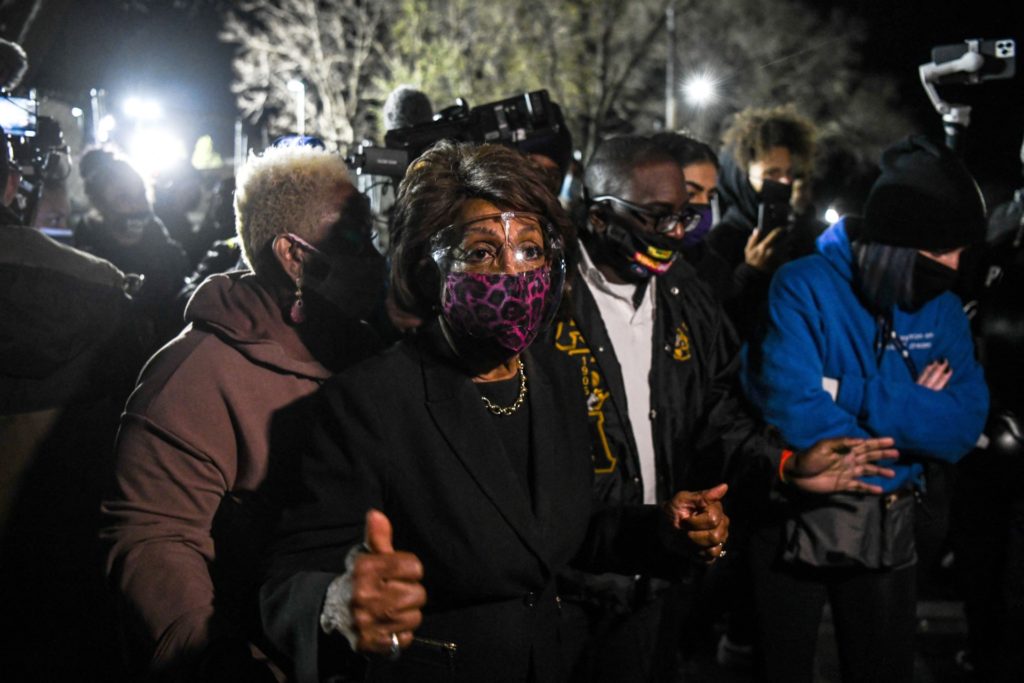 Representative Maxine Waters(C) (D-CA) speaks to the media during an ongoing protest at the Brooklyn Center Police Department in Brooklyn Centre, Minnesota on April 17, 2021. (CHANDAN KHANNA/AFP via Getty Images)

It is not only members of Congress who are demonizing the police, but celebrities and pundits as well, Donohue said.

“Police exist to uphold white supremacy,” declared Hollywood star Alyssa Milano, while pop performer Madonna has called for the elimination of a trial for police officers involved in fatal shootings.

For his part, Chris Cuomo said on CNN that police reform will not happen until “White people’s kids start getting killed,” Donohue wrote.

The campaign for eliminating the police force does not square with what average U.S. blacks want, Donohue noted, but is the product of elite progressives.

A 2020 Gallup survey revealed that 61 percent of African Americans want policing to remain the same, he stated, and among those who have had an interaction with the police, “79 percent of blacks want the cops to spend more or the same amount of time in their neighborhood.”