As a result, the orders are likely preventing about 9-in-10 deportations, have spurred a historic drop in deportations of illegal aliens, and have allowed illegal alien sex offenders, and potentially thousands of others, to be released into American communities.

In Arizona, the Biden orders are allowing convicted armed robbers, drunk drivers, those with drug convictions, and convicted arsonists to walk free out of prison instead of being taken into custody and deported by ICE agents.

Arizona Attorney General Mark Brnovich (R) details at least 15 cases from January 26 to May 6 in which convicted illegal aliens are being released from state prisons instead of being turned over to ICE agents. In each case, ICE officials notified Arizona officials and informed them that the convict’s ICE detainer would be lifted, allowing them to evade deportation, thanks to the Biden orders. 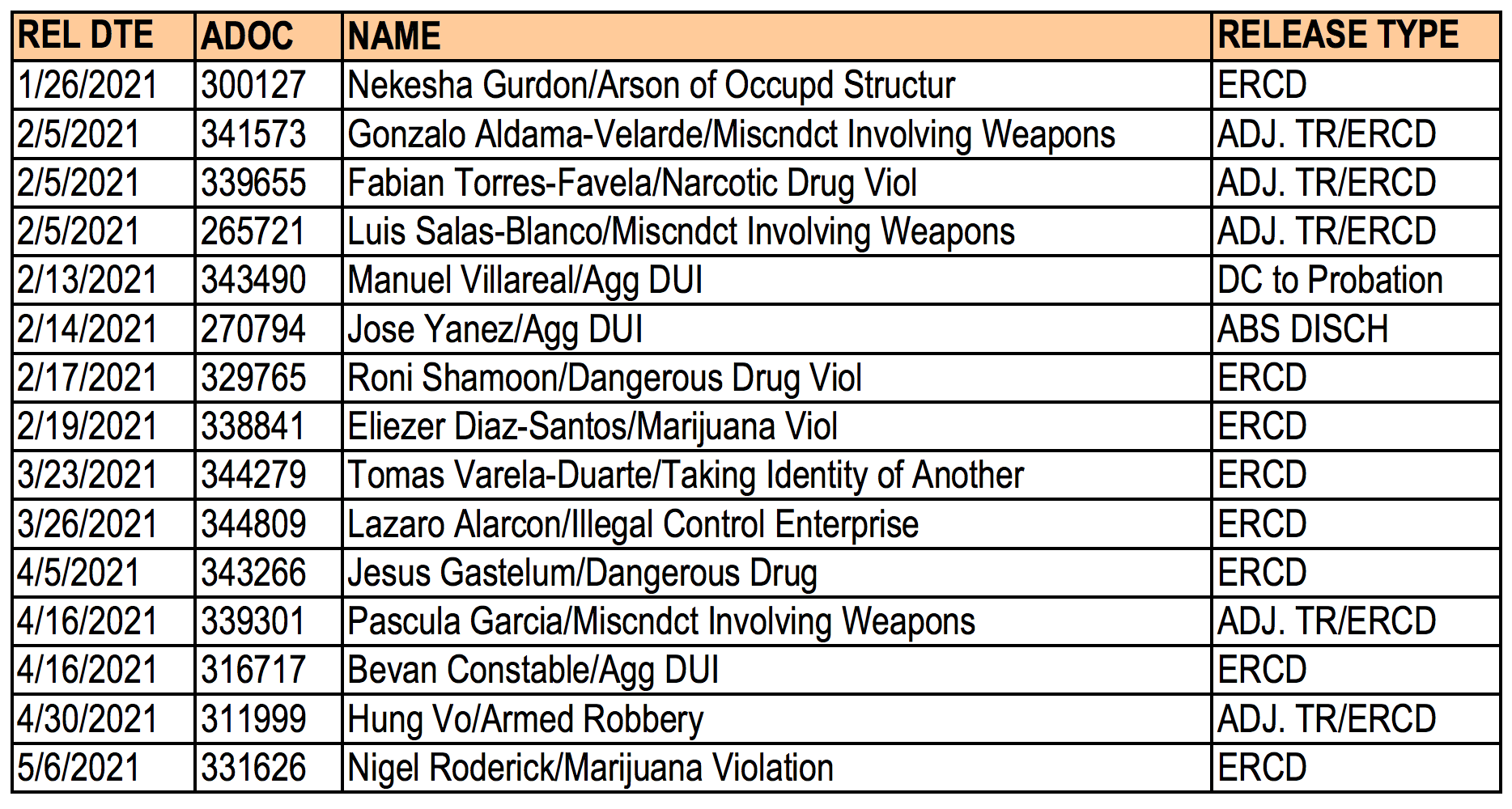 Four specific cases detailed by Brnovich’s office include those of convicted illegal aliens Luis Salas-Blanco, Bevan Constable, Eliezer Diaz-Santos, and Pascual Garcia, all of whom have been released instead of being taken into ICE custody and put into community supervision.

Constable, for example, was originally arrested and convicted of aggravated drunk driving in 2017 and 2019. While in prison, Constable was written up on four occasions for fighting, disorderly conduct, and disobeying orders. On April 16, rather than being turned over to ICE agents for deportation, Constable was released on community supervision.

Similarly, Salas-Blanco has been convicted of drunk driving, forgery, and misconduct involving weapons. After spending less than two years in prison, Salas-Blanco was released on February 2 on community supervision rather than being turned over to ICE agents for deportation.

Diaz-Santos was arrested in 2015 on drug charges. In 2019, he was convicted and sentenced to time in prison. On February 19, rather than being turned over to ICE agents for deportation, Diaz-Santos was released on community supervision.

Garcia was arrested and sentenced in late 2019 for multiple weapons violations. On April 16, Garcia was released on community supervision rather than being turned over to ICE agents for deportation.

In a motion this month, Brnovich and Montana Attorney General Austin Knudsen (R) are again requesting a federal judge to issue a preliminary injunction on the Biden orders, which would halt their implementation.

Instead, these illegal aliens are being classified as “no known priority” for immigration enforcement.