President Joe Biden warned Americans on Memorial Day Monday that democracy in their country was “in peril,” citing concerns about the current political climate and restrictive voting laws.

“Democracy itself is in peril. Here at home and around the world,” Biden said, before specifically citing the right to vote “conveniently” as part of the “infrastructure” required to keep democracy intact.

“Folks, you all know it, democracy thrives when the infrastructure of democracy is strong,” he said. “When people have the right to vote freely, and fairly, and conveniently.  When a free and independent press pursues the truth founded on facts, not propaganda.”

Biden repeatedly tied the themes of democracy into his presidential campaign theme about preserving the “soul of America.”

“Empathy is the fuel of democracy,” he said. “Our willingness to see each other not as enemies, as neighbors, even when we disagree, to understand what the other is going through.”

But the president again argued American democracy was flawed. 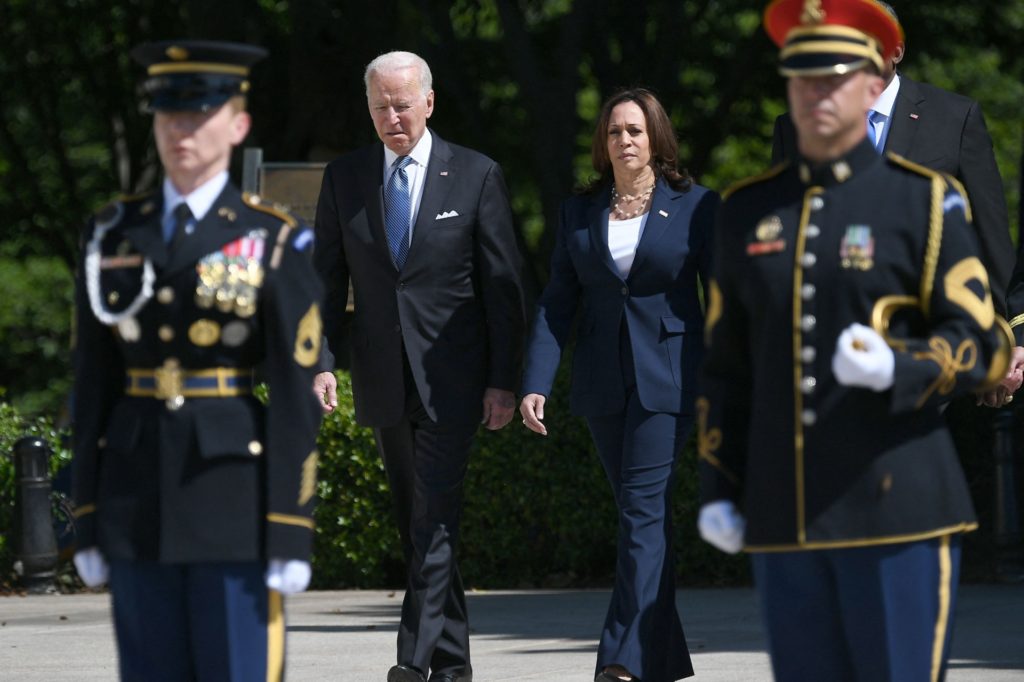 U.S. President Joe Biden and U.S. Vice President Kamala Harris arrive to take part in a wreath laying in front of Tomb of the Unknown Soldier at Arlington National Cemetery on Memorial Day in Arlington, Virginia on May 31, 2021. (MANDEL NGAN/AFP via Getty Images) 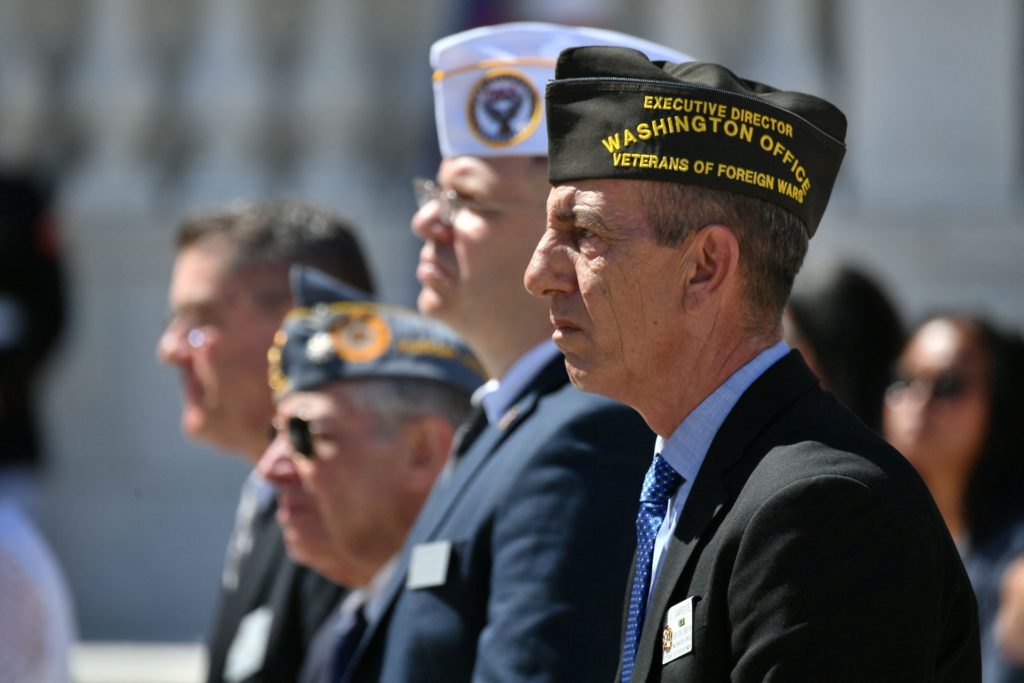 “To state the obvious, our democracy is imperfect,” Biden said. “It always has been.”

But he noted Americans of different genders, sexual orientations, races, and religions continued to fight for their country, signaling hope for the future.

“The diversity of our country and our armed services is and always has been an incredible strength,” Biden said.

Biden also spoke about America’s fallen heroes, arguing they died for democracy — not a dictator.

Biden called on every American to continue defending democracy both at home and around the world, calling it “the work of our time and all time.”

“We are all called by God and by history and by conscience to make our nation free and fair, just and strong, noble and whole,” he concluded. “To this battle, may we now dedicate our souls.”