The United States Chamber of Commerce has launched a lobbying campaign to massively increase legal immigration to the U.S., specifically the flow of foreign visa workers into American jobs.

Dubbed the “America Works Agenda,” the Chamber is lobbying state and federal lawmakers to hugely expand the rate of legal immigration whereby, already, about 1.2 million legal immigrants are awarded green cards annually and roughly 1.4 million foreign nationals are given visas to take jobs in the U.S.

As part of the campaign, the Chamber is asking lawmakers to:

Chamber President and CEO Suzanne Clark is billing the campaign as an effort to address the so-called “worker shortage” facing the business community, though 16.4 million Americans remain jobless and 5.2 million are underemployed but all of them want full-time work.

Such measures are a boon for big business as inflating the U.S. labor market allows employers to cut Americans’ wages, reducing the cost of labor, to increase profit margins.

The campaign’s goals, though, are largely out of step with the majority of Americans. 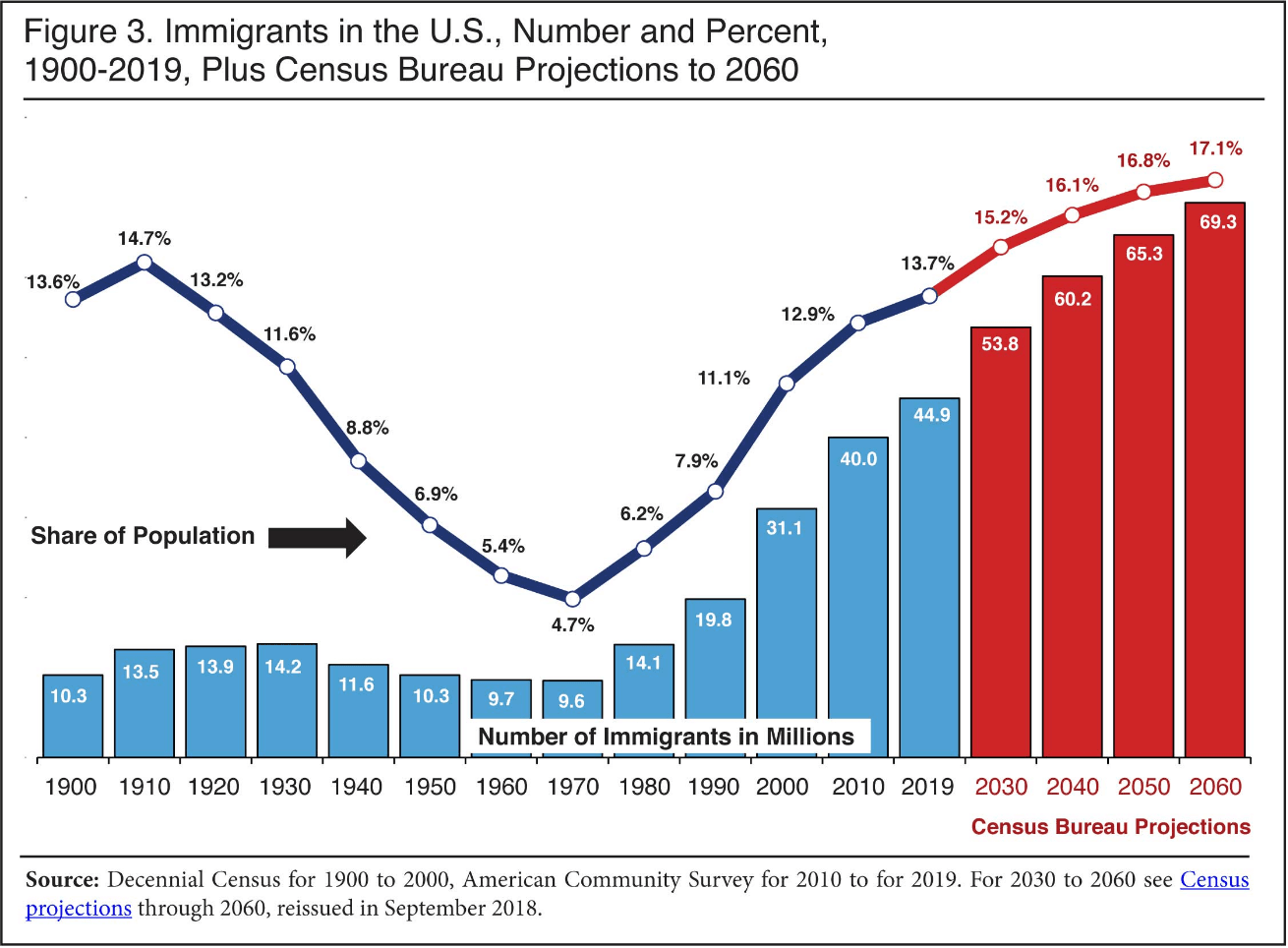 (Chart via the Center for Immigration Studies)

The benefits of a tightened labor market, in which employees hold negotiating power over employers, manifested between 2017 and 2019 as the Trump administration sought to reduce overall immigration to protect the U.S. labor market.

In November 2019, for example, the bottom 25 percent of wage-earners saw the largest spike in their paychecks thanks to a tightened labor market with less foreign competition. Americans in the construction, mining, finance, hospitality, and manufacturing industries enjoyed some of the highest wage growth at the time.

A year before, also as a result of a tightened labor market, construction industry insiders admitted Americans had a 95 percent chance of being matched with a job at employment agencies and employers were having to boost wages in order to attract and retain workers.

In contrast, a flooded labor market from mass legal and illegal immigration to the U.S. has had a devastating impact on the nation’s working and middle class while redistributing wealth to the highest earners. While creating an economy that tilts in favor of employers, the economic model helped keep wages stagnate for decades. 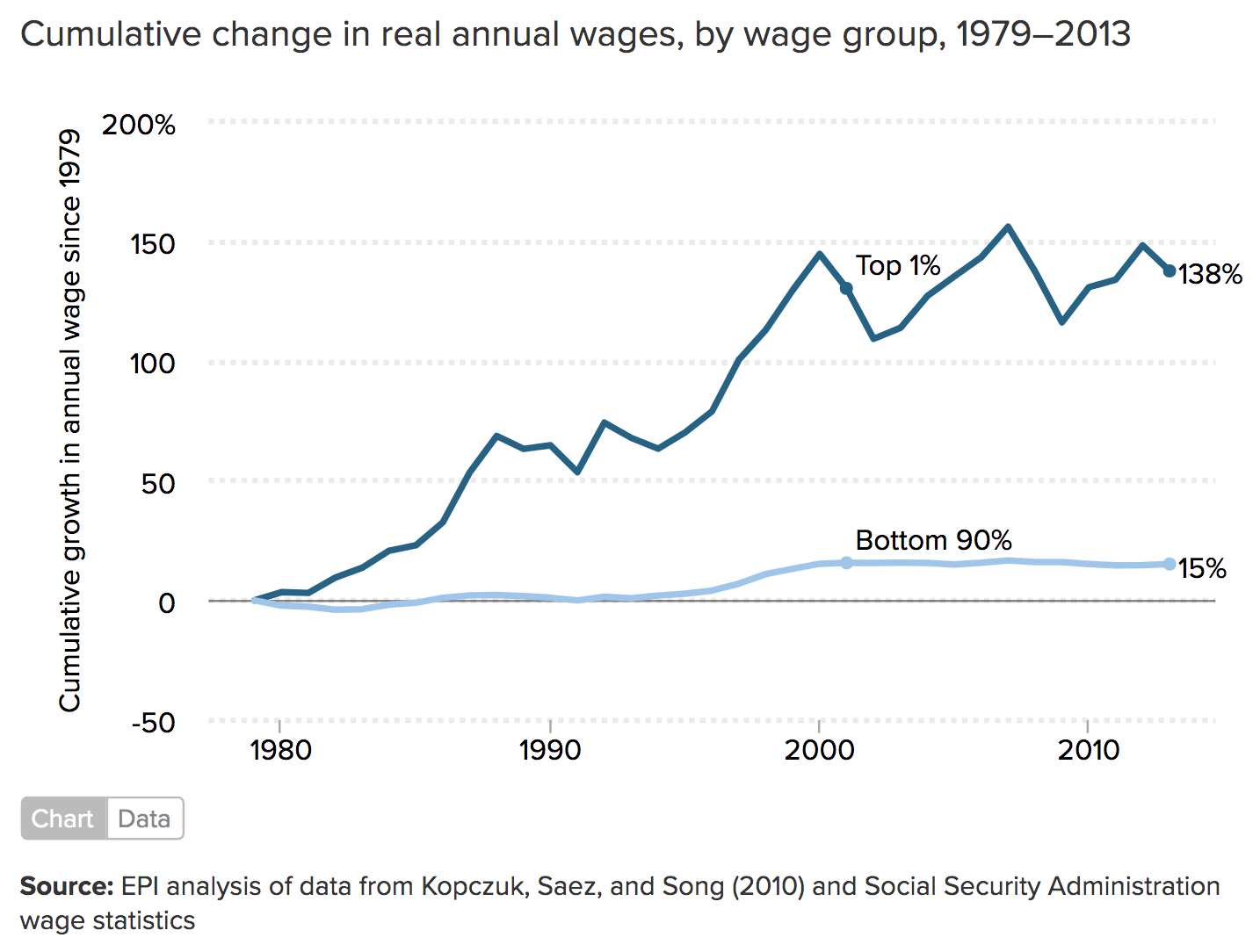 Researchers have found that a flooded labor market can easily diminish job opportunities and wages for Americans.

One particular study by the Center for Immigration Studies’ Steven Camarota revealed that for every one percent increase in the immigrant portion of an American workers’ occupation, their weekly wages are cut by perhaps 0.5 percent. This means the average native-born American worker today has his weekly wages reduced by potentially 8.75 percent as more than 17 percent of the workforce is foreign-born.