The two leaders briefly shook hands before entering the 18th-century Swiss villa for the summit.

Putin and Biden spoke briefly to the press at the top of the meeting with the help of an interpreter, but the audio was very poor.

“I know you’ve been on a long journey and have a lot of work,” Putin said. “Still the U.S. and Russia and U.S. relations have a lot of issues accumulated that require the highest level meeting and I hope our meeting will be productive.”

“As I said outside, I think it’s always better to meet face-to-face,” Biden said, noting the importance of finding areas of “mutual interests” between the two countries.

As reporters from both Russia and the United States struggled for position during the meeting, Biden paused and looked at his notes, but did not continue speaking.

At one point, the president grinned as the chaos in the press scrum continued.

One American reporter said she asked Biden if he could trust Putin and the president looked at her and nodded.

A White House official immediately clarified on social media that Biden was not responding to any particular question.

“It was a chaotic scrum with reporters shouting over each other. The president was very clearly not responding to any one question, but nodding in acknowledgment to the press generally,” White House Communications Director Kate Bedingfield wrote.

As reporters were asked to leave the room, however, the camera captured Putin laughing although it was unclear why.

There will be no meals shared between the two parties, the White House previewed. 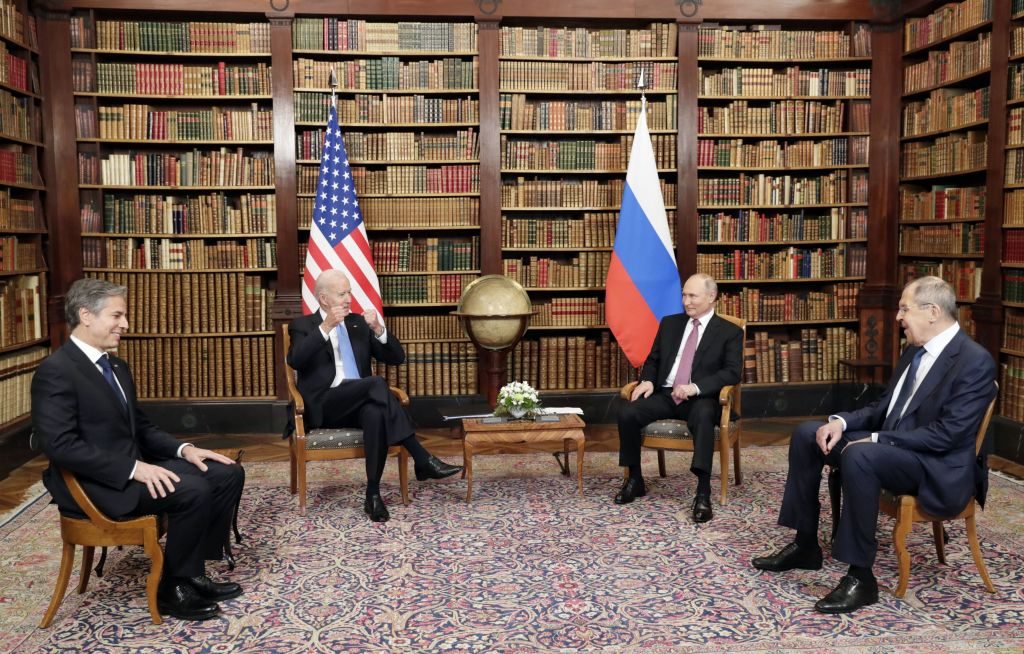 A senior administration official told reporters ahead of the meeting that no topic would be off the table for discussion, even though Putin shrugged off questions about imprisoning political opposition leader Aleksey Navalny.

“When the other side tries to say that there are issues that are off the table or that won’t be on the agenda, for the American President, nothing is off the table,” the official said.

The official said the Biden administration wanted to find areas where they could work with Putin, but also layout clearly to the Russian president their national interests.

“Beyond being necessary, the President really loves those kinds of meetings,” the official said.