Human rights groups joined Olympians past and present Thursday to demand athletes at the Tokyo Games be allowed to mount political protests on the medal stand.

In a five-page letter to the International Olympic Committee (IOC), more than 150 athletes, academics and social justice advocates urged reform of Rule 50 in the Olympic Charter and a similar rule governing the Paralympics, which has long banned political protest on Olympic sites.

They have joined Lakers star LeBron James who used his media company to blast the ban, accusing the IOC of “silencing athletes” as Breitbart News reported.

Former U.S. sprinters Tommie Smith and John Carlos (pictured top), who were expelled from the Olympic Stadium in 1968 after raising their fists on the podium, are included amongst the signatories. 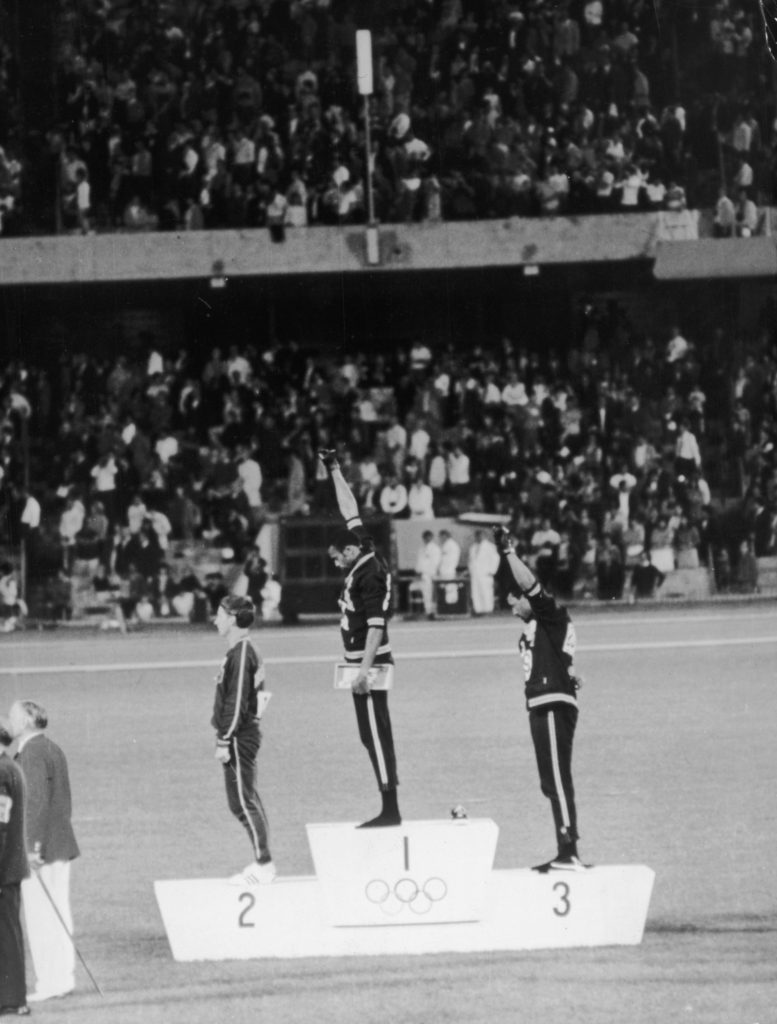 American track and field athletes Tommie Smith and John Carlos, first and third place winners in the 200 meter race, protest with the Black Power salute as they stand on the winner’s podium at the Summer Olympic games, Mexico City, Mexico. (Hulton Archive/Getty Images)

“The rules systemically target athletes from minoritised and marginalised communities who often view their time in the Olympic and Paralympic spotlight as a platform to call attention to injustices faced in their home countries and globally,” the letter reads, SBS News Australia reports.

“A commitment to human dignity must provide a magnifying glass to athletes calling attention to instances where that dignity is being stripped away.”

In recent weeks, the IOC has amended Rule 50 to allow for some protests “prior to the start of competition”, though sanctions are still threatened for those made on the podium.

They're about to learn you can't please everyone all the time. https://t.co/5nE1G5RAYF

The signatories said they rejected the idea the Olympics should remain politically neutral.

IOC President Thomas Bach said earlier this month political protest could encourage division, when the games should be promoting unity.

“The podium and the medal ceremonies are not made … for a political or other demonstration,” he told the Financial Times.

“They are made to honour the athletes and the medal winners for sporting achievement and not for their private (views).”

Five women’s football teams – Britain, Chile, the U.S., Sweden and New Zealand – have already taken a knee in protest before matches at the Tokyo Games.