The House Ethics Committee announced Monday they would not take any action to investigate Rep. Joyce Beatty (D-OH) after her arrest for protesting at the Capitol earlier in the month.

The committee in their report said that Beatty, who is the Chairwoman of the Congressional Black Caucus, will not have any further action taken against her. The report acknowledged Beatty was arrested “for Crowding, Obstructing, or Incommoding, during a protest inside a Senate Office Building in Washington, D.C.” The congresswoman paid a $50 fine prior to her release, and the “legal proceedings related to her arrest are expected to be resolved with no further action.” 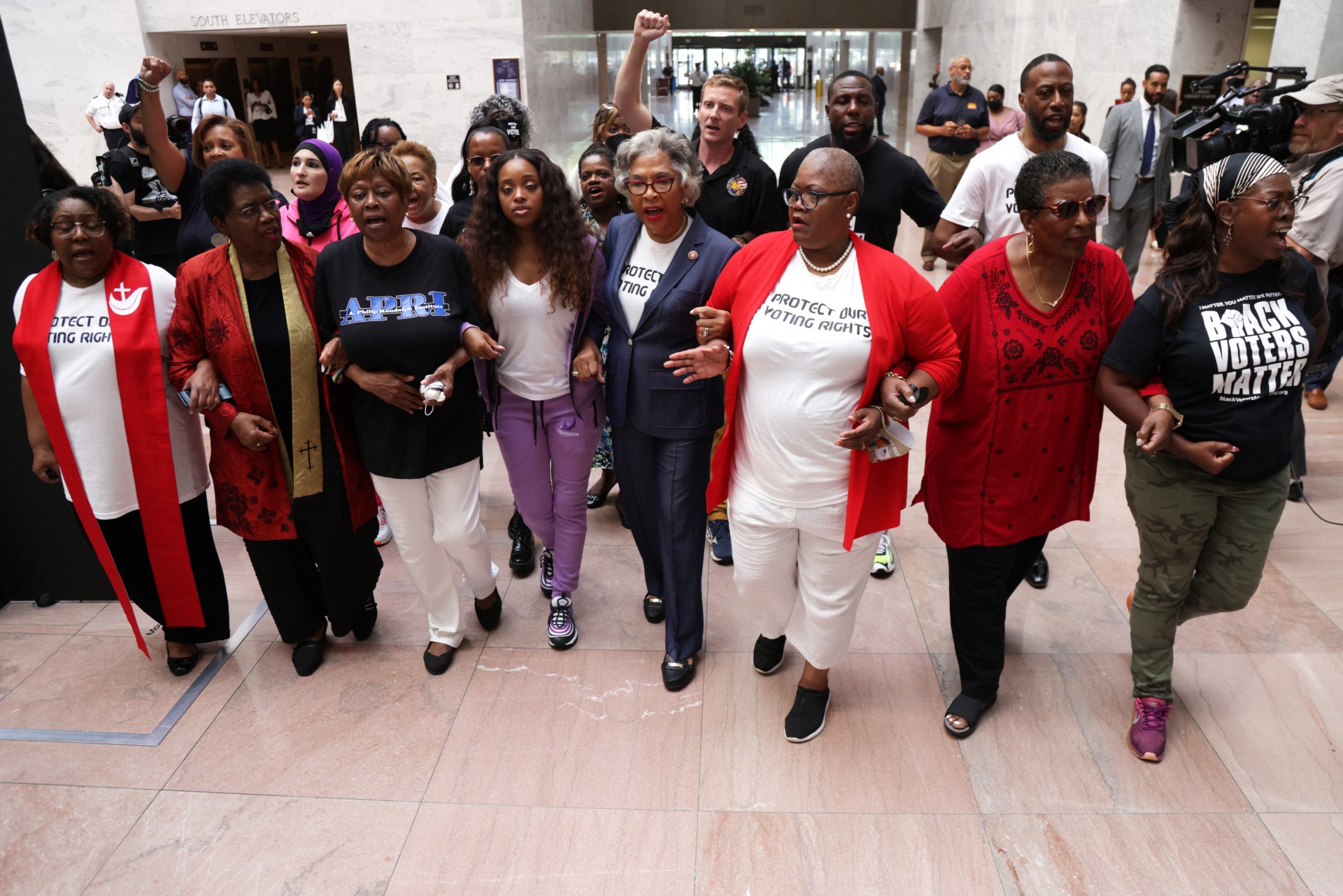 The officers had warned the “demonstrators three times to stop.” There were “two males and seven females” that were brought to “USCP Headquarters for processing” for “illegal demonstration activity.”

For Democrats, the word “fight” — as used by Beatty — could mean a number of things. When it was former President Donald Trump who used the word “fight” to signal a change in politics and elected leaders, it was Democrats who accused him of leading an insurrection. At a February impeachment trial for Trump following his term in the White House, Democrats played a deceptively edited video of his speech from January 6, 2020, leaving out his call for supporters to “peacefully and patriotically make your voices heard.”

Democrat Rep. Hank Johnson (GA), another member of the Congressional Black Caucus, was arrested last Thursday with other demonstrators at a protest outside the Capitol. He was arrested, according to the Hill, outside the Hart Senate Office Building while he took part in a “Brothers Day of Action on Capitol Hill.” The protest was reportedly put together by Black Lives Matter, a group that supports the “Defund the Police” movement.