The survey showed Trump Jr. and DeSantis with the highest net favorability ratings — +55 and +54, respectively. The gap is within the survey’s +/- 3.46 percent margin of error. 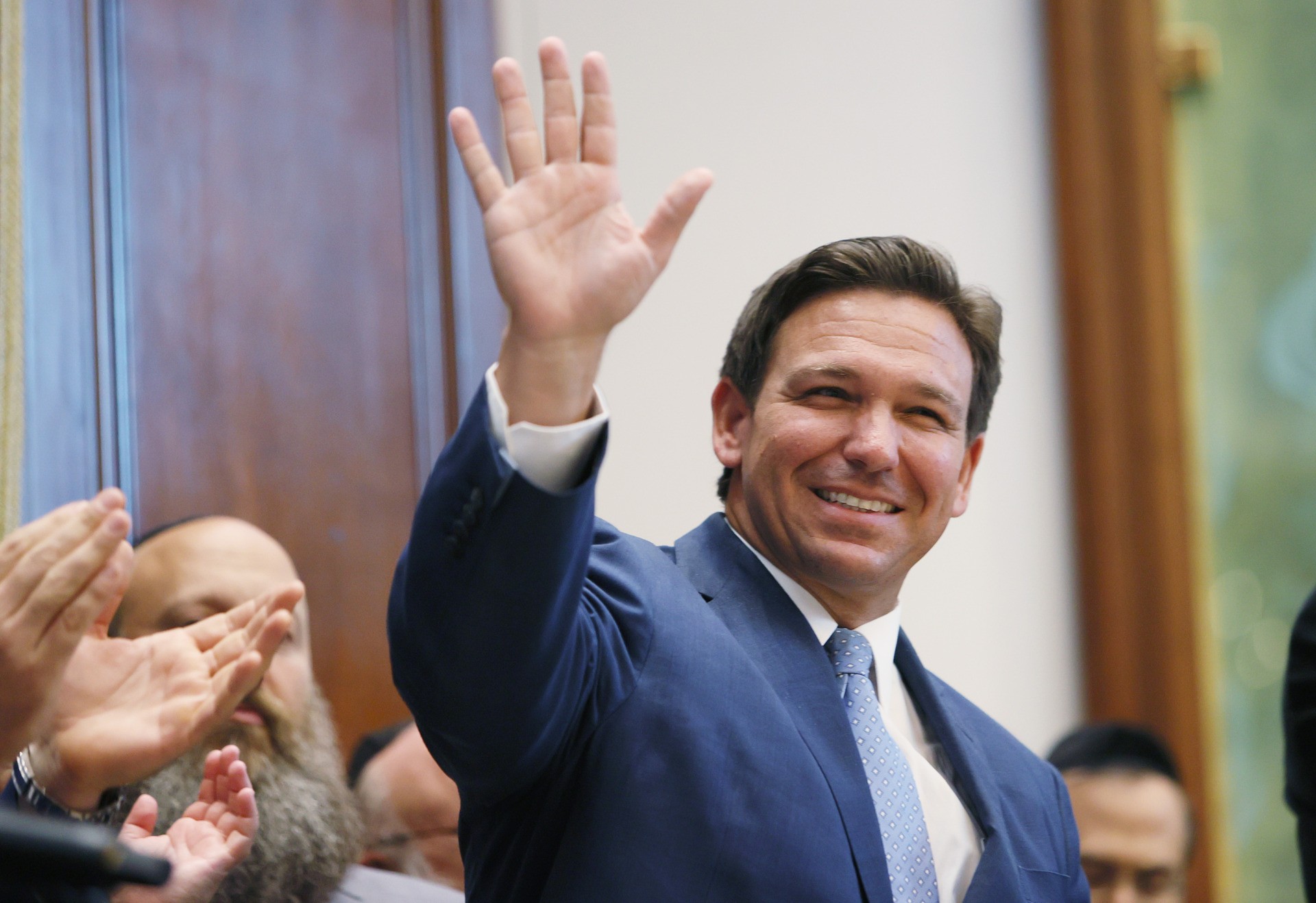 Florida Gov. Ron DeSantis arrives to speak during a press conference at the Shul of Bal Harbour on June 14, 2021 in Surfside, Florida. (Joe Raedle/Getty Images)

“We found Mitch McConnell’s image has significantly improved since February, while Kevin McCarthy’s has remained consistent but positive,” Tony Fabrizio said of the findings, according to Axios.

“Liz Cheney is incredibly unpopular, while Matt Gaetz and Marjorie Taylor Greene have positive images but are largely undefined and driven by the far right of the party,” he continued.

“Ron DeSantis and Donald Trump, Jr. are well-known and very well-liked by most Republicans, doing best among President Trump’s biggest supporters,” he added.

Meanwhile, Trump remains an undeniable force in the Republican Party, dominating in virtually every hypothetical 2024 GOP primary poll he is included in.

During a speech in Arizona at Turning Point Action over the weekend, Trump — who has yet to definitively say if he will run for president again in 2024 —  warned the U.S. is at the “beginning of a communist system.”

“Radicals are seizing power and destroying everything we hold dear as Americans, and it’s happening. And I said it was going to happen,” he said, referencing the censorship of speech and dismantlement of the rule of law, among other actions embraced by the radical left under Biden’s administration.

“It’s collusive. Nobody’s seen anything like it,” Trump continued, calling it the “beginning of communism.”

“That really is, literally … communism,” he added.