ROME — Pope Francis made his first public appearance Wednesday since being hospitalized for colon surgery on July 4, telling crowds the gospel of Jesus Christ must be accepted exactly as it is.

“With the truth of the Gospel, one cannot negotiate,” the pontiff told pilgrims gathered in the Vatican’s Paul VI Hall. “Either you receive the Gospel as it is, as it was announced, or you receive any other thing.”

You “cannot negotiate with the Gospel,” he continued. “One cannot compromise. Faith in Jesus is not a bargaining chip: it is salvation, it is encounter, it is redemption. It cannot be sold off cheaply.”

Although the Vatican downplayed the gravity of the pope’s operation for diverticular stenosis, which included the removal of part of his colon, the pontiff’s ten-day stay in the hospital provoked consternation among some Vatican watchers. 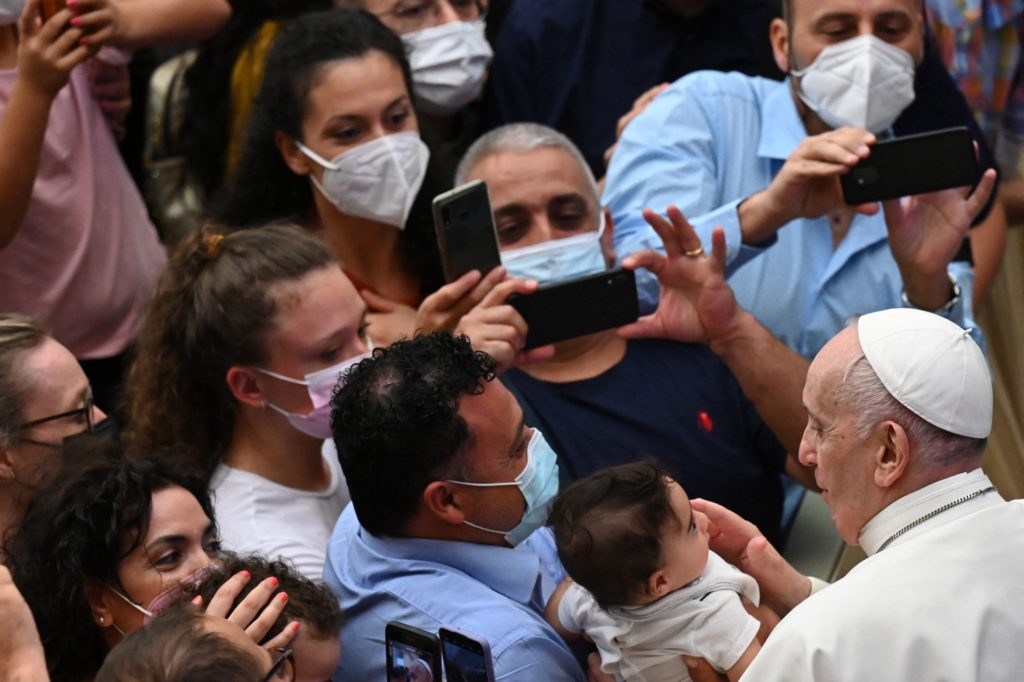 Pope Francis (R) interacts with participants during his weekly general audience at Paul VI hall in The Vatican on August 4, 2021. ((ALBERTO PIZZOLI/AFP via Getty Images)

Luis Badilla, for instance, editor of the semi-official Vatican news aggregator Il Sismografo, published a dour essay stressing the seriousness of the pope’s health situation and asserting that he would “never be the same again.”

There is a very significant fact that many “underestimate, ignore, or manipulate,” Badilla wrote, namely that “the disease that has affected Pope Francis is severe and degenerative” and “could also be chronic.”

Jesuit Father Thomas Reese took the affair even further, asserting that “the hospitalization of Pope Francis marks the beginning of the end of his papacy” and adding that time “is running out” for the 84-year-old pope.

The priest lauded the pope for his “incredible achievements,” including putting his papacy “squarely on the side of migrants and refugees” while offering “a prophetic voice against global warming and the excesses of capitalism.”

“In short, Francis has rebranded the papacy for the 21st century with a pastoral, prophetic and inclusive voice,” Reese insisted.

Father Reese, a well-known progressive voice who stumped for “Catholics for Biden” and has urged his fellow Catholics to support “pro-choice Democrats,” also conveyed his vision of what must happen next for the Church to continue in the Francis mold. 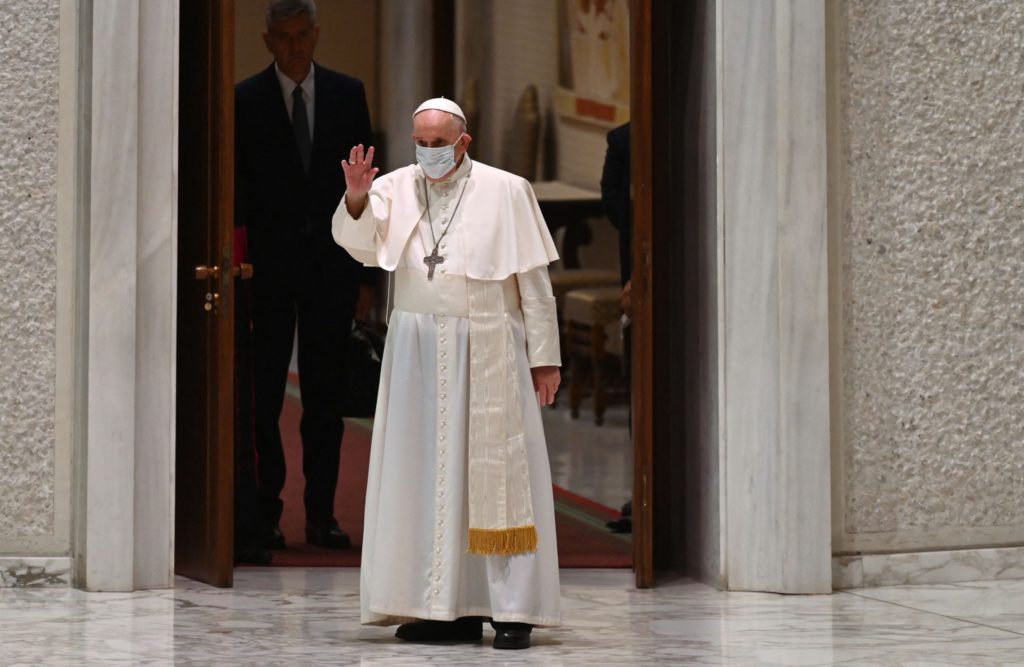 Pope Francis gestures during his weekly general audience at Paul VI hall in The Vatican on August 4, 2021. ( ALBERTO PIZZOLI/AFP via Getty Images)

The Francis pontificate will only be a success, he warned, “if he is followed by popes who are in sync with his approach to Catholicism, and this is not guaranteed.”

“He has appointed sympathetic men to the College of Cardinals, but conclaves are unpredictable as his own election showed,” he said.

If, on the other hand, the Francis pontificate is “reckoned a failure,” Reese concluded, “it will be because Francis failed to replace or outlast the clerical establishment put in place by John Paul and Benedict.”