On Monday, House Intelligence Committee Chair Rep. Adam Schiff (D-CA) relayed some sobering news about the situation in Afghanistan when he told reporters that evacuations will likely extend past the August 31 deadline, during which time airport security will remain hostile.

Speaking to reporters on Capitol Hill following a classified intel briefing, Schiff said that it’s “very unlikely” evacuations in Afghanistan will be over by August 31 due to the overwhelming number of Americans, Afghan allies, and potential refugees currently stranded in the region amid an increasingly hostile security threat.

Schiff did, however, emphasize he felt “encouraged” by the number of people being evacuated from the region on a daily basis.

“We had 11,000 people in a single day,” he emphasized. “Nonetheless, given the logistical difficulties of moving people to the airport and the limited number of workarounds, it’s hard for me to see that being fully complete by the end of the month.”

This past weekend, U.S. officials warned that the threat of ISIS in the region has increased since the Taliban conquered Afghanistan. Schiff echoed those concerns: 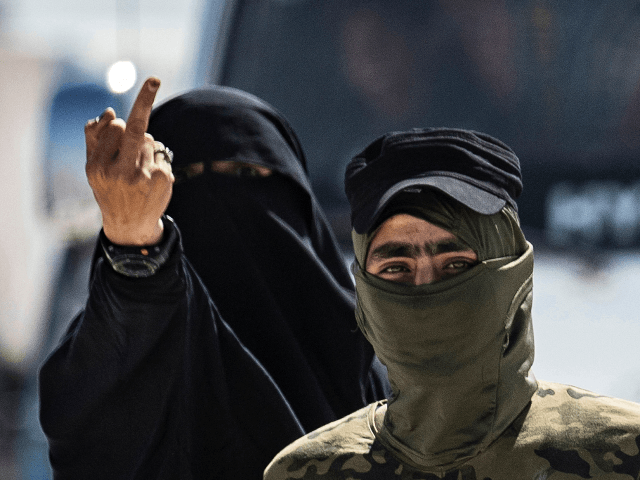 I think the threat to the airport is very real and very substantial and this has been a concern of mine for, for some days now that this would make a very attractive target for ISIS or for elements of al Qaeda. An opportunity to attack both U.S. forces as well as Afghan nationals and indeed the Taliban as well. And just cause chaos that will prolong the U.S. stay.

“Whenever you have a mass gathering like that, it is an opportunity for improvised explosive devises. It’s a real danger,” he added.

In July, President Biden expressed confidence that the Afghanistan withdrawal would be orderly and without difficulty. One month later, however, shortly after the Taliban took control, Biden contradicted himself when he told ABC News that chaos was inevitable.

Biden’s credibility was further damaged when a classified State Department cable from July suggested that Secretary of State Antony Blinken was warned Kabul would fall into Taliban hands by the August 31 troop withdrawal deadline. In his statement to reporters, Schiff confirmed that U.S. intelligence agencies became “increasingly pessimistic” about the situation over the past six months: 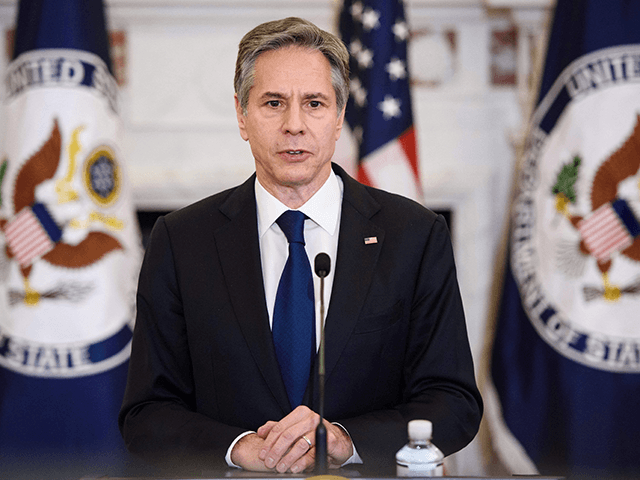 US Secretary of State Antony Blinken speaks during the announcement of former ambassador Gina Abercrombie-Winstanley as first the chief diversity officer in the Benjamin Franklin Room of the State Department in Washington, DC on April 12, 2021. (Photo by MANDEL NGAN / POOL / AFP) (Photo by MANDEL NGAN/POOL/AFP via Getty Images)

The intelligence agencies assessments of the Afghan government’s ability to maintain itself became increasingly pessimistic. Over the course of the last six months. And there were any number of warnings that the Taliban might take over, and some that included a potential of a very rapid, the Afghan government enforces.

According to CNN congressional correspondent Ryan Nobles, Schiff was echoing Intel Committee Member Jason Crow, who said, “I do not believe at this point, sitting here today, that I have any evidence of an intelligence failure.”

“Given the number of Americans who still need to be evacuated, the number of SIVs, the number of others who are members of the Afghan press, civil society leaders women leaders. It's hard for me to imagine all of that can be accomplished between now and the end of the month,”

Finally Schiff said that the intel community was very aware that the Taliban had the ability to take over the country.
"the intelligence agencies assessments of the Afghan government's ability to maintain itself became increasingly pessimistic,” he said. (more)

Schiff's take was echoed by Intel Committee Member Jason Crow:
"I do not believe at this point, sitting here today, that I have any evidence of a intelligence failure," Crow- a Democrat- told @jeremyherb