Though Mowers has not officially joined the race, he holds a sizable lead:

Mowers told Breitbart News Tuesday, “I have been humbled by the outpouring of support and encouragement I have received from my friends and neighbors in New Hampshire. I look forward to making a final decision with my family soon.”

“I look forward to making a final decision with my family soon,” he said before noting, “It’s clear that Granite Staters are souring on the Biden-Pappas ‘America Last’ style of leadership that has led to the disastrous Afghanistan withdrawal, open borders, and skyrocketing inflation hurting middle class families.” 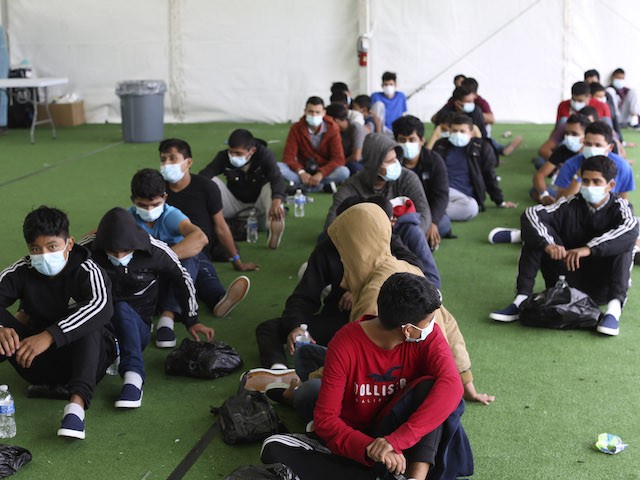 Young migrants wait to be tested for coronavirus at the Department of Homeland Security holding facility on March 30, 2021, in Donna, Texas. (Photo by Dario Lopez-Mills – Pool/Getty Images)

The polling also revealed 64.5 percent of Republicans in the district want Trump to run again, opposed to 21.9 percent.

Moreover, the three top issues for respondents in the survey were border security (30 percent), government debt and spending (20.2 percent), and protecting the second amendment (17.1 percent).

Meanwhile, President Joe Biden’s approval rating in New Hampshire has plummeted in just one month, with only 44 of Granite Staters approving of Biden’s performance. Biden’s disapproval rating has shot up five points to 54 percent.

The New Hampshire Journal poll was conducted by Praecones Analytica, which surveyed 792 New Hampshire GOP primary voters between August 13-20, 2021. The margin of error is 3.5 percent.