President Joe Biden is failing on nearly every single major issue for Americans as support for his presidency continues to drop.

Americans supported the decision to exit Afghanistan, but the president’s execution of the mission, resulting in the deaths of 13 American servicemembers, has left the country deeply dissatisfied with his efforts.

Fifty-three percent of Americans believe Biden is personally responsible for those deaths, while only 43 percent feel otherwise, according to the latest Washington Post/ABC poll.

The Biden administration still struggles to state how many Americans are left in Afghanistan and offer a timeline for when that mission will be successful.

Americans have also lost confidence in his handling of the coronavirus pandemic.

Despite declaring “Independence” over the coronavirus and a “Summer of freedom” for Americans in July, Biden surrendered after the rise in cases fueled by the Delta variant of the virus led federal health officials to level additional restrictions.

The president supported reinstated mask mandates across the country, even for the vaccinated population. He urged private businesses to mandate vaccines for employees and ordered public government workers to either get the vaccine or submit to inconvenient testing and behavior protocols. Biden also supported mask mandates for students returning to classes.

American support for Biden’s handling of the coronavirus has fallen 12 points since April as the president struggles to retool his message.

Biden’s plan to roll out a campaign for booster shots on September 20 also hit a snag after two Food and Drug regulators resigned in protest over the differences in strategy.

Biden continues failing on the issue of border security as record numbers of migrants and unattended children continue crossing into the United States — even during the hottest months of the summer.

Migrant encounters at the southern border are now at a 21-year high; more foreigners believe that Biden will allow them to remain in the United States.

The historically low jobs numbers for August are the latest sign Biden was unable to deliver a promised recovery: 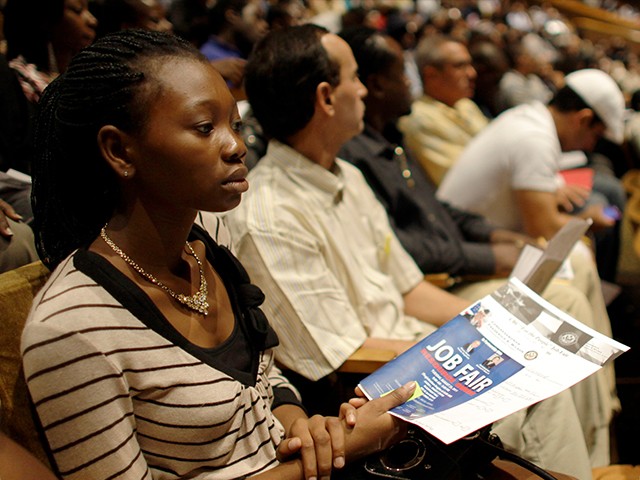 Philoria Richemond of Miami waits in an auditorium for her number to be called at a jobs fair hosted by the Congressional Black Caucus in Miami, Tuesday, Aug. 23, 2011. The fair is aimed at lowering the especially high rate of unemployment in the black community (AP Photo/Lynne Sladky).

Concerns about inflation continue getting worse; consumer prices rose 4.2 percent in just one month from July to August 2021.

Consumer confidence has sunk to the lowest level since February, and jobless claims rose at the end of August.

Biden’s awkward attempt to level an unconstitutional eviction moratorium after getting pressure from the Democrat socialists in his party was soon scrapped by the Supreme Court.

Sen. Joe Manchin (D-WV) sent a warning signal through Washington, DC, by noting his opposition to the $3.5 trillion plan, calling for a “strategic pause” in the face of rising inflation: 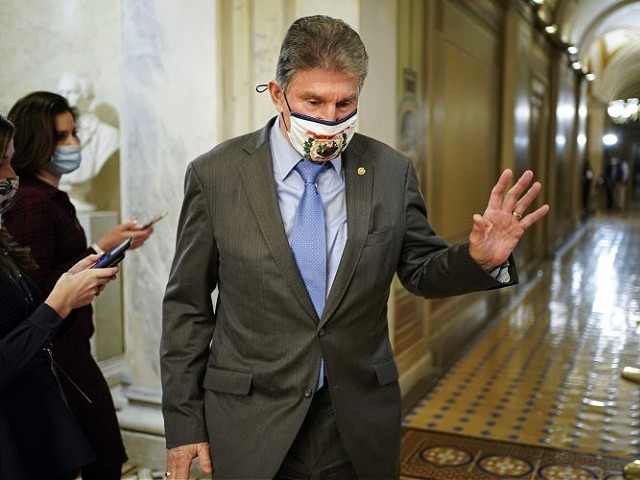 WASHINGTON, DC – FEBRUARY 10: Sen. Joe Manchin (D-WV) departs after the day’s proceedings in the impeachment trial of former President Donald Trump at the U.S. Capitol on February 10, 2021 in Washington, DC. House impeachment managers will make the case that Trump was responsible for the January 6th attack at the U.S. Capitol and he should be convicted and barred from holding public office again (Photo by Joshua Roberts-Pool/Getty Images).

Biden will also struggle to explain why his infrastructure bill that passed the Senate cannot pass in the Democrat-led House if it is held hostage by the Democrat socialists in his party.