CENTCOM commander Gen. Frank McKenzie apologized Friday after an investigation revealed that the U.S had killed an innocent man, Zemari Ahmadi — and nine other civilians, including seven children — rather than ISIS-K terrorists Aug. 29.

Though McKenzie accepted responsibility for what he called a “tragic mistake,” he did not resign. Instead, he provided an explanation of the circumstances for the strike, suggesting that the Pentagon believes it was legal under international law.

McKenzie told the media that the military had acted on intelligence that a “white Toyota Corolla” — one of the most common automobiles — would mount an attack. At no point did the military know who was driving the targeted vehicle. 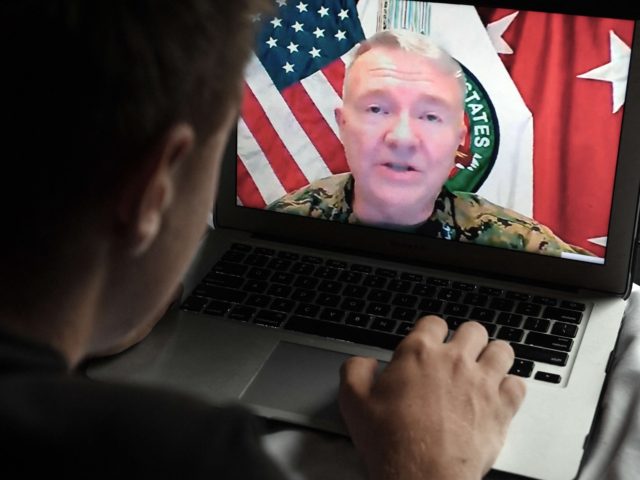 This illustration photo taken in Arlington, Virginia, shows a person watching a video of General Kenneth F. McKenzie, Jr., US Central Command (CENTCOM) Commander, as he speaks during a news briefing from the Pentagon on August 30, 2021. – The US military announced the departure of the last US troops from Afghanistan on August 30, concluding a 20-year conflict that ended with the Taliban seizing control of the country. (Photo by OLIVIER DOULIERY / AFP) (Photo by OLIVIER DOULIERY/AFP via Getty Images)

As Breitbart News explained last week: “International law permits the use of such targeted killings, under restricted circumstances. The target must be an enemy combatant; the target generally must pose an imminent or ongoing threat; and the attack must minimize the risk to non-combatants.”

Mistaken identity, or other mistakes, do not by themselves constitute violations of international law, but if the strike was negligent, or improperly motivated, there could be legal consequences.

Under customary international law, the U.S. is required to investigate alleged violations of international law. The Pentagon appears to think it has satisfied that requirement. But there are several questions that still remain about the Aug. 29 strike:

1. What did President Joe Biden know, and did he authorize the strike? White House press secretary Jen Psaki said Aug. 30 that Biden had delegated authority to the military, but was “regularly briefed.” What did he know? Did he give the green light?

2. Were there political motivations behind the strike? Did the White House pressure the Pentagon to come up with some kind of response to the Aug. 26 suicide bombing, to provide political cover for the administration’s bungled withdrawal?

3. Why would the military launch an airstrike against an unknown person, absent compelling evidence of imminent threat? The most shocking aspect of the strike was that the Pentagon did not know who was in the vehicle.

4. Was the U.S. fed bad intelligence by the Taliban or other bad actors? There has long been suspicion that different groups in Afghanistan feed false information to the U.S. to take out their rivals. Is that what happened in the Kabul strike?

5. What does taking “full responsibility”mean? Where are the hearings, resignations, prosecutions, demotions,  or firings? McKenzie did not rule out further consequences in his Pentagon press briefing, but declined to lead by example. 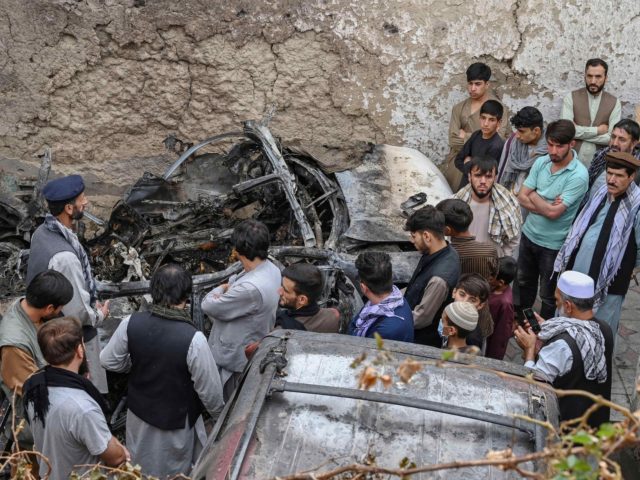 6. Why was the U.S. public fed a false story by the Pentagon and the White House for several weeks? The Pentagon said Aug. 30 there was a high degree of confidence in the target; the White House said much the same. Were they lying?

7. Why would the U.S. military settle for an evacuation where it had to rely on airstrikes? The Kabul airport, guarded by the Taliban, was defenseless and left the U.S. few options; given the risks, why did the U.S. abandon Bagram air base?

8. How inaccurate is the U.S. military in general when it comes to airstrikes? The fact that this mistake happened ought to prompt an immediate review of U.S. airstrikes, to determine whether their accuracy can be improved in future.

9. Will this compromise national security by discouraging legitimate, accurate targeted killings? The use of targeted killings — like President Donald Trump’s strike on Qasem Soleimani — is an important tool against terror. Have we lost it?

10. Will the Biden administration apologize to the new Taliban regime, and pay reparations? McKenzie dodged a press question about reparations, but if the Taliban regime presses the U.S. to apologize, it may find international support.