Polling shows that a majority of voters know His Fraudulency Joe Biden lied about Afghanistan and now want him to resign over that fiasco.

Rasmussen Reports, one of the most accurate pollsters of the last two decades, asked 1,000 likely voters three critical questions in the wake of Joint Chiefs of Staff Chair General Mark Milley’s bombshell testimony this week.

In August, Biden lied to far-left ABC News and the American people when he told left-wing activist George Stephanopoulos the military never advised him to keep 2,500 troops in Afghanistan as a stabilizing force.

As we heard in Milley’s congressional testimony, the truth is that Biden was told this, ignored it, and the rest is history. We also learned that former President Donald Trump was persuaded to change his mind about a complete withdrawal and agreed to leave 2,500 troops in place.

The military believed this small number of troops would be enough support to stop the Taliban from regaining control of the country.

So Biden lied and 13 American servicemembers, and God only knows how many innocent Afghans, died. And now, hundreds of Americans are still stuck in an Afghanistan ruled by a Taliban armed with tens of billions of dollars in operational U.S. war equipment handed to them by Joe Biden.

The polling shows the American people are not happy about this.

When asked if it would have been better for Biden to keep the 2,500 troops in Afghanistan, 60 percent said yes, and only 24 percent said no. 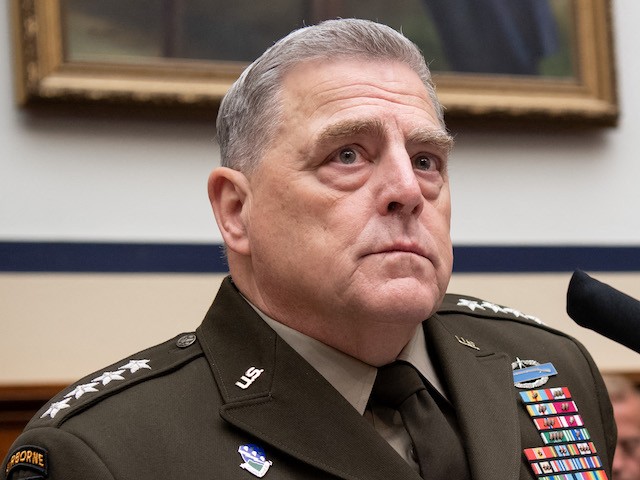 The third question is a real doozy. “Do you agree or disagree with this statement: ‘Biden cannot avoid the consequences of his actions in Afghanistan. He must resign'”?

While America’s fake media do its best to cover up this debacle, most especially the fact that Americans are still stuck in that terrorist-run country, this polling shows that thanks to alternative media and common sense (of course, Biden’s lying), the American people are well informed, know precisely what’s going on, precisely what happened, and who is responsible.