President Joe Biden finally has his answer to the boat parades that President Donald Trump’s supporters staged throughout the 2020 election: his own “parade” of dozens of cargo ships, waiting to dock at clogged Long Beach and Los Angeles ports.

Biden finally got his procession of boats. pic.twitter.com/g2pH5e1qnL

The cargo crisis has been going on for months. In July, Secretary of Transportation Pete Buttigieg held a roundtable on the issue, but the traffic jam grew worse. On Thursday, it was revealed that he had been on paid parental leave since mid-August.

Meanwhile, the number of ships hovering offshore in Southern California has only grown. 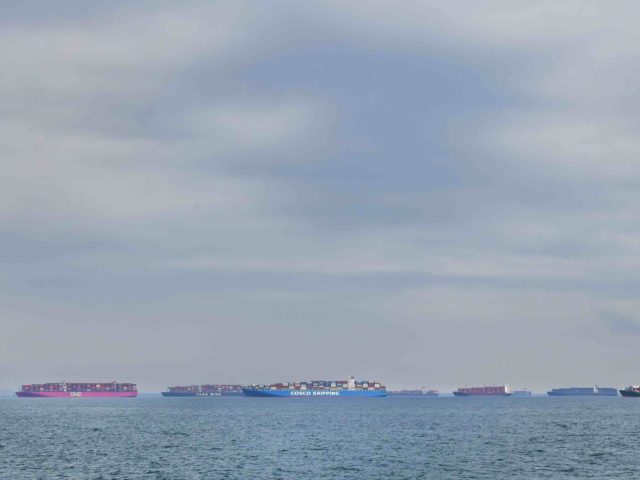 Cargo ships filled with containers wait offshore for entry to the Port of Los Angeles on October 6, 2021 in Los Angeles, California as supply chain disruptions continue to affect the US economy. – A record number of cargo ships have been stuck in limbo off the southern California coast waiting for entry to either the Ports of Los Angeles or Long Beach and Federal transportation investigators say premilinary findings suggest the recent oil spill off the southern California coast may have been caused by a ship’s anchor hooking and tearing the pipeline that transports oil from platforms out at sea to the Port of Long Beach. (Photo by Frederic J. BROWN / AFP) (Photo by FREDERIC J. BROWN/AFP via Getty Images) 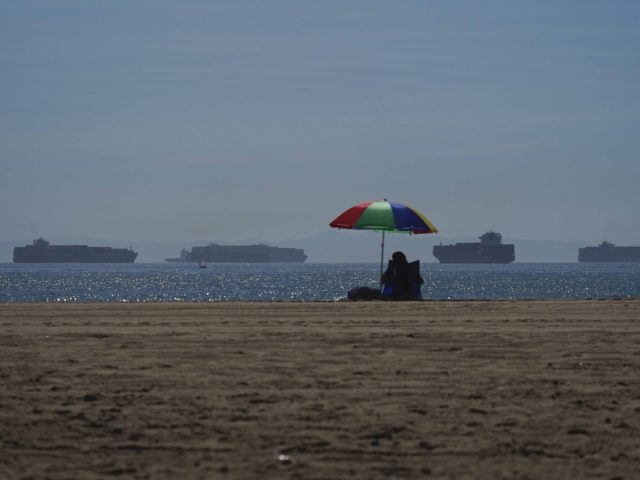 A beach goer sits on the beach in Seal Beach Calif., Friday, Oct. 1, 2021, as container ships waiting to dock at the Ports of Los Angeles and Long Beach are seen in the distance. With three months until Christmas, toy companies are racing to get their toys onto store shelves as they face a severe supply network crunch. Toy makers are feverishly trying to find containers to ship their goods while searching for new alternative routes and ports. (AP Photo/Jae C. Hong) 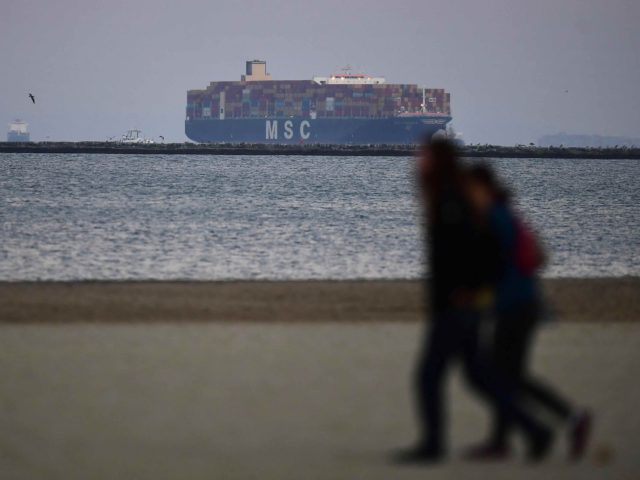 A cargo ship filled with containers waits to dock at the Port of Los Angeles or Port of Long Beach on September 28, 2021 in Los Angeles, California as a couple walk by at Cabrillo Beach. – A record number of cargo ships are stuck floating and waiting off the southern California coast amid a supply chain crisis which could mean fewer gifts and toys for Christmas this year as a combination of growing volumes of cargo, Covid-19 related saftey measures and a labor shortage slow the handling and processing of cargo from each ship. (Photo by Frederic J. BROWN / AFP) (Photo by FREDERIC J. BROWN/AFP via Getty Images)

Some have blamed the traffic jam for a recent oil spill off the coast of Orange County, which may have been caused by a ship’s anchor dragging a pipeline. 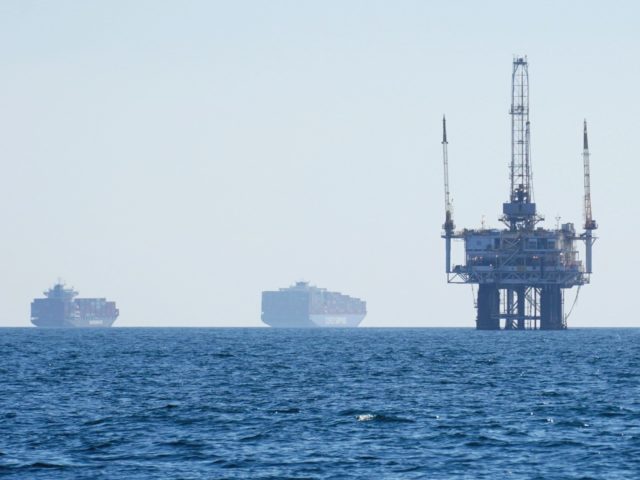 The cargo crisis has also been associated with empty shelves and higher inflation.

This week, Biden announced that an agreement had been reached with the labor unions that represent dock workers to move the ports to 24/7 capacity in an attempt to alleviate the backlog. There are also shortages of trucking and warehouses.