President Joe Biden returned from his trip to Europe early Wednesday morning, remaining silent after his party lost in the blue state of Virginia and margins stayed tight in New Jersey.

The president did not speak to reporters are departing Air Force One at 1:06 a.m. just hours after he predicted a former Gov. Terry McAuliffe win in Virginia.

But Biden landed at Joint Base Andrews as Virginia Governor-elect Glenn Youngkin took the stage in the early morning hours to declare victory over the Democrats in a blue state.

Biden was also silent as he arrived at the White House at 1:38 a.m. as reporters shouted questions about the election results. 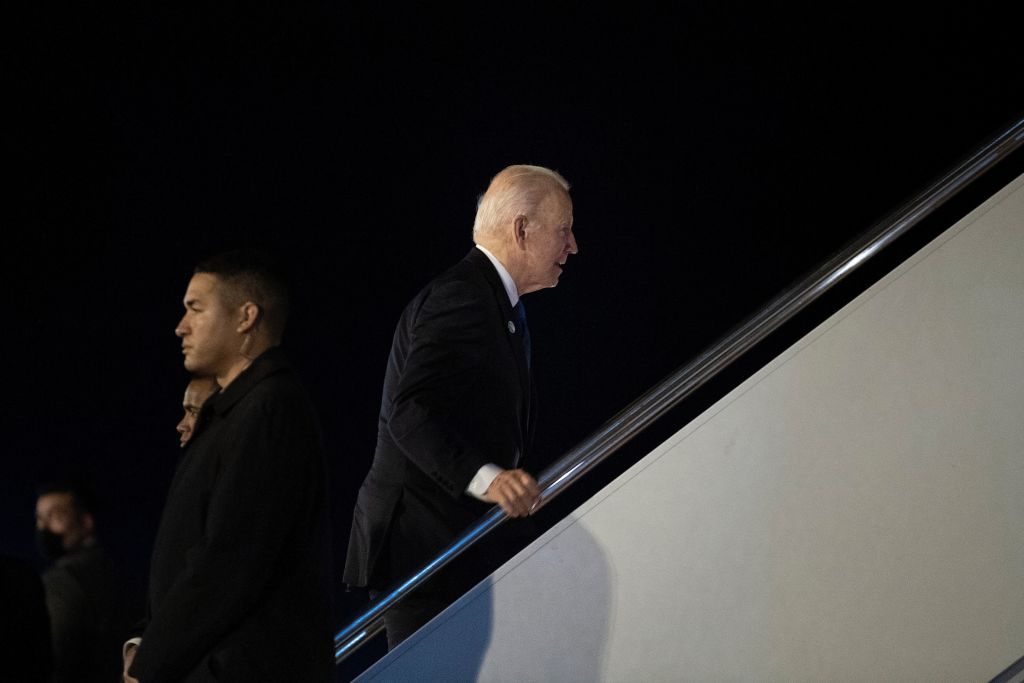 Despite campaigning twice for failed candidate for Virginia governor Terry McAuliffe, Biden tried to stress in Glasgow that a defeat for McAuliffe would not inhibit his ambitious leftist agenda.

“I’ve not seen any evidence that whether or not I am doing well or poorly, whether or not I’ve got my agenda passed or not, is going to have any real impact on win or lose,” Biden claimed at the press conference.

Elsewhere in the president’s political circles, Democrats questioned Biden’s embrace of the political leftists in his party.

“Some in Biden-land are already asking themselves if the president has allowed himself to be tugged too far to the left while in office, and those voices are likely to get louder now,” reported an editor at the New York Times on social media.

The president has no public events scheduled for Wednesday.