President Joe Biden still has not signed his $1.2 trillion dollar infrastructure bill, citing his desire to wait until Republicans can join him for the signing ceremony.

The more than 1,200-page bill was passed in the House Friday night.

The president told reporters Friday night he would sign the bill “soon” but said he wanted to time it right so more members of Congress could join him for the signing ceremony.

“I’m not doing it this weekend because I want people who worked so hard to get this done — Democrats and Republicans — to be here when we sign it,” he said.

After the bill passed, Biden left the White House for a weekend at his vacation home at Rehoboth Beach, Delaware: 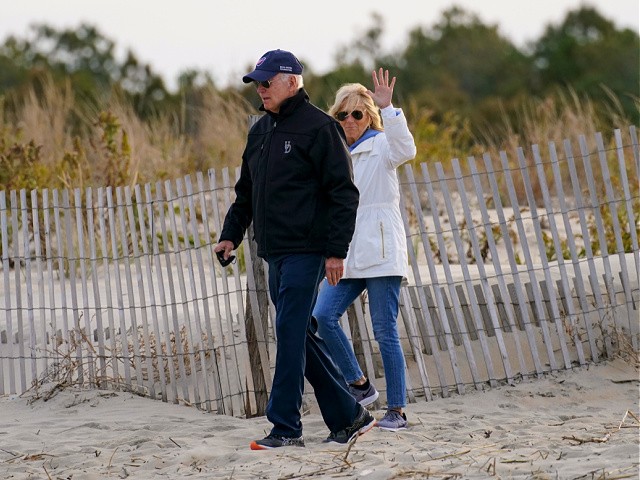 The president will return to the White House on Monday, but his schedule does not include a signing ceremony for the bill. The only public event for Biden on Monday will be welcoming the Milwaukee Bucks at the White House to honor them for their 2021 NBA championship.

It is unclear which Republicans will join Biden at the White House to celebrate the bill.

Ultimately, 19 Republican senators were criticized for the infrastructure bill in the Senate, and 13 Republican representatives supported it in the House.