“Trump has posited that the statues of Founding Fathers could come down following the removal of Confederate symbols across the country. Historians say he’s wrong,” wrote the far-left liars at NBC News in 2017.

On Monday, Democrats in New York removed a statue of Thomas Jefferson from City Hall, and here are some delicious screenshots:

“Art handlers packed up an 884-pound statue of Jefferson in a wooden crate Monday,” reports the New York Post, “after a mayoral commission voted to banish the likeness of the nation’s third president from City Hall where its resided for nearly two centuries — because he owned slaves.”

About a dozen workers with Marshall Fine Arts spent several hours carefully removing the painted plaster monument from its pedestal inside the City Council chambers and surrounding it with sections of foam and wooden boards.

They then lowered the massive structure down the stairs leading to the building’s first-floor rotunda with a pulley system and ushered the Founding Father out the back door.

The man who is almost certainly the most important world thinker of the second millennium, a man whose ideas and words not only freed a nation but paved the way that would end the institution of slavery, something as old as mankind itself, has now been banished from a City Hall.

And at the time when Trump warned this would happen, fake news outlets like NBC News knew Thomas Jefferson and George Washington were next but chose to lie to the public as a means to get those confederate statues removed.

A statue of Abraham Lincoln was defaced over the weekend at San Francisco's City Hall, the latest assault on heroes of American history. https://t.co/wlGpMcsyhH

Because that’s how these godless fascists do it—an inch at a time, and so we’re promised it will stop with the great Robert E. Lee, but then it’s Jefferson and even Abraham Lincoln.

We’re told homosexuals just want to be allowed to get married. Then our children are perverted with Drag Queen Story Hours, with mentally unstable men roaming girls locker rooms, with blacklisting and reputational destruction if you dare tell the biological truth about sex and gender. 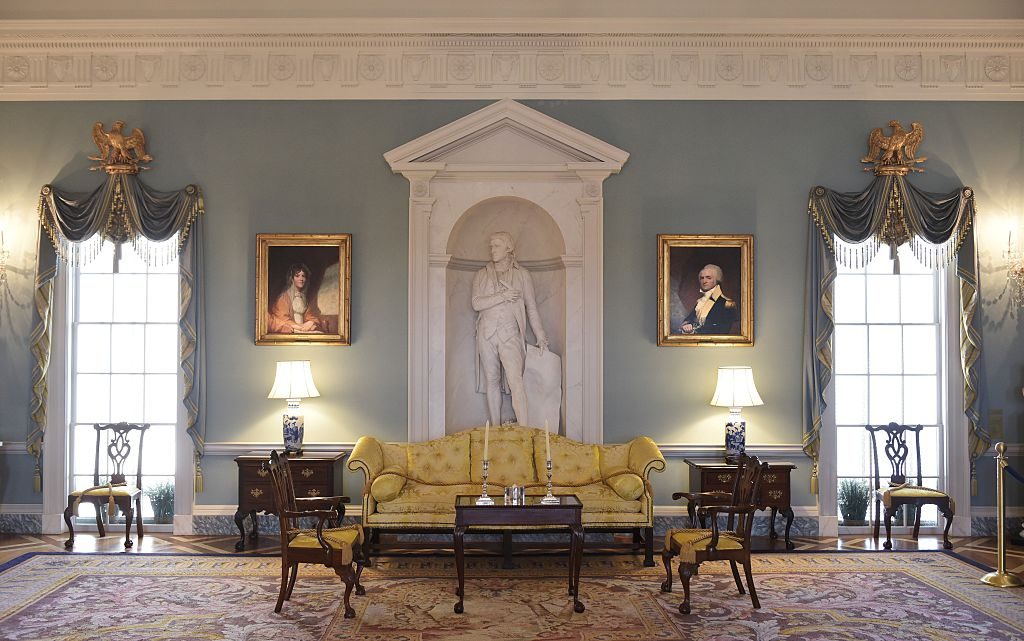 He was a man who stood for the very thing that most threatens the fascist left, and that’s individual liberty—the right of each of us to live, speak, act, behave, believe, and worship in whatever way we choose.

That’s what the left despises about Jefferson and the Founding Fathers. That’s why they want him disappeared, removed, blacklisted and forgotten.