Florida businessman Stephen Alford pleaded guilty in federal court last week for attempting to extort $25 million from Rep. Matt Gaetz’s (R-FL) family in exchange for making as of yet unproven allegations of sexual impropriety against the congressman disappear.

“Alford, who had entered a not guilty plea Oct. 1, changed that plea at a 2 p.m., Monday hearing in Pensacola before U.S. Magistrate Elizabeth Timothy,” reported Northwest Florida Daily News. “He pleaded guilty to one of the three counts of wire fraud he was originally charged with.”

“A charge of tampering with evidence was thrown out. That charge resulted from Alford destroying a cellphone before federal agents could confiscate it,” the report added. 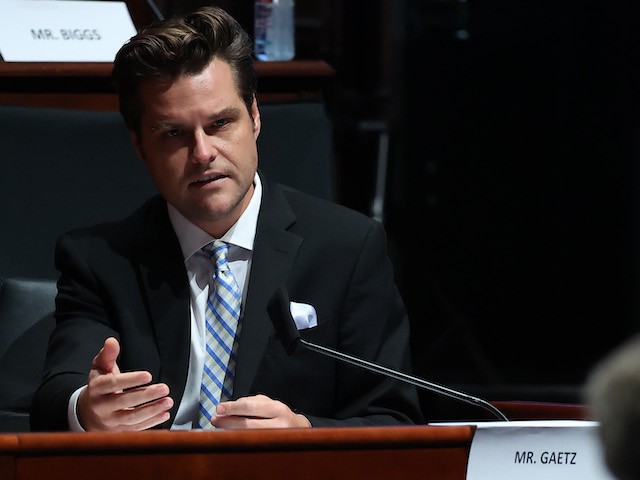 Alford could face up to a maximum of 20 years in prison when he is sentenced on February 16 of next year.

Alford allegedly participated in an extortion scheme wherein Matt Gaetz’s father, Don Gaetz, was asked if he would contribute $25 million to a fund that would help locate Robert Levinson, a former FBI agent who was kidnapped in Iran and is now presumed dead. If Don Gaetz cooperated, it was promised that a presidential pardon would be granted to his son, who is currently under investigation for sex trafficking a 17-year-old girl. CNN provided more details:

The indictment alleged that Alford helped orchestrate outreach from a person identified as “Person A” to a person dubbed “D.G.,” who was presented an offer of assistance in securing a presidential pardon for a family member of D.G. Alford himself eventually engaged with D.G., according to the indictment, in an in-person meeting and over texts.

Alford is also alleged to have crafted a letter titled “Project Homecoming” laying out the scheme. The letter, according to the indictment, called for $25,000,000 to be transferred to the account of an unidentified law firm. According to the indictment, the letter said that Alford’s team had been “assured by the President” that the President will “strongly consider” a “Presidential pardon” or an instruction to the Justice Department that it terminate its investigations into the family member.

Gaetz has asserted that the allegations of sexual impropriety are false and stemmed from the extortion attempt against him and his family.

“What is happening is an extortion of me and my family,” Gaetz told Tucker Carlson in March, adding he received a text message “demanding a meeting wherein a person demanded $25 million in exchange for making horrible sex trafficking allegations against me go away.”