House and Senate Democrats who have claimed to be champions for labor unions are silent as the Kellogg Company, whose largest shareholder is the left-wing W.K. Kellogg Foundation, is set to replace about 1,400 American union workers who have been on strike since October.

American union workers employed at Kellogg’s have been striking as of October 5, protesting what they say are grueling working conditions at plants in Battle Creek, Michigan; Omaha, Nebraska; Lancaster, Pennsylvania; and Memphis, Tennessee.

The workers and their union, the Bakery, Confectionery, Tobacco Workers, and Grain Millers’ International Union (BCTGM), allege that Kellogg’s executives have threatened to move manufacturing to Mexico in an effort to bust up their striking.

In October, a BCTGM union representative said Kellogg’s “continues to threaten to send additional jobs to Mexico if workers do not accept outrageous proposals that take away protections that workers have had for decades.” 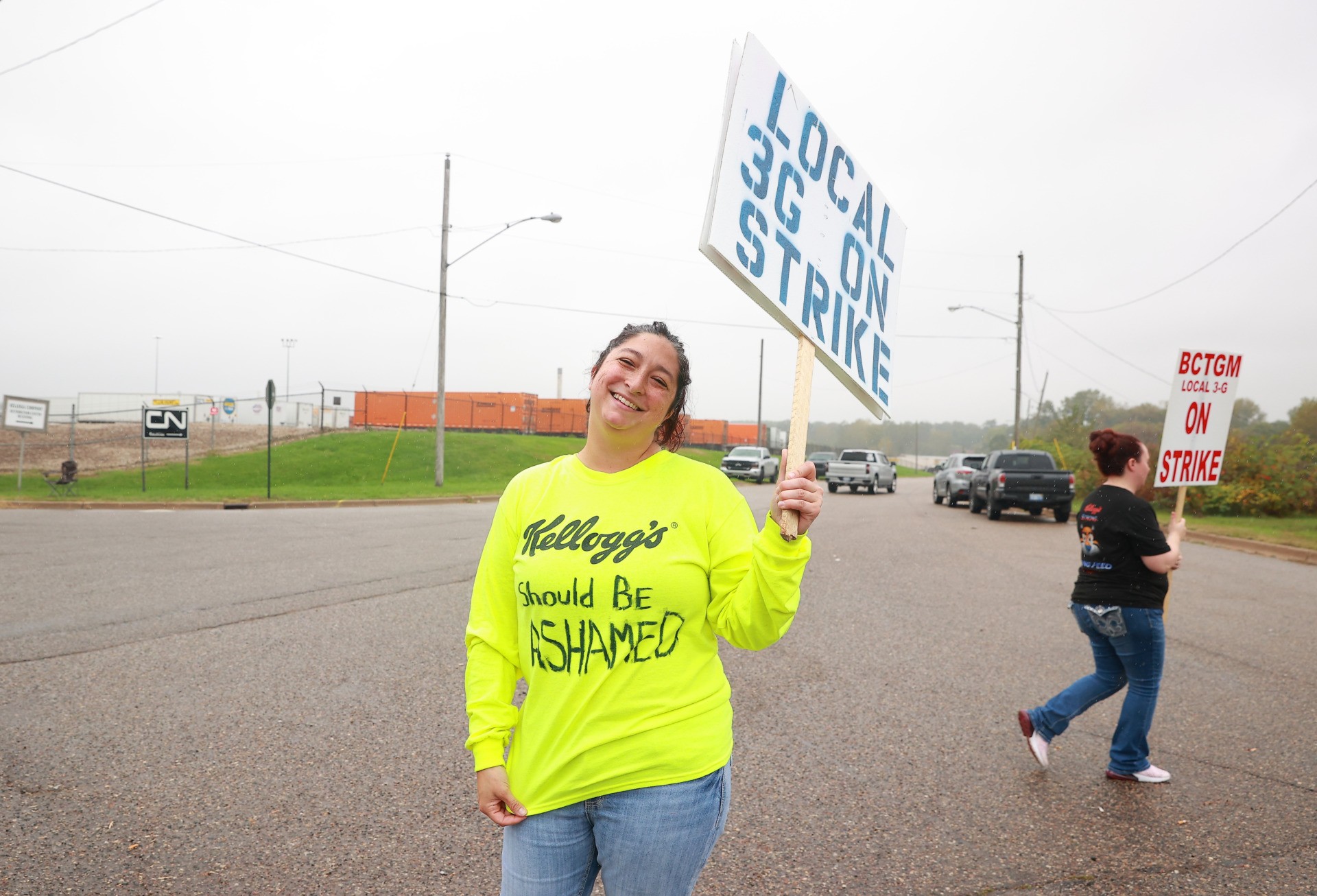 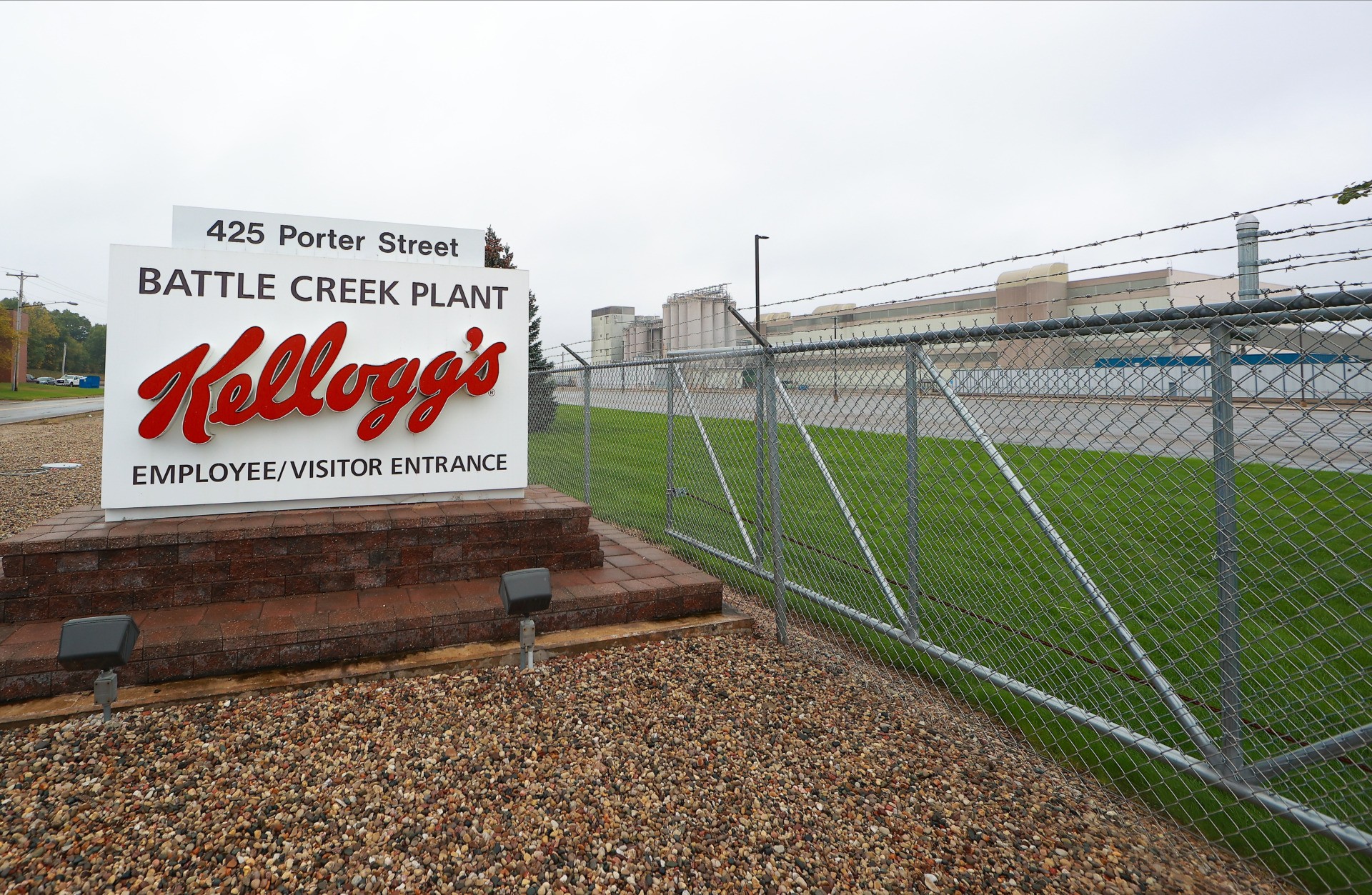 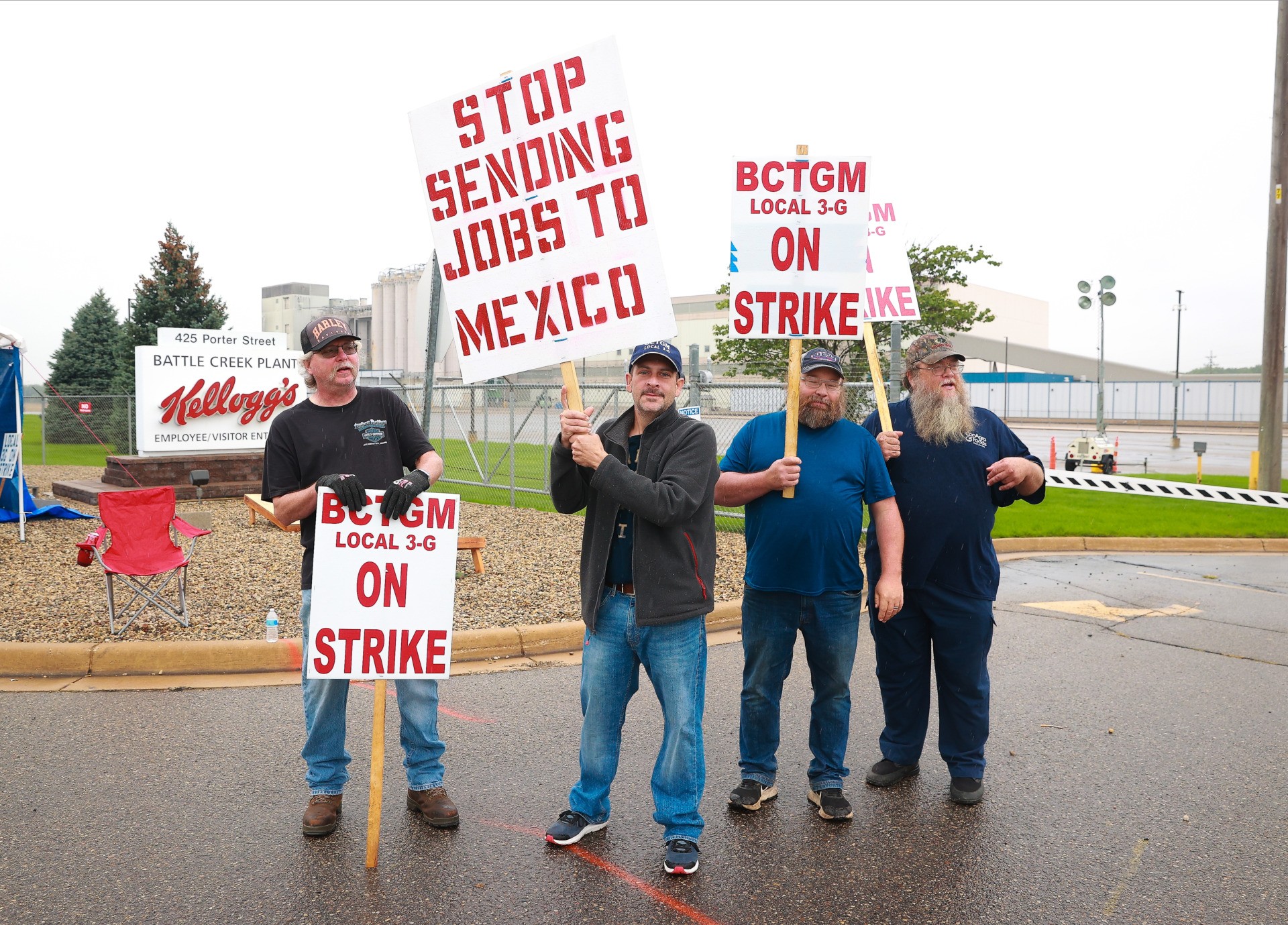 Weeks after beginning their strike, support poured in from some Senate Democrats who wrote to Kellogg’s CEO Steve Cahillane that threats to send workers’ jobs to Mexico are “absolutely outrageous” and “un-American and unacceptable” while negotiating a labor contract.

This week, BCTGM President Anthony Shelton announced that striking union workers voted down signing the latest labor contract offered by Kellogg’s which would have limited the number of workers at plants who can move up from the company’s lower-wage level to its higher, more legacy wage level.

“The members have spoken. The strike continues,” Shelton said in a statement. “The BCTGM is grateful for the outpouring of fraternal support we received from across the labor movement for our striking members at Kellogg’s. Solidarity is critical to this fight.”

Now, Kellogg’s executives say they plan to permanently replace striking union workers. Some of those new hires could eventually be foreign visa workers as the company may struggle to find replacements in a tight labor market where 11 million jobs remained open in October.

“While certainly not the result we had hoped for, we must take the necessary steps to ensure business continuity,” President of Kellogg North America Chris Hood said in a statement.

Hundreds of House and Senate Democrats, along with two House Republicans, signed on as sponsors and cosponsors to the Protecting the Right to Organize (PRO) Act — suggesting this is as evidence that they stand with American union workers against abusive business practices.

The legislation, reintroduced in February, would boost union membership around the United States and strengthen the power that private-sector unions have in negotiations with employers like Kellogg’s. 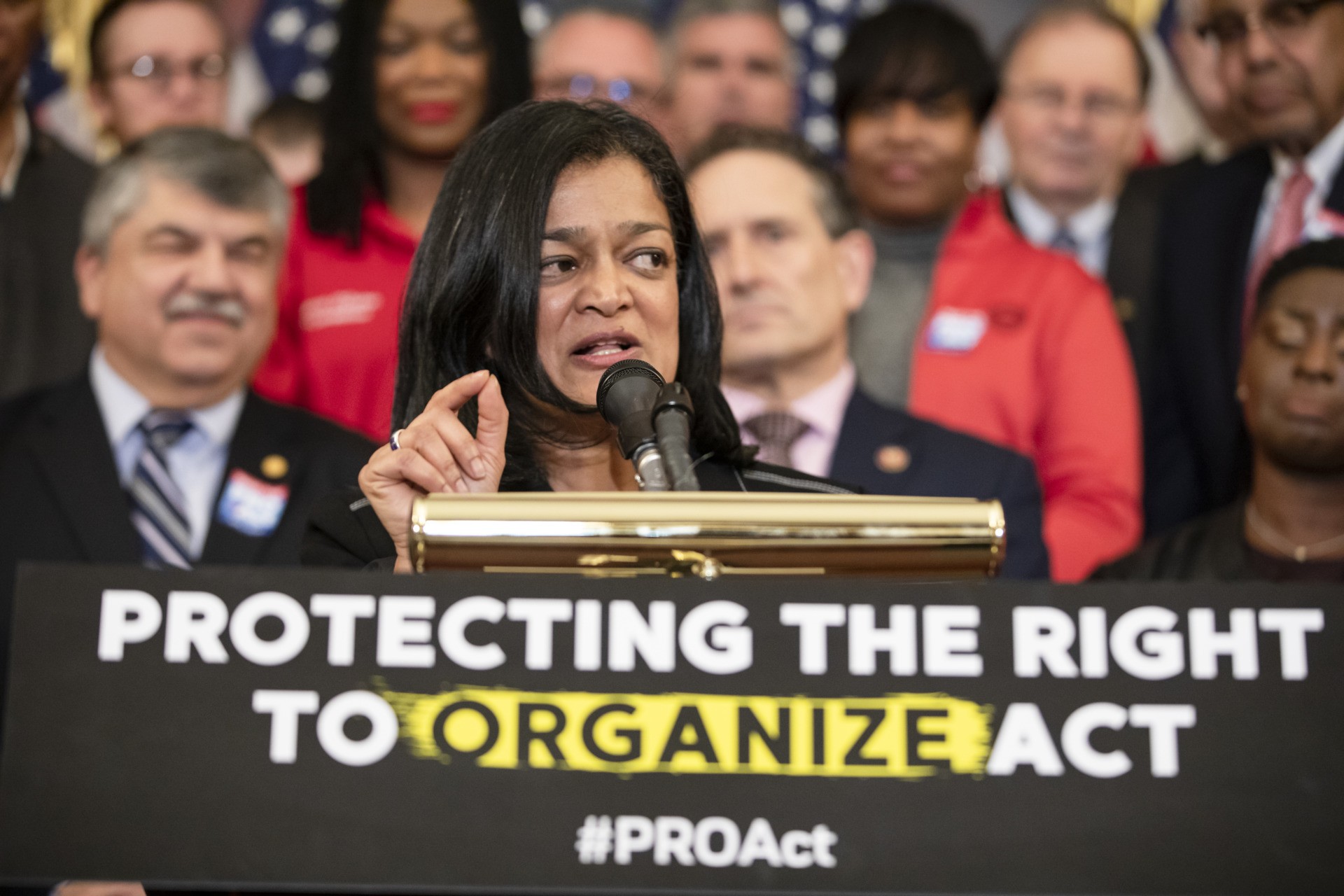 Rep. Pramila Jayapal (D-WA) speaks during a press conference advocating for the passage of the Protecting the Right to Organize (PRO) Act in the House of Representatives later this week on Capitol Hill on February 5, 2020 in Washington, DC. (Samuel Corum/Getty Images) 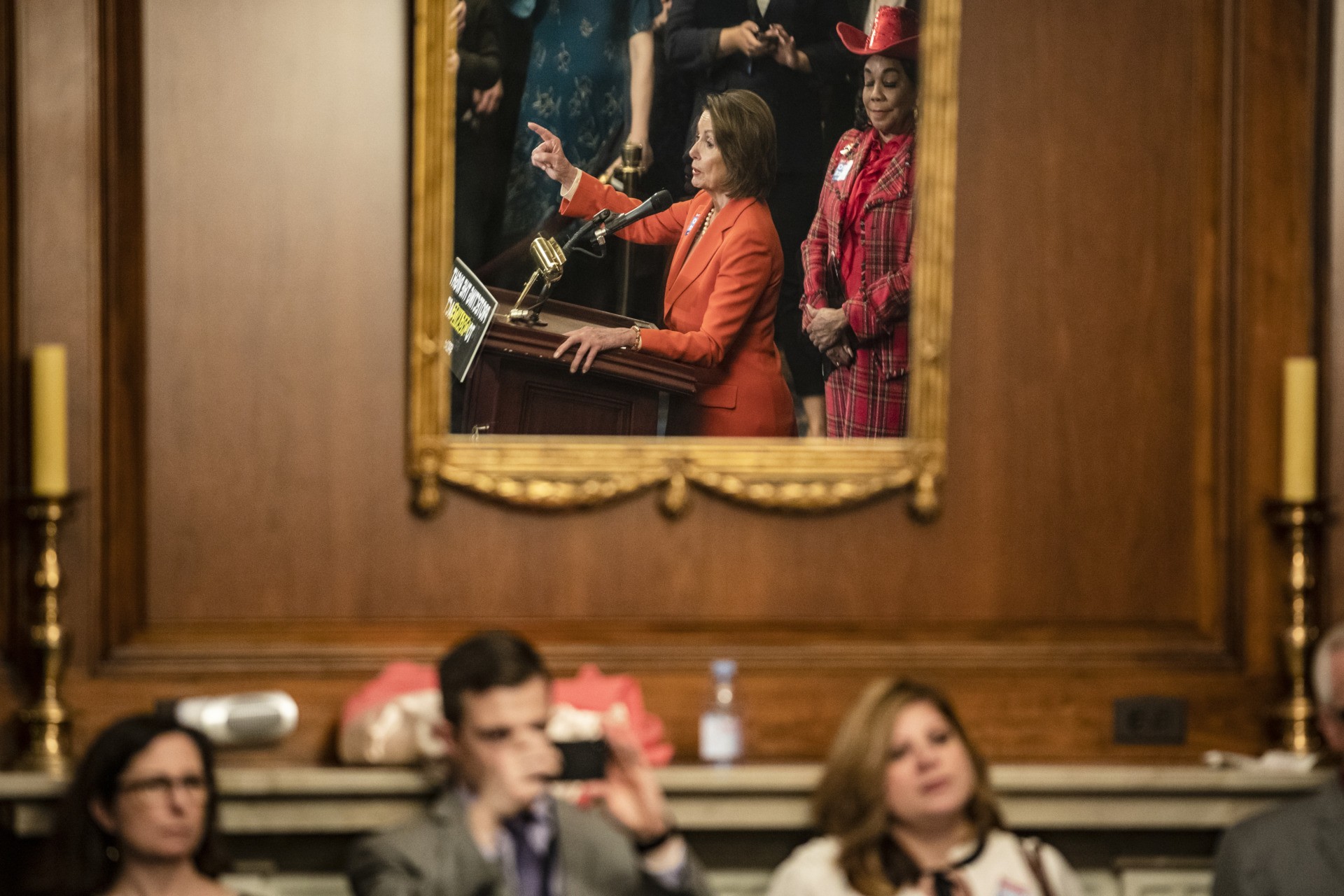 Speaker of the House Nancy Pelosi (D-CA) speaks during a press conference advocating for the passage of the Protecting the Right to Organize (PRO) Act in the House of Representatives later this week on Capitol Hill on February 5, 2020 in Washington, DC. (Samuel Corum/Getty Images)

In requests for comments from Breitbart News to House and Senate Democrats, as well as Reps. Chris Smith (R-NJ) and Brian Fitzpatrick (R-PA), who sponsored and cosponsored the PRO Act, none of the lawmakers provided a statement.

Those lawmakers who did not respond to a request for comment are:

The stock market reacted quickly to the news that Kellogg’s is readying a plan to replace its striking union workers with shares for the company dropping sharply by 2.4 percent. The drop in shares comes as Kellogg’s has struggled in the last 12 months with shares dropping 1.3 percent from a year ago even as the S&P 500 is up 26.6 percent.

For years, Kellogg’s has been at war with the American Right.

In November 2016, Kellogg’s executives announced that they would be pulling all ads from Breitbart News, stating that its coverage and millions-strong readership are not “aligned with our values as a company.” 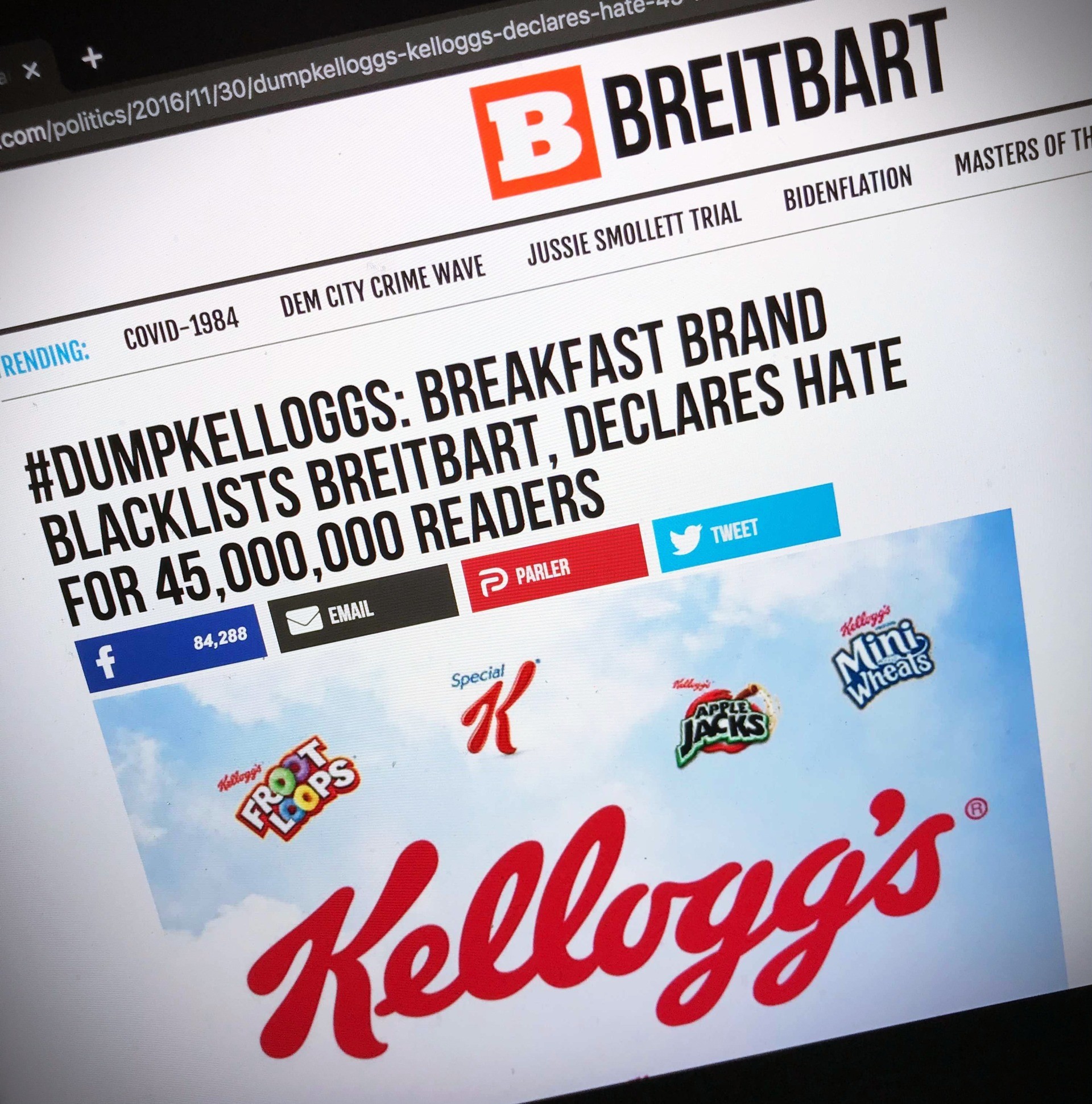 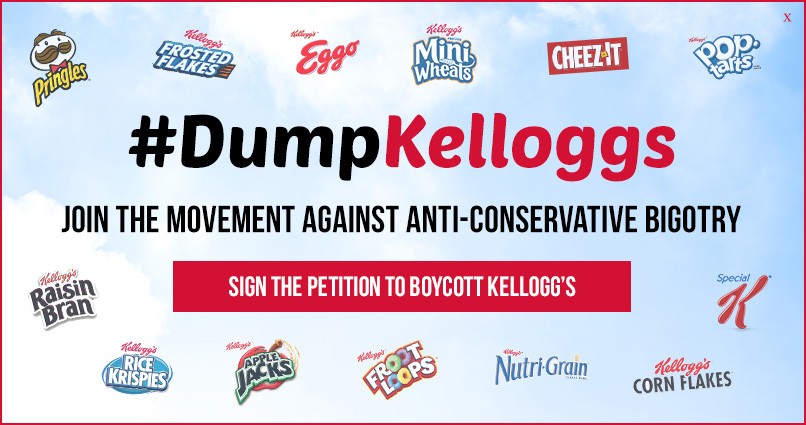 Likewise, Kellogg’s shuttered 39 of its distribution centers across the U.S. in February 2017.

“It is an outrage for Kellogg’s – an iconic American company – to turn its back on working families,” Jim Hoffa, president of the International Brotherhood of Teamsters, said in a statement at the time.

Americans who worked for Kellogg’s as sub-contractors filed a class action lawsuit against the company in July 2017 for breach of contract, wrongful termination of contracts, and lack of fair dealing.

“When I found out [I was losing my job] I was quite devastated because I am now turning 60 years old, so my retirement is gone,” one of the sub-contractors said at the time. “I’m not crazy about Kellogg’s anymore. Corporate greed won out over people.”