A State Department spokesperson confirmed to the South China Morning Post on Tuesday that President Joe Biden is sending over a dozen officials to China in anticipation of the 2022 Beijing Winter Olympics, an apparent violation of his own “diplomatic boycott.”

A “diplomatic boycott” is not a boycott of the Olympics. Diplomats do not traditionally perform athletic competitions at the Olympics and have no material role in the events at the Games. It is instead a symbolic gesture in which the politicians of a country do not attend the ceremonies surrounding the sports competitions in protest.

Biden’s administration announced the diplomatic non-boycott this month as a protest against China’s extensive human rights abuses against its own citizens, most prominently the genocide of the Uyghur people in East Turkistan. The Chinese Communist Party is also engaging in ethnic cleansing and potential genocide in Tibet and severely persecutes religious believers, including Tibetan Buddhists, Muslims, and Christians around the country.

Human rights activists have demanded a true boycott of the Olympics to deny Beijing the honor of being an Olympics host while it engages in genocide. No country has heeded the call at press time.

Contrary to the White House’s claim of a “diplomatic boycott,” the Chinese Foreign Ministry confirmed on Monday that several American officials have applied for Chinese visas specifically to attend the Beijing Olympics. 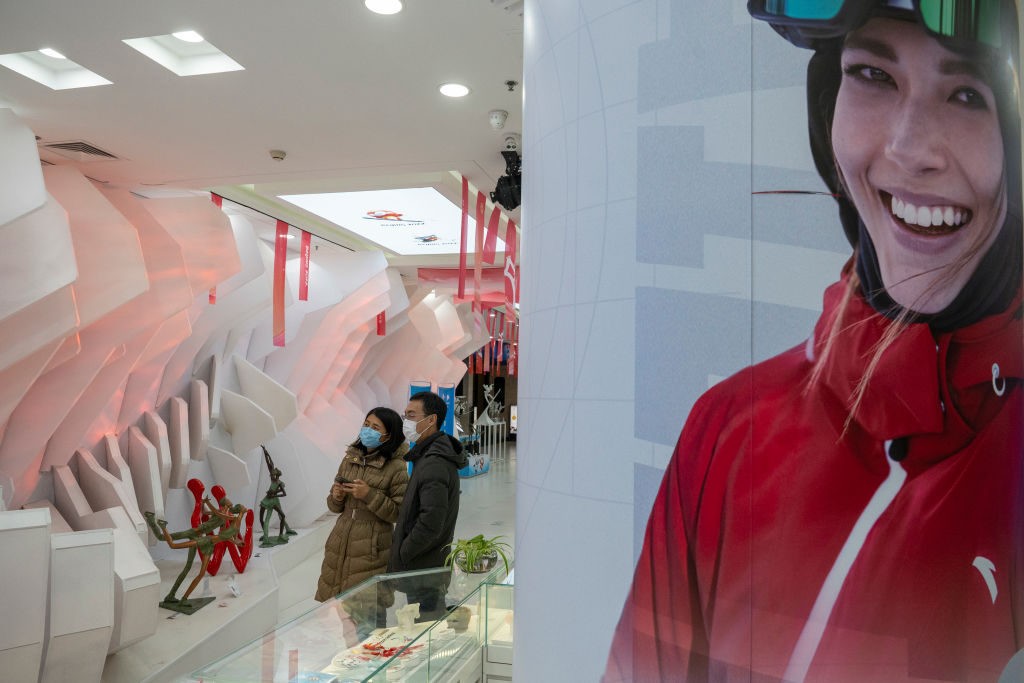 People are seen inside the official store of Beijing 2022 Winter Olympics merchandise on December 16, 2021 in Beijing, China. (Andrea Verdelli/Getty)

“The Chinese side has received the visa applications from relevant US personnel,” Foreign Ministry spokesman Zhao Lijian told reporters. “Earlier, the US side, driven by political manipulation, directed and staged a farce of not sending a diplomatic or official delegation to the Beijing Winter Olympics even though no invitation had been extended.”

Zhao promised the Communist Party would process the visa applications “in accordance with international customary practice, relevant regulations, and the principle of reciprocity.”

The South China Morning Post received a confirmation from the U.S. State Department that its employees had applied for the visas on Tuesday.

“We intend to provide consular and diplomatic security services to ensure our athletes, coaches, trainers and staff are secure and have access to the American citizen services that we provide to all US citizens overseas,” an unnamed spokesperson said.

The Hong Kong newspaper reported that sources indicated that 18 officials from the Biden administration had applied for visas and as many as 40 others would do so in the near future.

Zhao on Tuesday again mocked the idea of a “diplomatic boycott,” especially when diplomats will be present at the event. 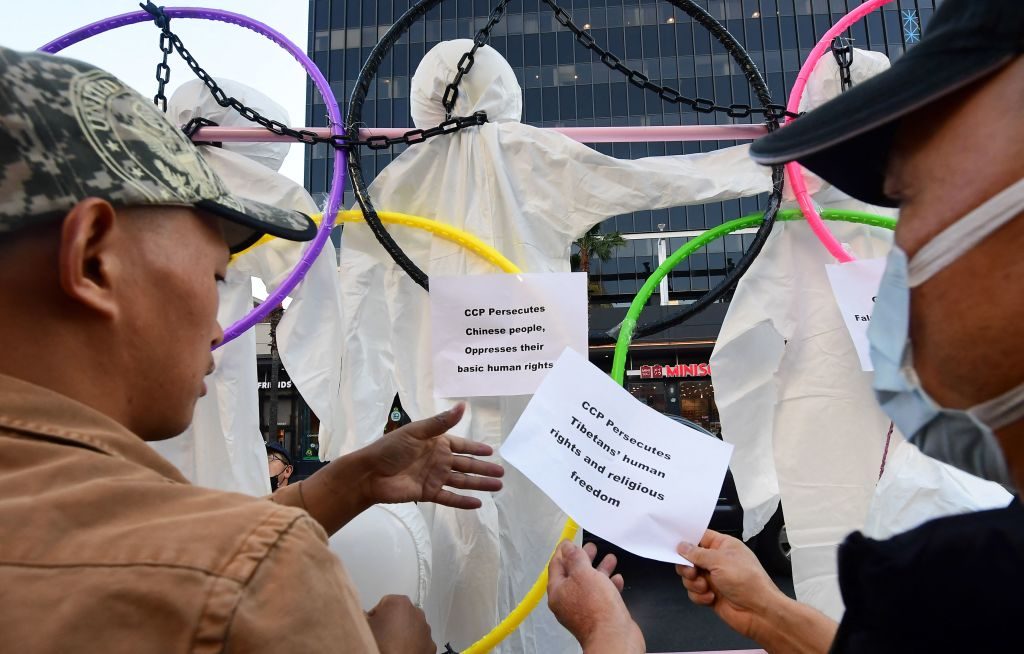 Activists from the China Democracy Party attach signs to figures hanging from Olympic rings as they hold a “No Rights No Games” rally on International Human Rights Day in Hollywood, California on December 10, 2021. (FREDERIC J. BROWN/AFP via Getty Images)

“The U.S. side on one hand claims it will not send any diplomatic or official representation, but on the other hand it is applying for visas for its officials across several departments,” Zhao noted, according to the Morning Post, “including the State and Defense departments. This sort of rhetoric is puzzling.”

The Chinese Communist Party has previously issued statements guaranteeing the “safety and convenience” of American athletes at the Olympics. Last week, Foreign Ministry spokesman Zhao welcomed American athletes already settling into life in Beijing to train and prepare for the event, scheduled to begin in early February.

“The Chinese side will ensure the safety and convenience of all athletes and provide support to each and every one of them in the pursuit of their Olympic dream. We hope that they will be able to excel themselves with their best performance,” Zhao said during a regular press briefing.

The International Olympic Committee (IOC) also intervened, claiming that its president, Thomas Bach, had held a video call with Peng and found her happy and healthy. Peng is a former Olympian.

The Chinese regime has repeatedly stated that Peng is safe and the regime did not intervene, but her Weibo post rapidly disappeared and she resurfaced in late December claiming she had never accused anyone of sexual assault, in direct contradiction to her post. The Women’s Tennis Association (WTA), unlike the IOC, responded to the scandal by canceling its tournaments in China indefinitely.