Biden’s comment was the latest example of the president blaming states for coronavirus problems, despite repeated efforts to take charge of the pandemic at the federal level and “shut down the virus.”

It’s unclear which states Biden was criticizing, as several states began the new year by announcing that schools would remain closed. 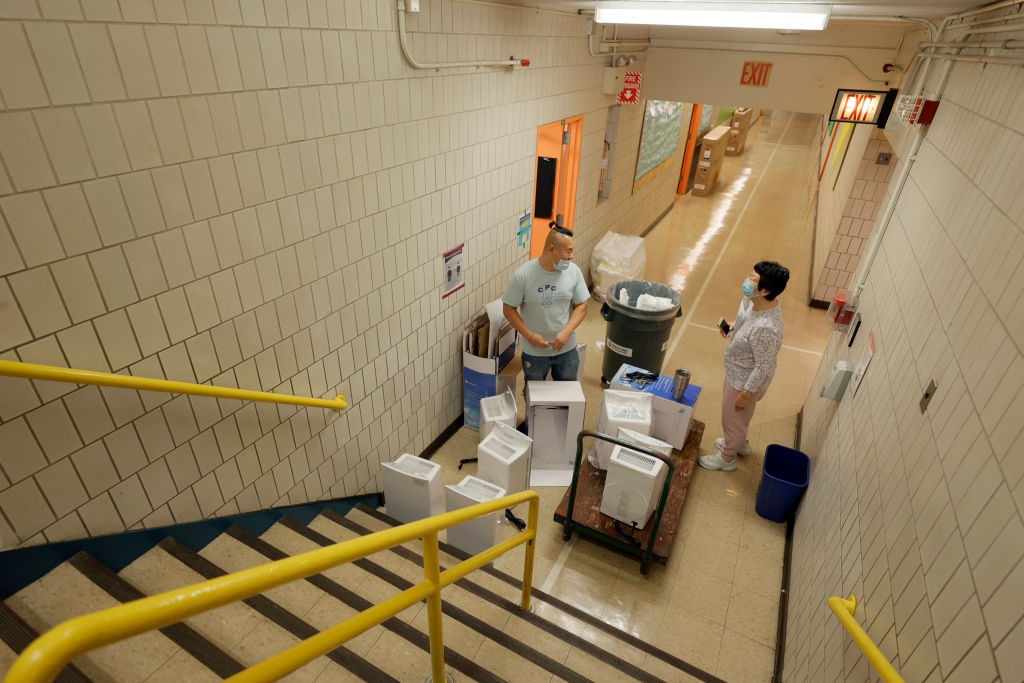 Principal Alice Hom (R) talks with a faculty member at Yung Wing School P.S. 124 on September 02, 2021 in New York City. Surveillance testing will be conducted every other week and will randomly test 10 percent of all students whose parents have consented. (Michael Loccisano/Getty)

“I encourage the states and school districts to use the funding that you still have to protect your children and keep the schools open,” he said.
In December, Biden admitted there was “no federal solution” to the coronavirus pandemic during a video conference call with governors.

“It ultimately gets down to where the rubber meets the road,” the president said, referring to state government. “My message to the governors is simple. If you need something, say something.”