The mother of 24-year-old Dylan McGinnis, who was allegedly murdered by an accused felon that had been bailed out of jail by the left-wing “Bail Project” organization, says President Joe Biden and Vice President Kamala Harris ought to put themselves in the shoes of crime victims.

In an exclusive interview with SiriusXM Patriot’s Breitbart News Saturday, McGinnis’s mother Nikki Sterling, described the murder of her son in Indianapolis, Indiana, on October 1, 2021 — allegedly by 23-year-old Travis Lang, an accused felon, who was able to post bail with the help of the left-wing Bail Project which features celebrities like Richard Branson, Danny Glover, and John Legend on its advisory board.

“Dylan was such a vibrant young man,” Sterling said. “He really had a passion for his friends and his family. He was happy-go-lucky. He loved life. He was humble. He found joy in helping other people, whether it be his grandparents, his friends. He had a beautiful soul.”

“[Dylan] had been assisting a friend through a substance abuse issue and was essentially put in the middle of a situation that placed him with her and Travis Lang, the man who shot my son,” Sterling said.

“He should have never been allowed to be back on the streets. Travis Lang was in jail on three pending felonies and I believe he had one felony on his record,” she continued. “So a total of four felonies, three pending. One was for resisting law enforcement. Another was for the possession of narcotics and the third one for burglary.”

He was arrested in December [2020] for possession of cocaine, a Level 6 felony. Court documents show in January [2021] his $5,000 cash bond was paid by The Bail Project. [Emphasis added]

According to investigators, Lang was a known drug dealer in the area. Following his January bond release, police said he would go on to continue to sell drugs leading to the murder of Dylan McGinnis on Oct. 1. [Emphasis added]

Lang’s bail was just $5,000 and fully paid for by the Bail Project. Sterling said that although jailbreak organizations like the Bail Project fund a suspect’s release, they are not held accountable for any future crimes committed by that suspect or any oversight in the suspect’s pending case.

Even more, Sterling has learned that American taxpayer money is being used to help fund jailbreak operations like bailing out accused felons.

In response to Lang’s alleged murdering McGinnis, Bail Project executive David Gaspar said Lang “had no history of violence” despite the felony charges. Gaspar offered no condolences at the time to McGinnis’s family.

“The Bail Project – Indianapolis successfully supported him in returning to all of his court dates for his pending cases,” Gaspar said in a statement. “It’s important to remember that Mr. Lang is only charged with the current allegations, and it will be up to a judge and jury to determine if those charges have any merit.”

Meanwhile, Sterling said she and her family “were just in complete shock.”

“We didn’t hear that [Travis Lang] had been in jail on three pending felonies until three weeks after the accident had happened … we were just in complete shock of how these organizations are allowed to just go in and bail out whoever they want,” Sterling said.  “They indicate that their mission is to fight incarceration by bailing out low-income individuals but many statements I’ve seen on television made by the organization … is that they don’t actually look at the offender’s criminal history before they bail them out of jail.”

Sterling said that while she has spoken to Indiana legislators and Sen. Mike Braun (R-IN) about her son’s murder, she has yet to hear from Biden and Harris. 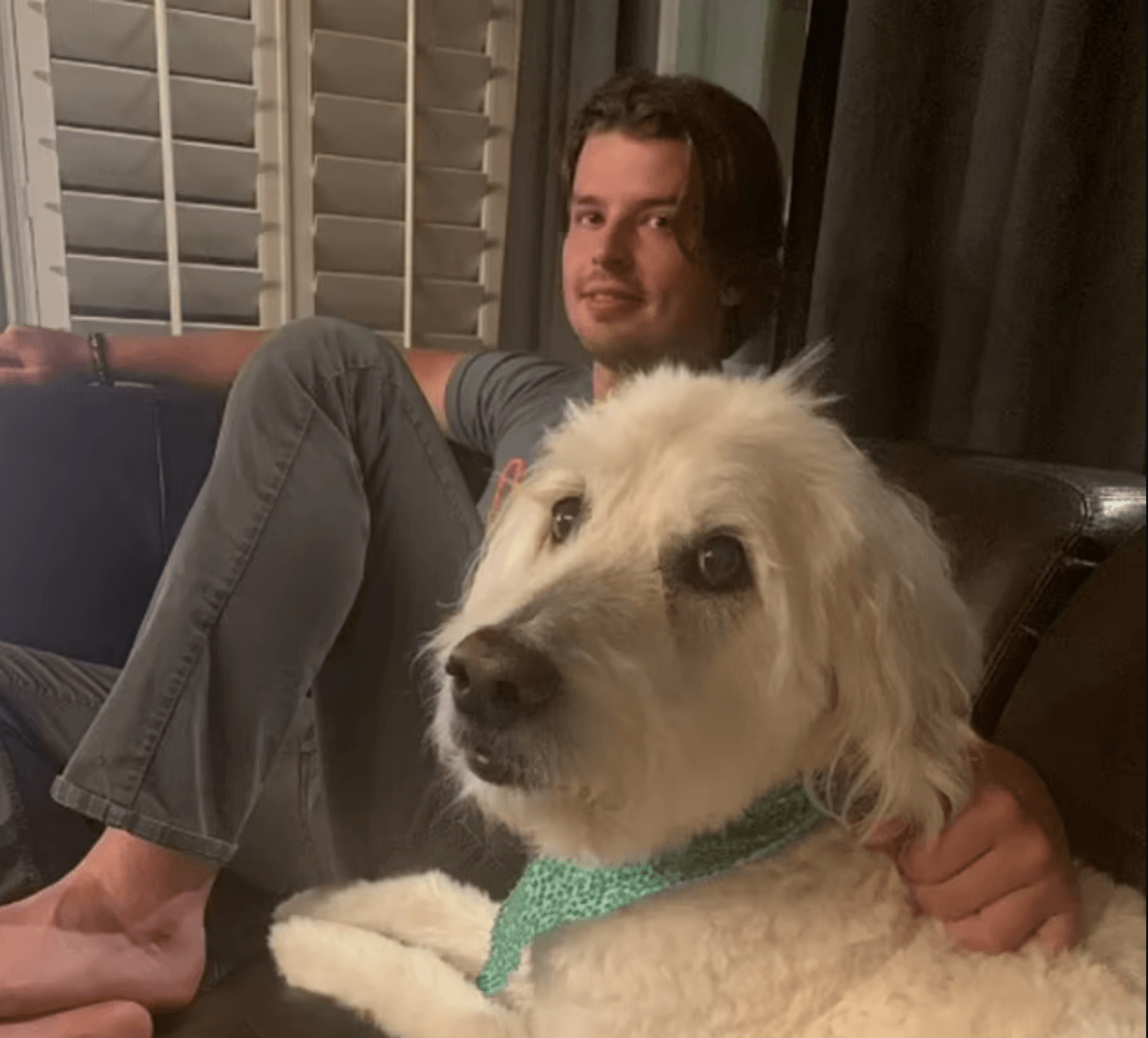 While running for president, Biden championed a plan to end cash bail across the United States while Harris propped up jailbreak organizations that had been helping free convicted domestic abusers.

Sterling said the president and vice president ought to walk in her shoes for a day.

“Until a family, Kamala’s family, or any celebrity’s family is directly impacted by an offender who has been bailed out, and I can assure that with the numbers of offenders who are being bailed out … it will eventually hit home for somebody at the advisory board level,” Sterling said.

“I do know that Joe Biden has unfortunately lost a child and it’s one of the hardest things that an individual, especially a parent and a mother, could ever go through,” she continued. “Take off your political shoes and put yourself into … think on a compassionate level for your child. Would you want the offender that is being released by any charitable bail organization, would you want them to invite them into your house for dinner to expose them to your children? Would you want your children to cross paths with them?”

In Indiana, State Sen. Aaron Freeman (R-Indianapolis) has taken notice of McGinnis’s case and is currently pushing for legislation that would ban groups like the Bail Project from bailing out suspects accused of felonies and would restrict the amount they can pay to $2,000 or less.

Sterling said she is testifying in support of the legislation next week. Americans around the nation, Sterling said, can also help by calling up their state legislators and demanding similar legislation to that of Freeman’s.

“If you look at the increasing crime in Indiana, it increased 59 percent and they were at their all-time high homicides in 2021 and you’re starting to see that across the United States … my fear is that you’re going to see more and more of these offenders get released and pushed back into the streets before regulations can be established,” Sterling said.