#TemperTantrumJoe claimed the number one spot on Twitter’s U.S. trending list this week following President Joe Biden snapping at Fox News reporter Peter Doocy, calling him a “stupid son of a bitch” after the journalist asked about inflation — an issue that has plagued Biden’s presidency.

The exchange occurred on Monday after Doocy asked about rising inflation and how that will affect Democrats in the midterm elections.

“Do you think inflation is a political liability in the mid-terms?” Doocy asked.

“It’s a great asset,” Biden sarcastically responded. “More inflation. What a stupid son of a bitch.”

.@JoeBiden doesn't like it when reporters ask about inflation: "What a stupid son of a bitch." pic.twitter.com/tF2oIogVvZ

“#Bidenflation is destroying America and if you’re are worried about it #TemperTantrumJoe calls you a SOB,” one user noted.

“Dude can’t even speak in a full sentence so has a tantrum because someone asked a valid question. #TemperTantrumJoe,” another said.

“#TemperTantrumJoe Joe Biden is cracking under the pressure of not actually knowing wtf is actually going on in America and it makes him angry,” another observed.

“Let’s get Angry grandpa back to the basement where he belongs #TemperTantrumJoe,” another chimed in as others made similar observations:

You know you failed when you campaigned on being the “adult” but just a year and some days into your Presidency #TemperTantrumJoe is top trending.

If Joe Biden can't handle Peter Doocy, how is he supposed to handle Vladimir Putin?

Irritability and lack of restraint are symptoms of dementia. #TemperTantrumJoe

Biden apologized to Doocy, but he still didn't answer Peter's question about why Biden is destroying the economy.#TemperTantrumJoe

Joe Biden in January of 2021: "But I'm not joking when I say this, if you are ever working with me and I hear you treat another colleague with disrespect, talk down to someone, I promise you I will fire you on the spot." pic.twitter.com/XXH5GoRORn

According to reports, Biden later called Doocy and apologized.

In recent weeks, Biden has finally come to terms with the fact that inflation is a persistent issue. It was not until November that Biden conceded, admitting that inflation was a problem after months of dismissing as a temporary issue. 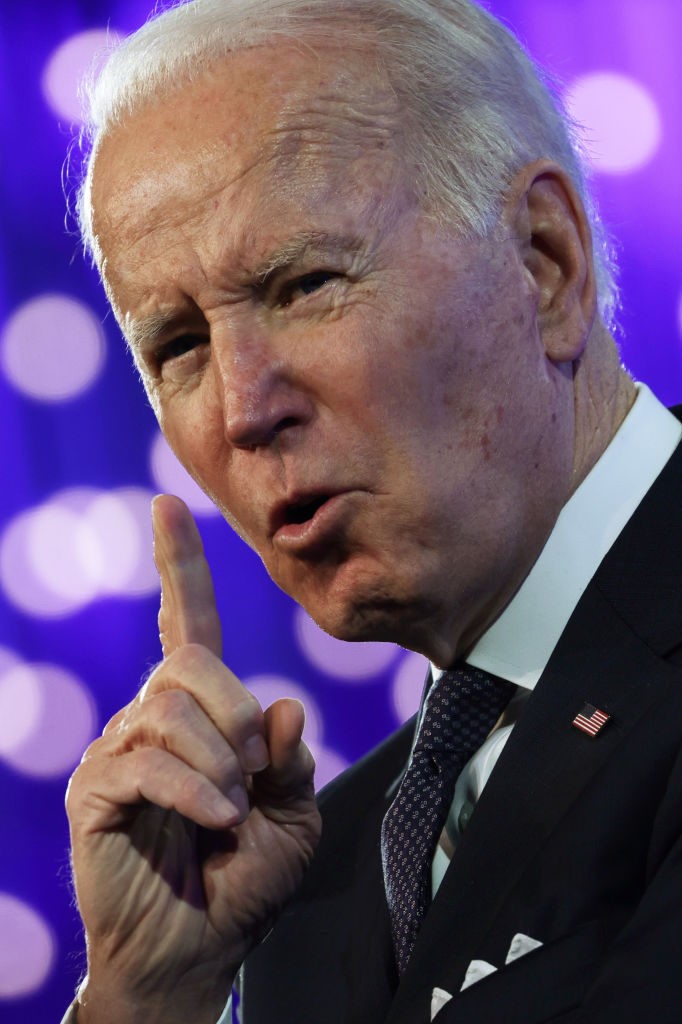 “Some folks have raised worries that this could be a sign of persistent inflation. But that’s not our view,” he said on July 19, taking months to change his position.

“Everything from a gallon of gas to loaf of bread costs more,” Biden said, changing his stance, in November. “And it’s worrisome, even though wages are going up.”