Like Mississippi and other states across the country, Florida lawmakers are advancing legislation that would protect the unborn from being aborted after 15 weeks gestation.

“Abortion is always of interest to pro-life Catholics,” Cindy Pidala of Tampa said in a Tallahassee Democrat report on a hearing on the bill.

“These are babies,” Stargel said. “These are a separate and apart human being within that woman … and the court has long recognized important, legitimate interest (in) protecting the potentiality of human life.”

The Florida development is taking place as the United States Supreme Court considers overturning the 1973 Roe v. Wade decision that made abortion on demand the law of the land. 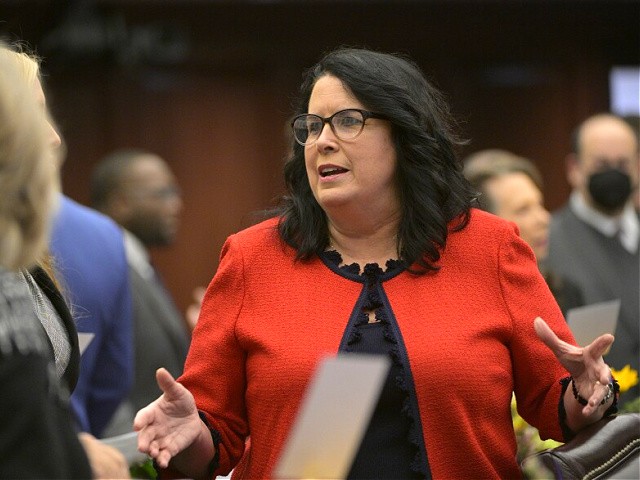 Yahoo News reported on the bill that was voted out of the Senate Health Policy Committee:

The political climate in Tallahassee is favorable for the bill to land quickly on the desk of Gov. Ron DeSantis, who said a 15-week ban “makes sense.” House Speaker Chris Sprowls said the bill would provide new resources to reduce infant mortality, and Senate President Wilton Simpson has also spoke favorably about it.

The committee rejected, however, an amendment from Senate Democratic Leader Lauren Book of Plantation – a child sexual battery survivor – that would have included exceptions for rape and incest.

The Health Policy Committee eventually cleared Stargel’s bill on a 6-4 party line vote. It has one more committee before it goes before the full Senate. The House version, sponsored by GOP state Rep. Erin Grall of Vero Beach, has cleared two committees by a combined vote of 22-11, and is one committee from a House floor vote.

John Stemberger of the Orlando-based Florida Family Policy Council, an advocacy group focused on “marriage, family, and liberty,” spoke at the committee hearing.

“The problem this bill solves is that Florida has become a late-term abortion destination state … we’re not just known for our theme parks,” Stemberger said.

“A legislative staff analysis said that in 2020, ‘there were 209,645 live births in Florida. In the same year, there were 72,073 abortion procedures performed in the state,’” Yahoo reported.

Florida law currently prohibits abortions during the third trimester — up to 24 weeks — with certain medical exceptions.

Many Republican-led states, though, are challenging abortion rights nationwide. In October, Texas enacted one of the strictest abortion laws in the nation, making the procedure illegal after six weeks. West Virginia, meanwhile, introduced legislation Tuesday to impose a 15-week abortion ban.

The measure will appear next before the Senate Appropriations Committee. It further contains provisions that would loop pregnant women into a tobacco education program, among other provisions.

“This bill safeguards innocent, unborn children with beating hearts, who can move, taste, see, feel pain, and whose lives should be protected under the laws of this state,” Stargel said.