The White House warned again Friday that Russia was almost certain to invade Ukraine soon, despite sharing no detailed new intelligence showing that Russian President Vladimir Putin had made a final decision.

“There is a credible prospect that a Russia military action would take place even before the Olympics,” White House national security adviser Jake Sullivan said at the daily briefing.

The Winter Olympic Games are currently underway in Beijing and end on February 20.

Sullivan shared his more alarming assessment of the situation in Ukraine with the press as President Joe Biden prepared to leave for the weekend to the Camp David presidential retreat.

He said he could not pinpoint the day or the hour of a potential invasion and admitted he did not know of the scope of the invasion, either. 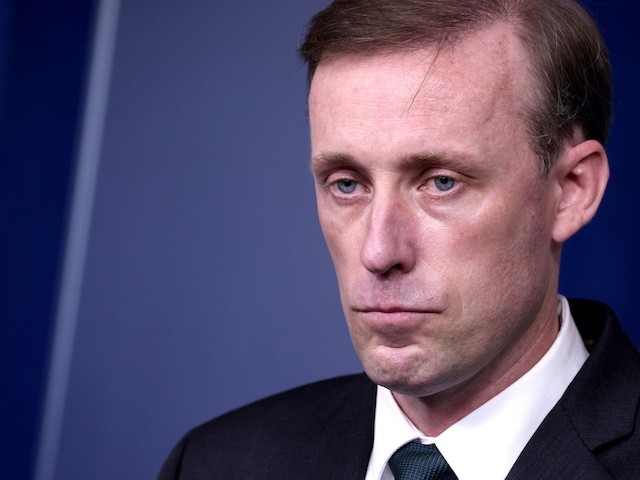 “Any American in Ukraine should leave as soon as possible,” he said. “The risk is now high enough, and the threat is now immediate enough, that this is what prudence demands.”

He warned Americans that the White House would not deploy troops into Ukraine to retrieve American citizens if Putin did invade.

But despite ratcheting up the alarm over Putin’s possible military actions in Ukraine, he conceded that the United States did not have enough evidence to suggest the Russian president had made a final decision.

Sullivan urged Americans to trust the intelligence he was sharing with the media, despite reporters voicing skepticism of his claims, which were not backed up with detailed reports.

“You can believe your own eyes that the Russians have put in place the capabilities to conduct a massive military operation against Ukraine should they choose to do so,” he said.