With Biden’s approval on managing the economy at 33 percent, Biden’s 40-year-high inflation is the top concern for Americans (27 percent). Below are the most important issues:

Democrats are alerting their leadership that based on Biden’s polling numbers, their party will not fair well in the November midterms. 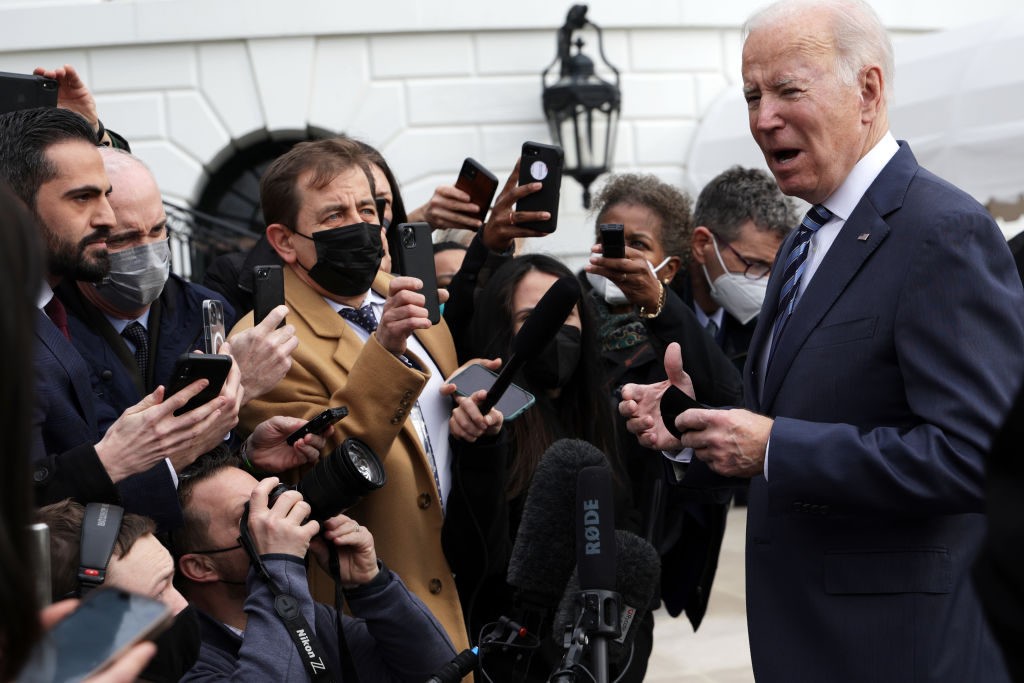 U.S. President Joe Biden speaks to the press prior to a departure for Cleveland, Ohio from the White House on February 17, 2022 in Washington, DC. (Alex Wong/Getty)

MSNBC’s Joe Scarborough suggested the electorate will vote in November based on the three “Cs”: “COVID, crime, cost of living” – all of which Biden has terrible polling numbers.

“Let’s just face it. It’s the elites, the wealthy, the people in the ivory towers… we have the luxury of being philosophical when we go into vote. The majority of Americans – they are [just] trying to get by,” Scarborough analyzed Biden’s polling. “We the elites have the luxury of looking at it from 30 thousand feet,” he added: