Three options were offered: M for male, F for female and X for people who don’t choose to identify as either.

The outlet reports the box for “gender change,” to reflect the difference from their previous passport, which identified them as female, was also available with no medical documentation for the change needed as biological sex is now regarded as a matter of choice not science by the White House.

The State Department announced in October it had issued the first American passport with the X designation after a long legal battle waged by a person from Colorado who nominated as “intersex.” 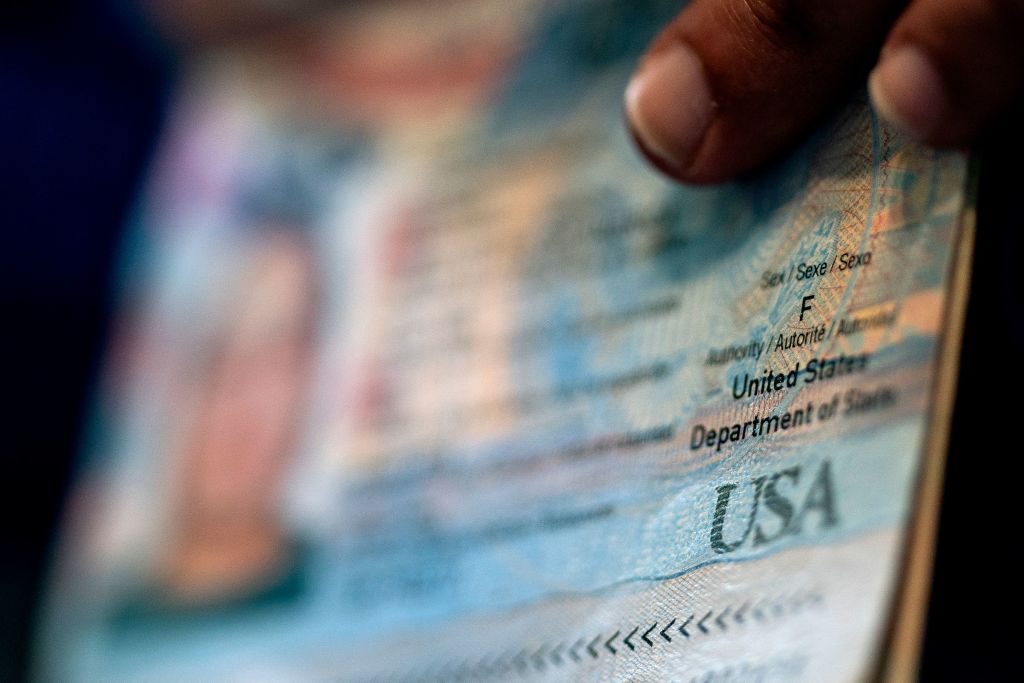 A person shows the Female sex marker on their current U.S. passport prior to beginning the process of filling out an application with an X marker on April 11, 2022. (STEFANI REYNOLDS/AFP via Getty) 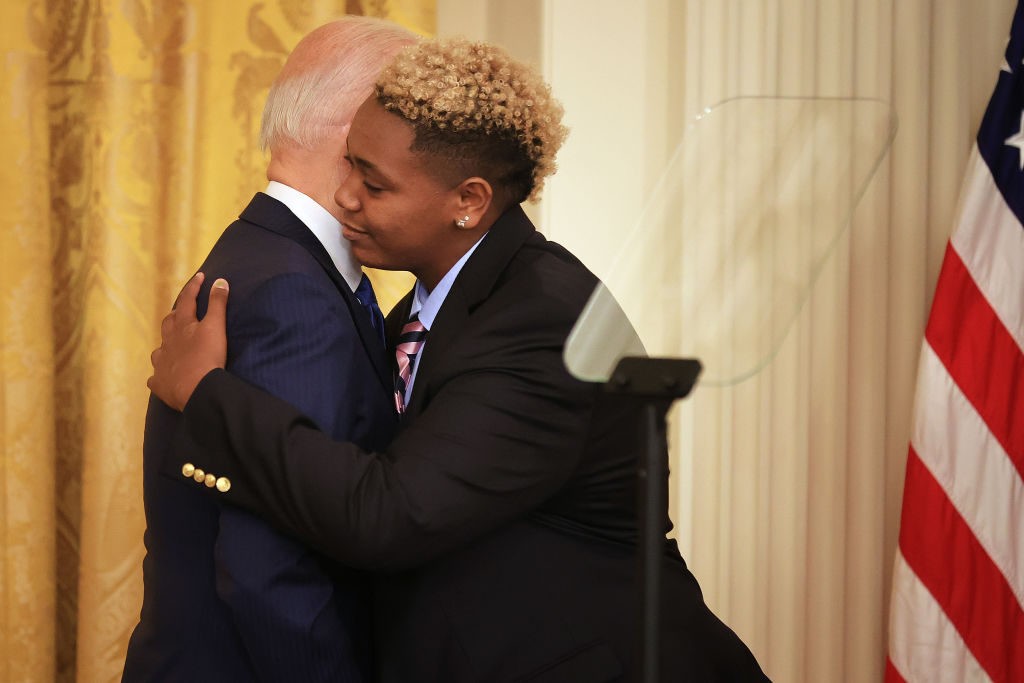 Then on March 31, the self-described International Day of Transgender Visibility, the State Department announced it was making that choice available to all Americans, as well as adopting other measures on the federal level to reflect the choice, as Breitbart News reported.

New Transportation Security Administration scanners are now planned as part of the administration-wide embrace of transgenderism and LGBTQI+ issues and people.

Biden’s push to make biological sex a matter of personal choice has met with strong resistance in schools, religious groups and across the general community as critics label it “a corporate takeover of humanity.”

Despite the opposition, the Biden administration is also working to expand the availability of the “X” marker to airlines and federal travel programs and will make it easier for anyone to choose and change their sex information in Social Security Administration records.

It is all a continuation of Biden’s efforts to rewrite the way government engages “gender identity.”

Biden signed an executive order on Wednesday giving sweeping “rights” to men and women who want to live as the opposite biological sex. https://t.co/ImNoLEairi

Although the White House in  general and Biden in particular continues with its transgender embrace, it is not universally popular.

The anti-transgenderism position is firmly supported by the U.S. public.

Sixty-two percent of Americans say each person’s sex cannot be changed, marking a big shift since 2019 away from the transgender ideology, according to the results of a November 2021 poll by Harvard/Harris.

The survey of 1,578 registered voters was conducted October 26-28 by Harvard’s Center for American Political Studies (CAPS) and Harris Insights and Analytics. The poll asked:

Less than 40 percent of the respondents agreed with the proposition people can change their sex, according to the poll, which also reported some 72 percent of all respondents said there are only “two genders” – male or female.