A Washington school board director is set to host a “queer youth open mic” for children who are “0 to 18 years old” at a sex shop she owns called WinkWink, CBS Austin reported Wednesday.

Jenn Mason, who is on her second term as the Bellingham School District board director, is hosting the free event on June 1 for “queer youth” to “share poetry, music, or a story” with a five-minute time limit. On WinkWink’s website, Mason describes her sex shop as “identity-inclusive,” “not creepy,” and open to all ages — though “ID is required for any items that must be legally sold to people 18 and over.”

“We believe that normalizing, accepting, and affirming all bodies, identities, and gender experiences is an inherently political act. Pleasure is our revolution,” the store’s about page reads.

Bellingham School District board director is advertising a “queer youth open mic” for ages 0-18 taking place in her sex shop which she owns. @BhamSD pic.twitter.com/jIIdAV0YOu

In an email to the Jason Rantz Show on KTTH, Mason said the event is not related to her role on the school board. She also said the event would be “physically separated” from the area with sex toys. The school district told the station it does not endorse the event.

“WinkWink offers a space for people — including queer folks — to ask questions and learn about sexuality in an accepting, safe, and shame-free environment. We receive extensive sexual health training and are a knowledgeable, inclusive community resource — something severely lacking around sexuality in our culture,” Mason told KTTH.

“As this is a public event at a private business, anyone uncomfortable with the location may choose to not attend,” she said.

Why take kids to a boring science museum when you can take them here – kindergarten teacher probably pic.twitter.com/j5Dnh9rZFM

These are some images from inside her sex shop. pic.twitter.com/TYL701t2Qt

I’ve just publicly asked WHY a SEX SHOP is having a “queer” event for children aged 0-18…
It’s also weird that the shop owner felt the need to write “not creepy” after “all ages” in the SEX SHOP bio. pic.twitter.com/FlPd0UpQpt

Droves of commenters on Twitter expressed disapproval and called the event a form of “grooming” after Libs of TikTok posted information about the open mic on Tuesday. An article for the American Bar Association notably lists “discussing sexually explicit information under the guise of education” as one form of “grooming.”

“Sexual grooming is a preparatory process in which a perpetrator gradually gains a person’s or organization’s trust with the intent to be sexually abusive. The victim is usually a child, teen, or vulnerable adult,” the article states.

Is there a word for this behavior?

“Why … parents, if you want your kids’ schools to be run differently, step up and help!” tweeted Harmeet Dhillon, the former vice chairwoman of the California Republican Party.

Why … parents, if you want your kids’ schools to be run differently, step up and help! https://t.co/0iyLzSkS92

One of the authors of the American Bar Association article, Yeshiva University professor Daniel Pollack, spoke with Breitbart News on Wednesday about the event, lending his legal expertise as an expert witness in child welfare cases for lawyers in more than 30 states. Pollack is also a commissioner of the “Larry Nassar Commission” designed to “examine the institutional responses to sexual abuse by former USA Gymnastics doctor Larry Nassar.”

“When you groom a minor, you are talking about for eventual sexual exploitation,” he said. “Now, is that what people are saying this woman is doing? Or is it more for political reasons?” Pollack questioned. “Is it appropriate in my personal book? No… I don’t know that kind of store. I would never own that kind of store in my whole life.”

“Whether a person thinks it’s ‘appropriate’ or not is one thing. But it comes down to…does she have a First Amendment right?” he countered, adding that it “certainly seems like she’s allowed to” hold the event legally.

Pollack emphasized that the best way for concerned parents to combat the gender identity indoctrination and sexual influence from education officials is two-fold: parents need to stay vigilant concerning the whereabouts and safety of their children, and they need to vote and participate in school board elections.

“We are voting with our feet, and that’s it,” he said. 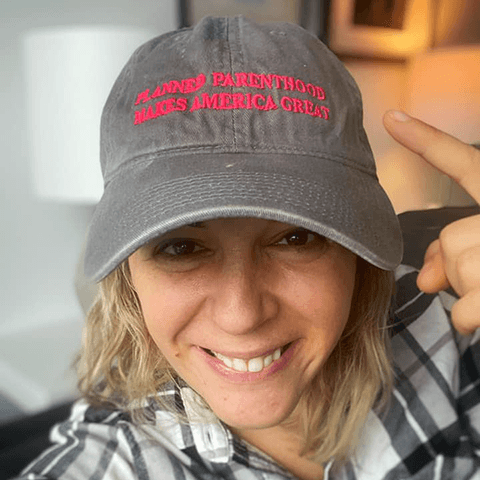 Facebook/Jenn Mason for Bellingham School Board

School board races across the country have become a hot-button topic, as parents work to combat the infiltration of radical leftist ideologies in education. In fact, a CNN report detailed earlier this year that the most common office for recall in 2021 was school board members, clocking in at 233 of the record-breaking 529 total attempts.