Sen. Roger Marshall (R-KS), one of only 11 Senate Republicans who voted against a $40 billion aid package for Ukraine, says the “war zone” at the United States-Mexico border is “much worse” than what he witnessed at the Poland-Ukraine border.

While visiting the U.S.-Mexico border over the last few days, Marshall exclusively told SiriusXM Patriot’s Breitbart News Daily in an interview that the “human tragedy” he has seen from human smuggling to drug trafficking is “the most threatening situation” facing Americans, not the war in Ukraine.

“We’ve already done more than all the rest of the world has done,” Marshall said of his vote against spending another $40 billion in American tax dollars on the war in Ukraine.

“We have 107,000 American troops on the front NATO line … meanwhile, the biggest, the most threatening situation right now from a national security standpoint … is the southern border,” he continued.

“We need to spend $25 billion right now to fix this border. I’m calling on Joe Biden to come down and see for himself what’s really going on,” Marshall said. “It’s a human tragedy. This place turns into a war zone every night.” 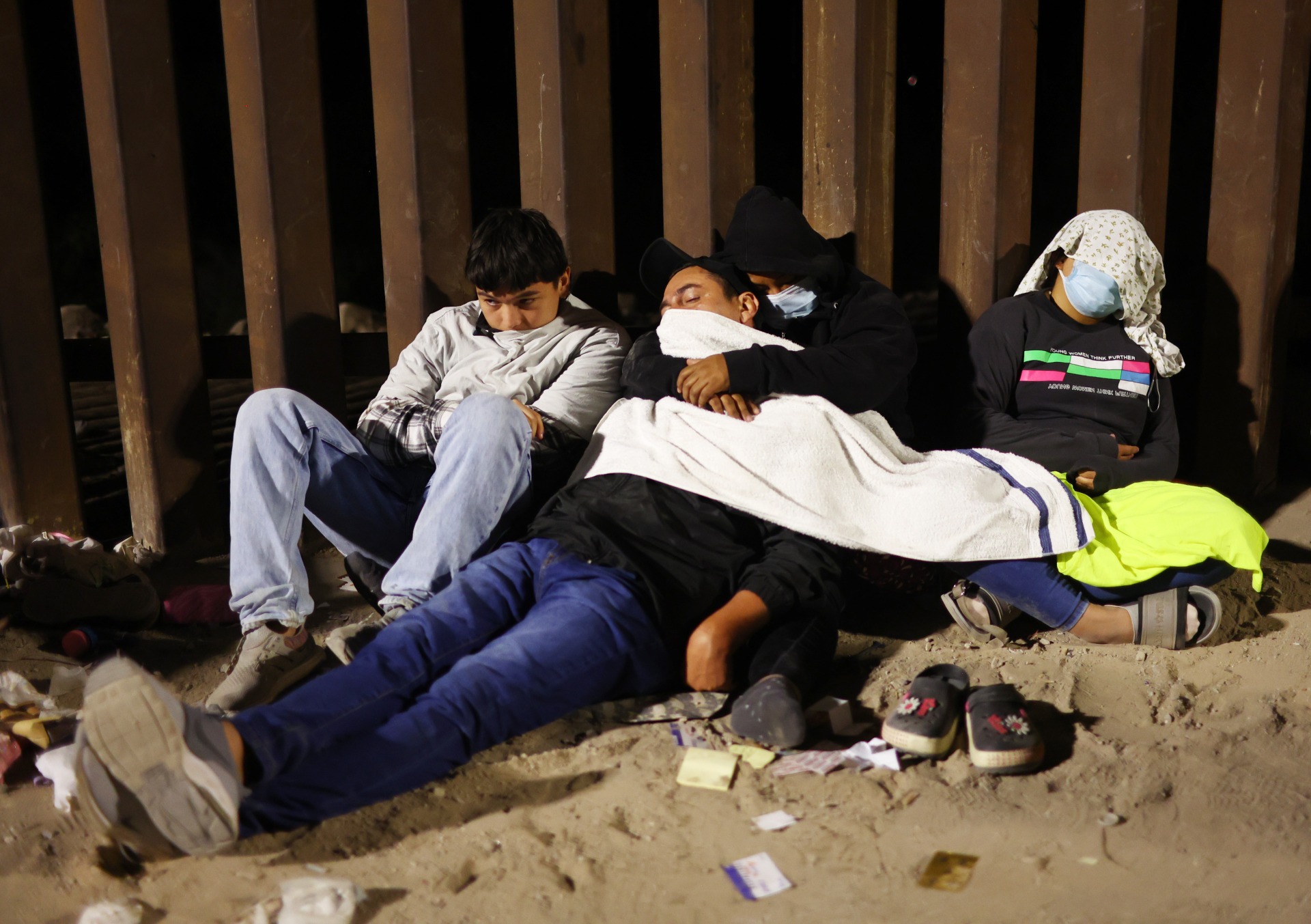 Immigrants sleep against the U.S.-Mexico border barrier in the early morning hours as they wait to be processed by the U.S. Border Patrol after crossing from Mexico on May 23, 2022, in Yuma, Arizona. (Mario Tama/Getty Images) 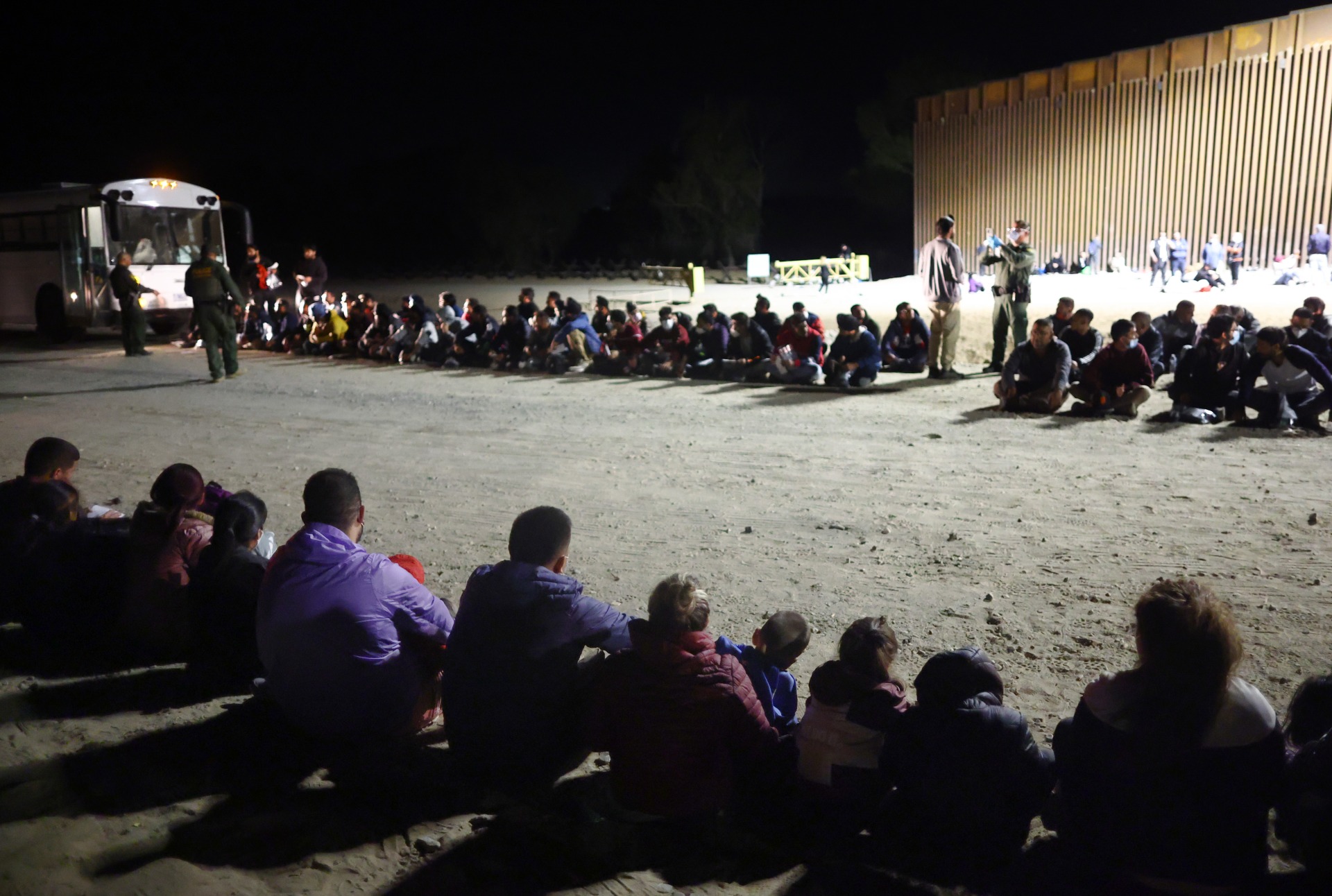 Immigrants wait in the early morning hours to be processed by the U.S. Border Patrol after crossing from Mexico, with the U.S.-Mexico border barrier in the background, on May 23, 2022, in Yuma, Arizona. (Mario Tama/Getty Images) 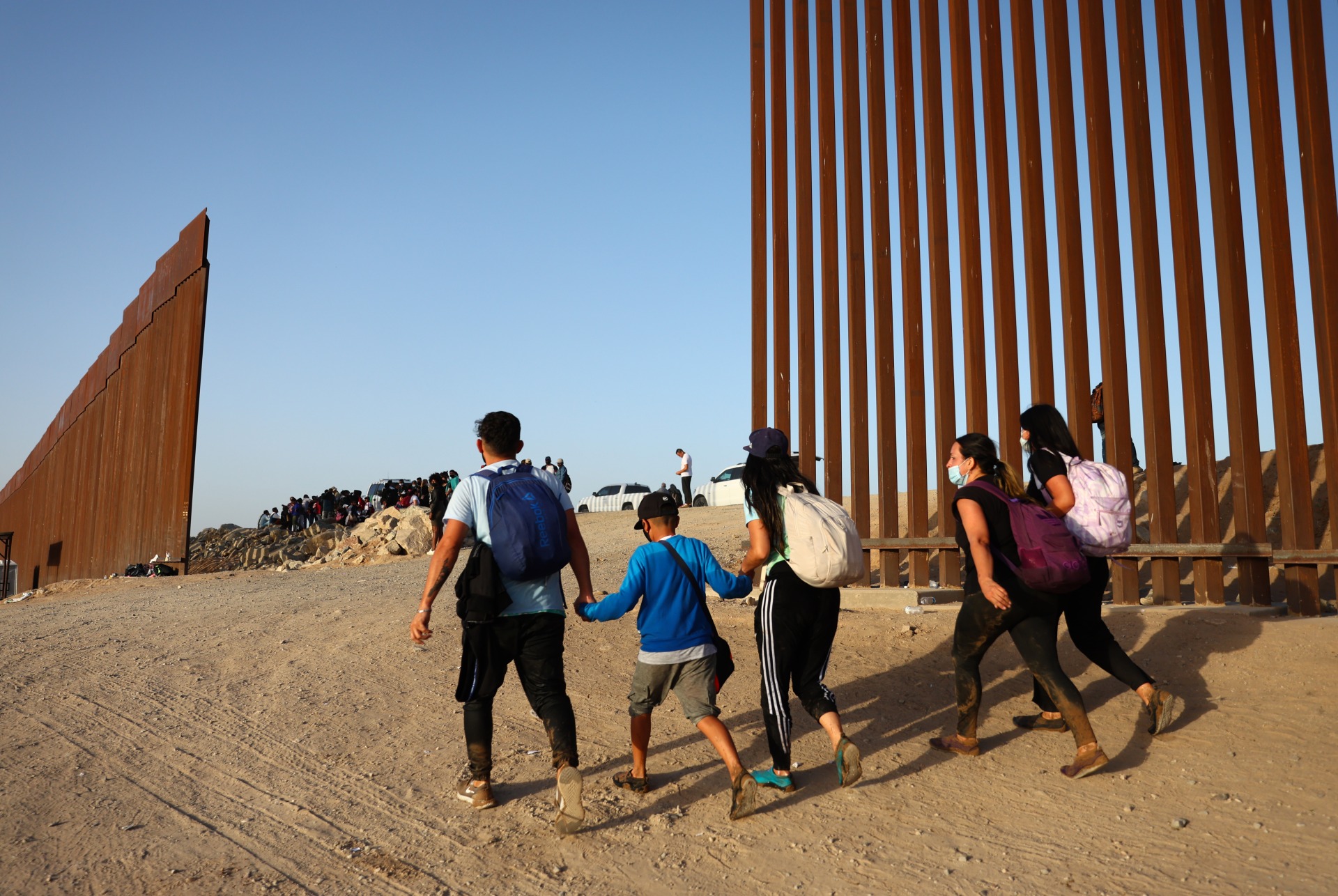 Immigrants cross through a gap in the U.S.-Mexico border barrier as others await processing by the U.S. Border Patrol on May 20, 2022, in Yuma, Arizona. (Mario Tama/Getty Images) 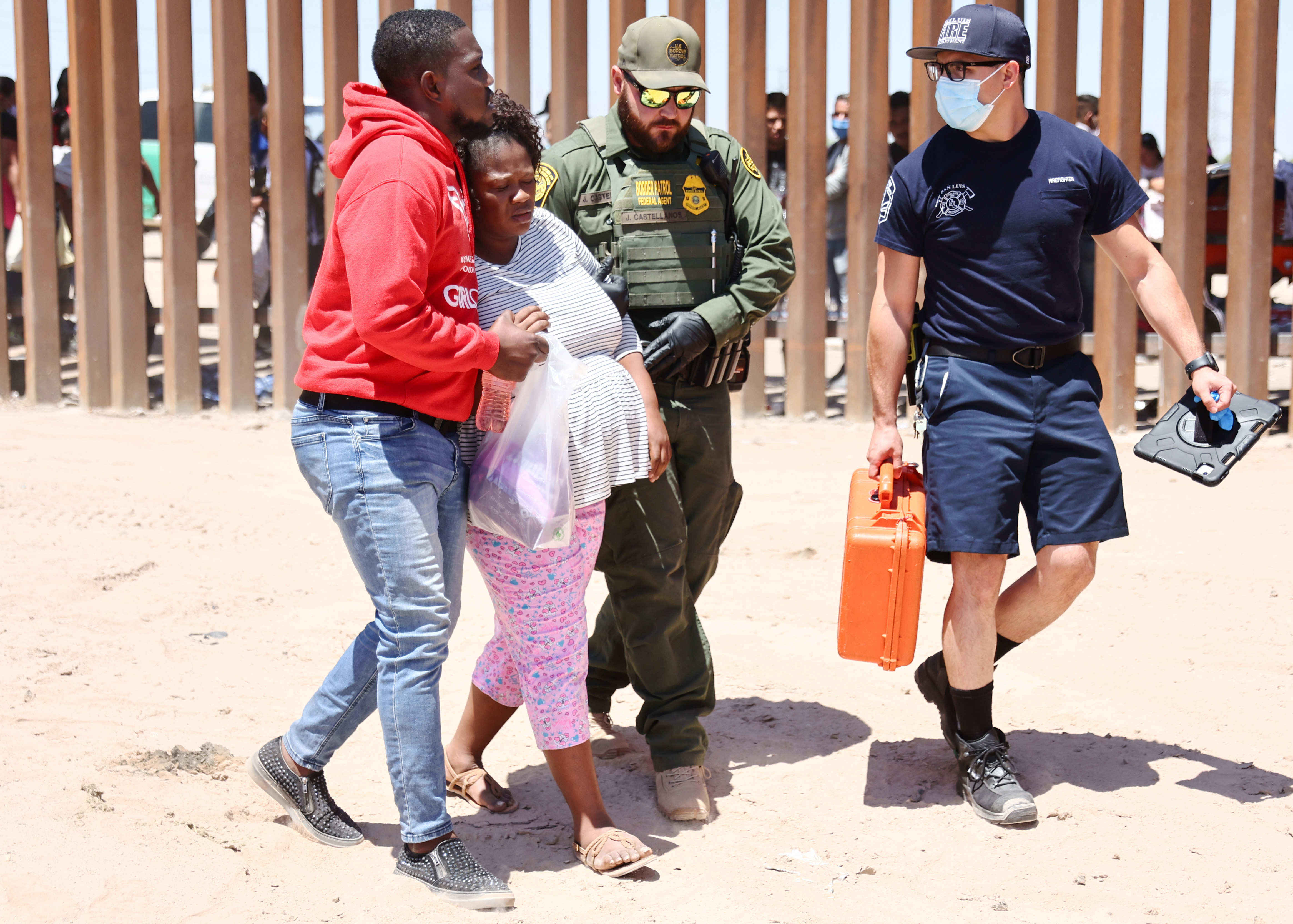 A U.S. Border Patrol agent helps a pregnant immigrant from Haiti who was having contractions to an ambulance after she crossed from Mexico, with the U.S.-Mexico border barrier in the background, on May 21, 2022, in San Luis, Arizona. (Mario Tama/Getty Images) 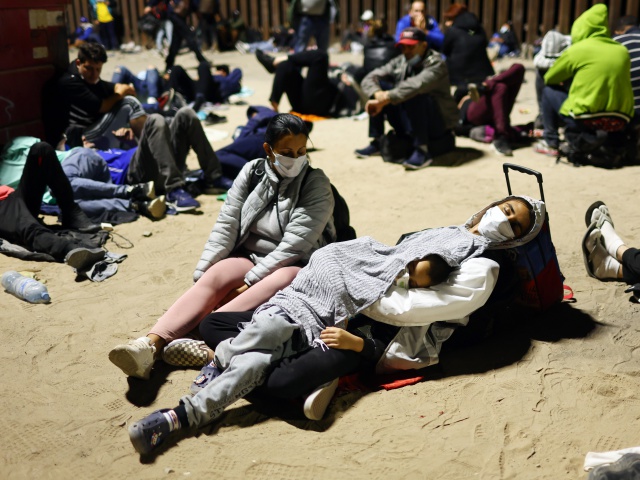 Immigrants sleep in the early morning hours as they wait to be processed by the U.S. Border Patrol after crossing the border from Mexico on May 23, 2022, in Yuma, Arizona. (Mario Tama/Getty Images)

In Fiscal Year 2022, which began October 1, 2021, about 5,300 pounds of fentanyl have been seized at the border. Last year alone, the U.S. Drug Enforcement Administration (DEA) seized 9.6 million counterfeit pills laced with fentanyl. This is more than the number of counterfeit pills seized in 2019 and 2020 combined.

“The war is the fentanyl. That’s the real war here,” Marshall said. “Along with just the gang members and the terrorists coming across the border.”

Meanwhile, illegal immigration has hit record-breaking levels under President Joe Biden. Since taking office, the Biden administration has released more than 954,000 border crossers and illegal aliens into the U.S. interior — a foreign population larger than five U.S. states and twice the size of Miami, Florida.

Marshall said that compared to the scenes at the Poland-Ukraine border, which he saw first-hand weeks ago, the crisis at the U.S.-Mexico border is “much worse.”

“So I just was at the Poland-Ukraine border three weeks ago, and the sea of humanity I’m seeing here [at the U.S.-Mexico border] is much, much worse than what I saw,” Marshall said.

“Just the volume of people, the crisis going on. I’m a physician, I’ve done humanitarian work all across the world,” he continued. “I shouldn’t be emotionally disturbed by what I’m seeing, and what I’ve seen these past four days [at the U.S.-Mexico border] just literally makes me want to vomit. It’s so horrifying.” 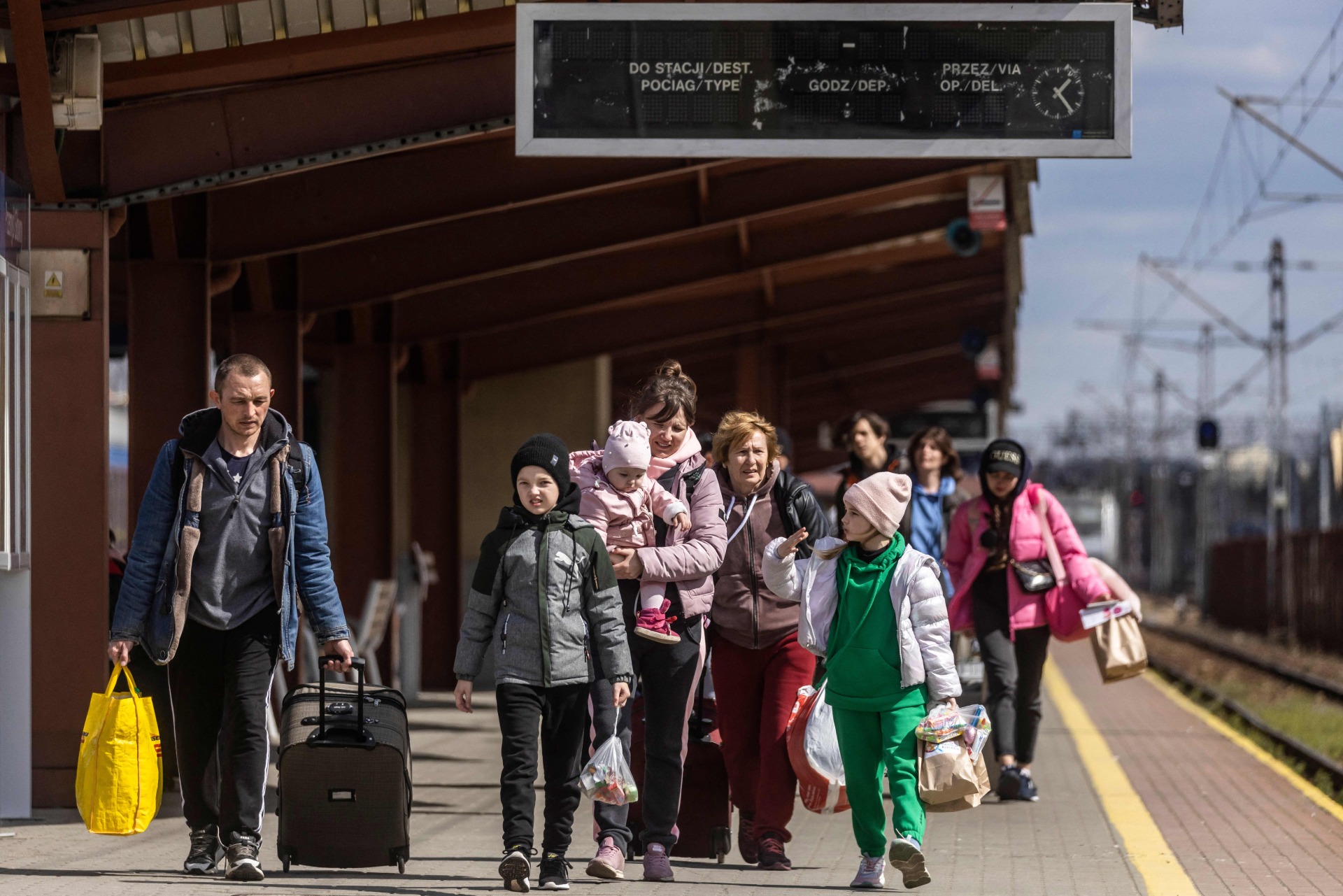 Refugees from Ukraine are seen walking on the platform upon their arrival by train from Odessa at the railway station in Przemysl, southeastern Poland, on April 6, 2022. (WOJTEK RADWANSKI/AFP via Getty Images) 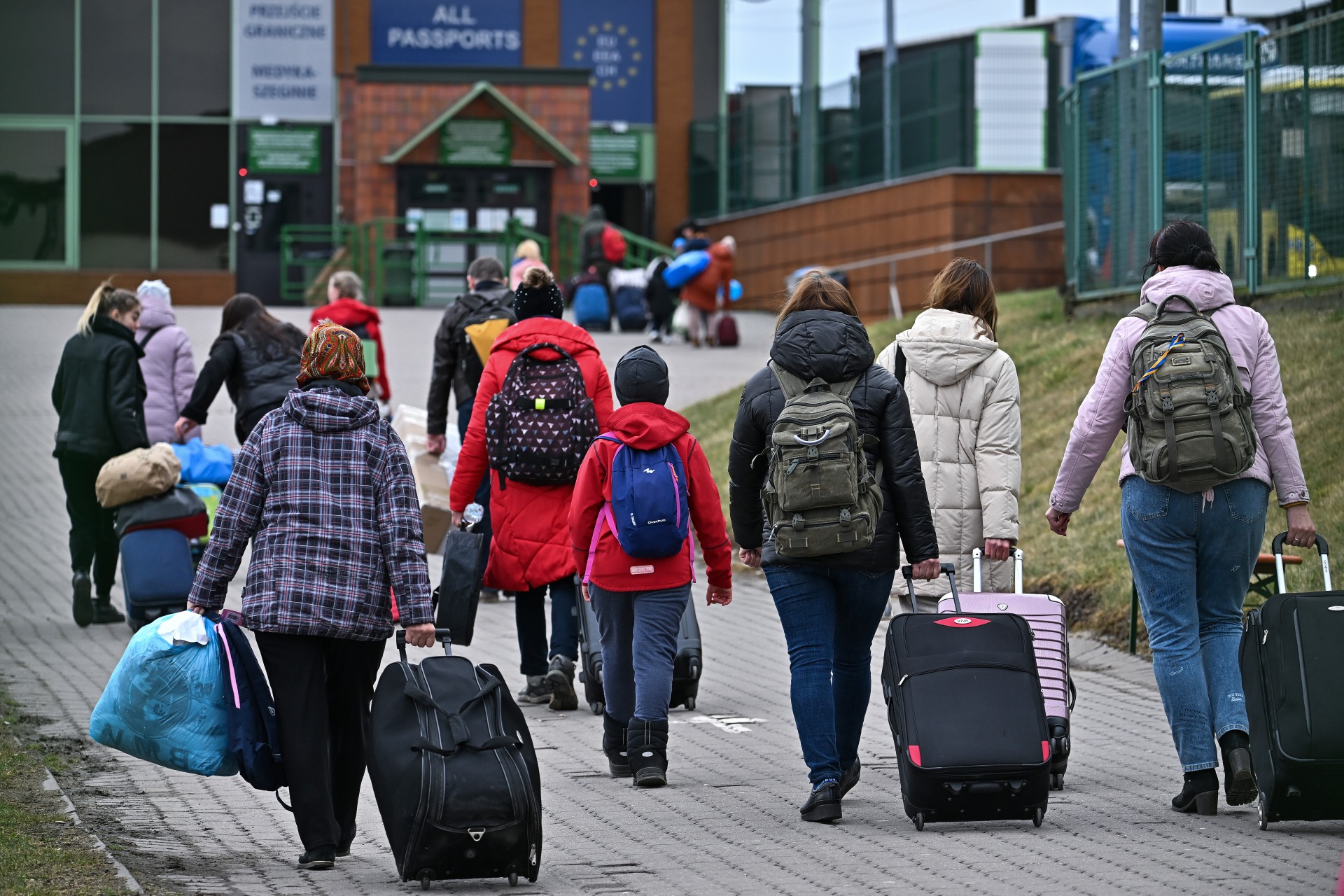 People pass through the Medyka border crossing in Poland, heading back into war-torn Ukraine on April 06, 2022, in Medyka, Poland. (Jeff J Mitchell/Getty Images) 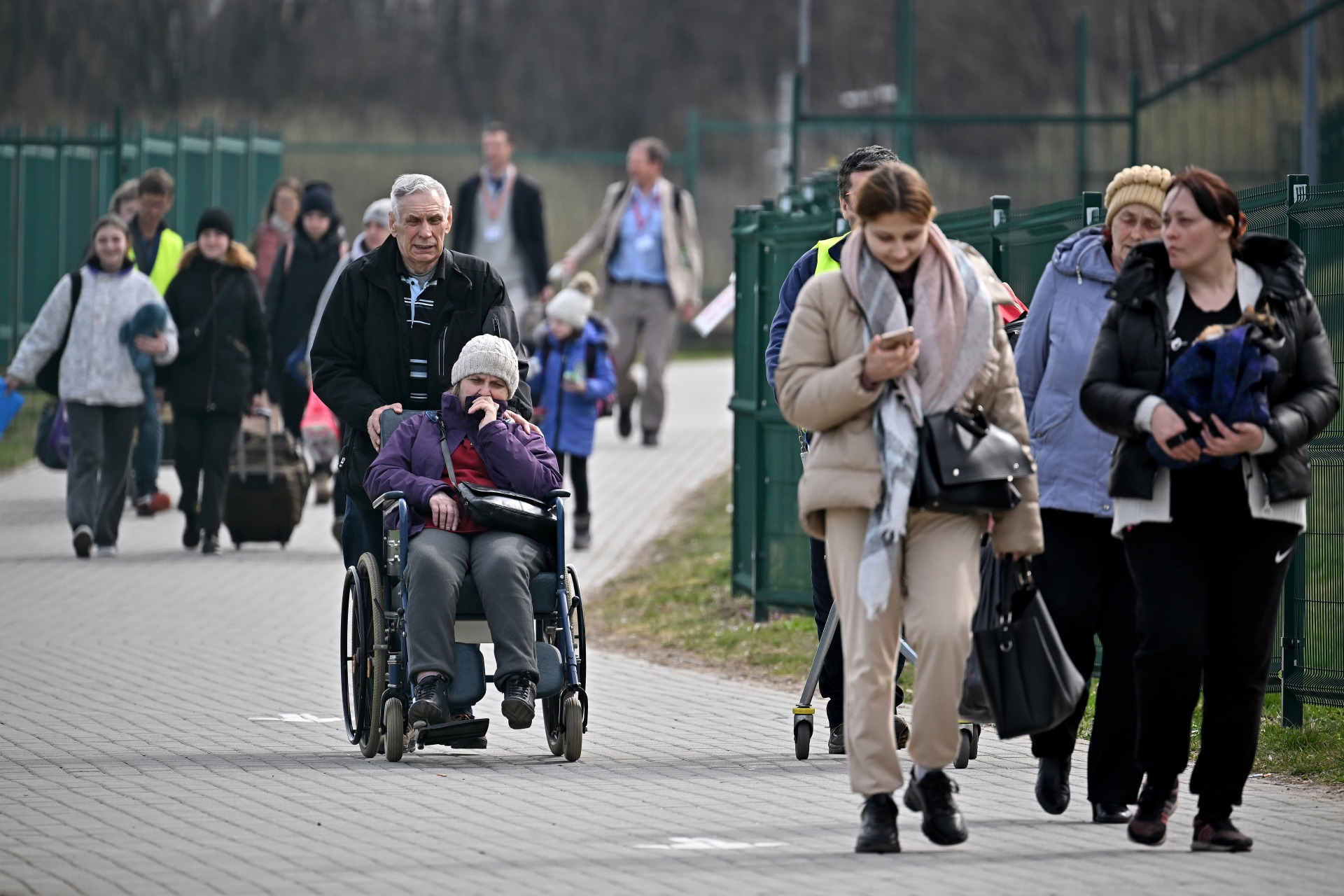 Marshall also said that foreign nationals have continued to pile up on the Mexican side in preparation to “rush the border” as they believe Biden is ending the Title 42 public health authority that has stemmed waves of illegal immigration over the last two years.

“This has been like the Gold Rush — people waiting on the other side for May 23,” Marshall said. “They don’t know that the courts settled anything, they got the fast signal from Joe Biden for everyone to come across the border. You’re going to get free food, free healthcare, amnesty, come on everybody.”

While Democrats and Republicans alike, along with Biden, focus their attention on sending American taxpayer money to Ukraine, federal dollars have been diverted from the southern border even as giant holes remain in the border wall.

“There was money that was appropriated that Joe Biden diverted … there are huge holes in the wall that weren’t finished, contractors have been sent home,” Marshall said. “We were paying them $40,000 a day to not build the wall.”