A California man was arrested and charged with attempted murder of Los Angeles police officers Friday as pro-abortion protesters took to the streets in the aftermath of the SCOTUS abortion ruling.

Michael Ortiz, 30, and Juliana Bernado, 23, were among those arrested during a clash with police officers in the downtown Los Angeles, Los Angeles Police Department (LAPD) Chief Michel Moore said.

“The vast majority of those involved were peaceful and law-abiding, however, a much smaller group of individuals took to the streets with the intention of creating chaos and destruction,” the LAPD said. 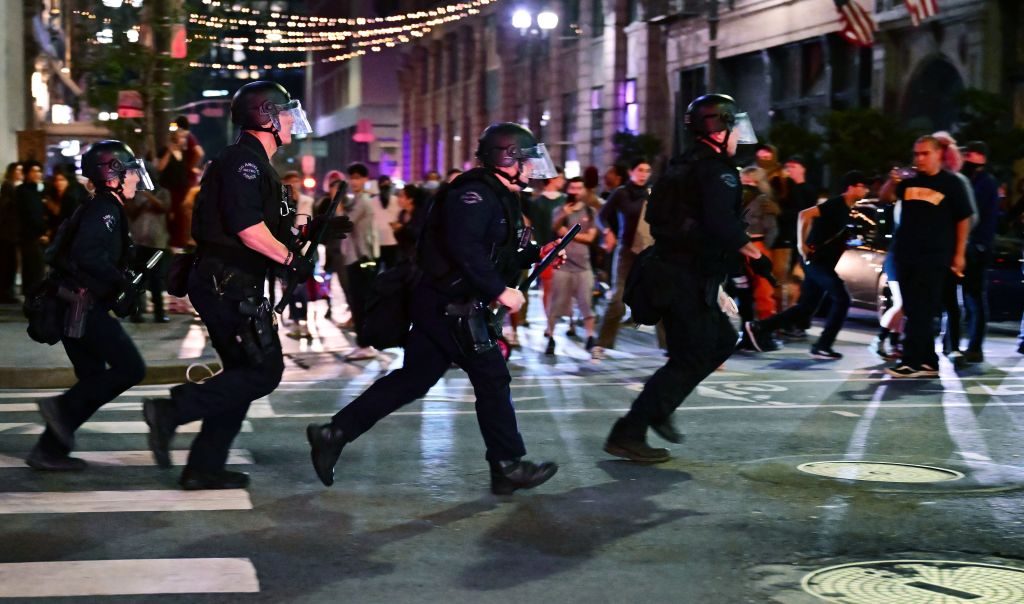 Police holding batons move to disperse a crowd of abortion rights activists protesting after the overturning of Roe vs. Wade by the U.S. Supreme Court, in downtown Los Angeles, on June 24, 2022. (FREDERIC J. BROWN/AFP via Getty Images)

The protests went long into the night before members of the crowd began “throwing fireworks and other makeshift weapons” at the officers, police alleged.

Such was the press of people the LAPD declared an unlawful assembly late in the night after protesters filled downtown streets and some briefly blocked traffic on two freeways.

Ortiz was allegedly among those members. He is accused of throwing a makeshift flamethrower at an officer, who had to be treated for burns. He was charged with the attempted murder of a police officer, KTLA reported.

At some point in the night, Bernado allegedly attempted to take an officer’s baton and was subsequently taken into custody, the New York Post reported. She faces possible charges for resisting arrest. 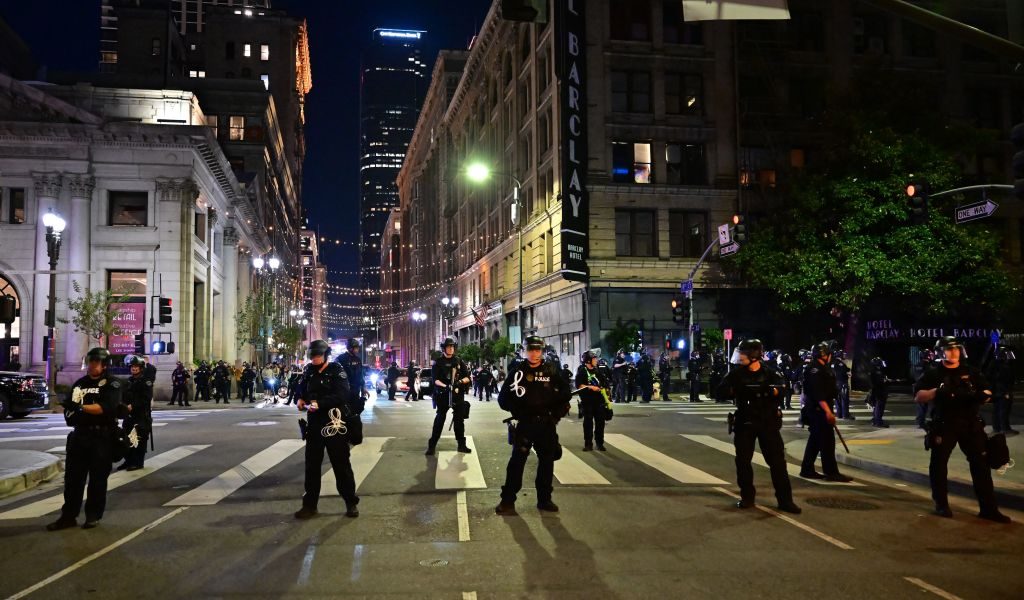 Police holding rubber-bullet guns and batons move to disperse a crowd of abortion rights activists protesting after the overturning of Roe vs. Wade by the U.S. Supreme Court, in Downtown Los Angeles, on June 24, 2022. (FREDERIC J. BROWN/AFP via Getty Images)

“I condemn the violence against officers that occurred last night and into today,” LAPD Chief Michel Moore said in a news release.

“Individuals participating in such criminal activity are not exercising their 1st Amendment rights in protest of the Supreme Court decision, rather, they are acting as criminals.   The Department will vigorously pursue prosecution of these individuals.”