Eastman alleged in a motion to recover property from the government that FBI agents seized his phone on June 22 while he was leaving a restaurant and refused to provide him with a copy of the search warrant they claimed they had. He further alleged the FBI agents “forced” him to unlock his phone.

Although the federal agents identified themselves as FBI agents, Eastman claimed “they appeared to be executing a warrant issued at the behest of the Department of Justice’s Office of the Inspector General (OIG).” 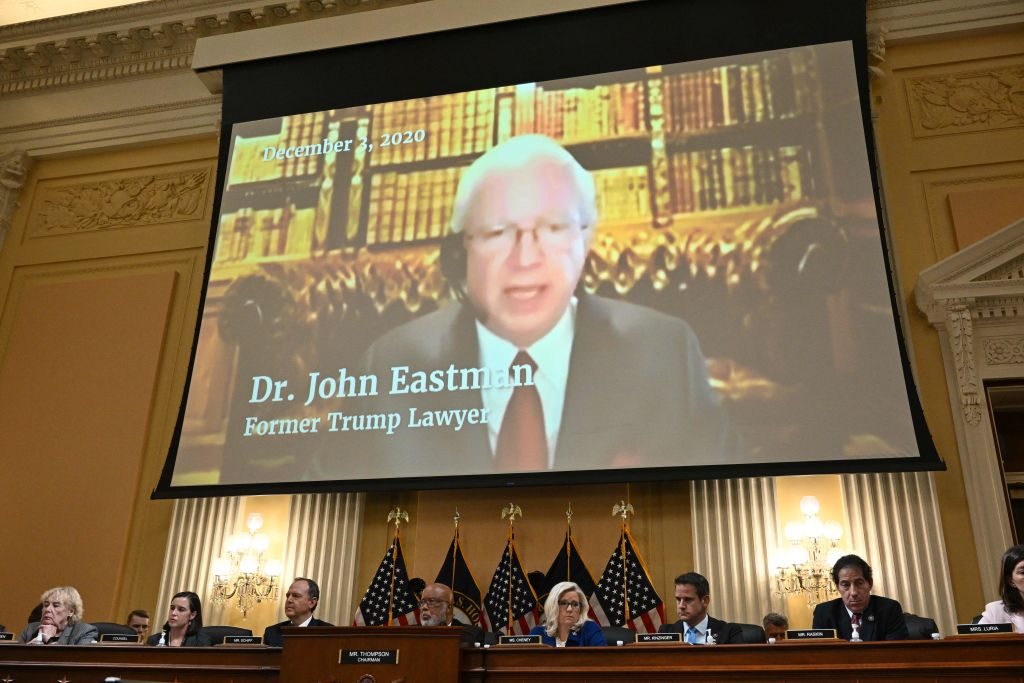 Former lawyer of former President Donald Trump, John Eastman, appears on screen during the fourth hearing by the House Select Committee to Investigate the January 6th Attack on the US Capitol in the Cannon House Office Building on June 21, 2022 in Washington, DC. (MANDEL NGAN/AFP via Getty)

Eastman asked a federal judge to order the federal government to return his phone and hold any access to the phone until he could secure confidential information.

For the foregoing reasons Movant respectfully requests that this court order OIG to return Movant’s property—both the cell phone and “all information” in it, as well as to destroy all copies of any information that has already been retrieved or copied from the device. Movant further requests that any access to the cell phone and its information be stayed until he has a full and fair opportunity to assert and protect his Constitutional rights and the privileged communications of his numerous clients.

The January 6 Committee announced on Monday a surprise hearing scheduled for Tuesday, citing “recently obtained evidence,” despite the committee’s move to delay hearings into next month.