The White House on Tuesday claimed the Southern border was “closed” after 46 migrants were found dead in a truck trailer in San Antonio.

At least 60 migrants were found packed inside the trailer where they were discovered Monday, 46 of them were declared dead on the scene.

White House press secretary Karine Jean-Pierre told reporters Tuesday that President Joe Biden had been briefed on the incident, as he travels to Spain for a NATO summit.

“These deaths are on Biden. They are a result of his deadly open border policies,” Abbott wrote on social media. “They show the deadly consequences of his refusal to enforce the law.” 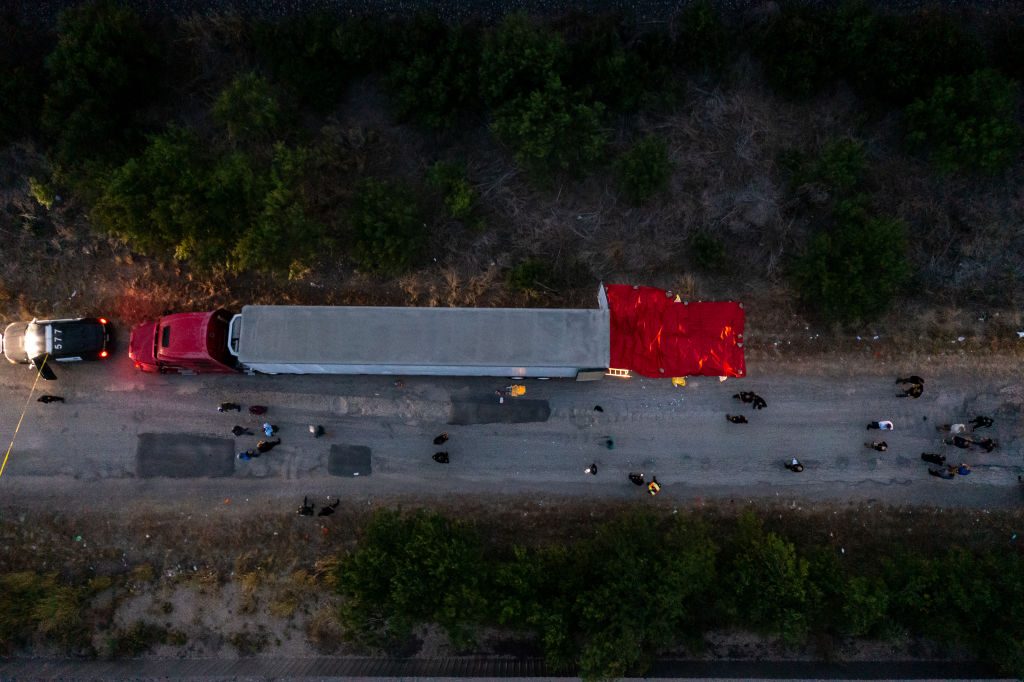 In this aerial view, members of law enforcement investigate a tractor trailer on June 27, 2022 in San Antonio, Texas. According to reports, at least 46 people, who are believed migrant workers from Mexico, were found dead in an abandoned tractor trailer. Over a dozen victims were found alive, suffering from heat stroke and taken to local hospitals. (Jordan Vonderhaar/Getty Images) 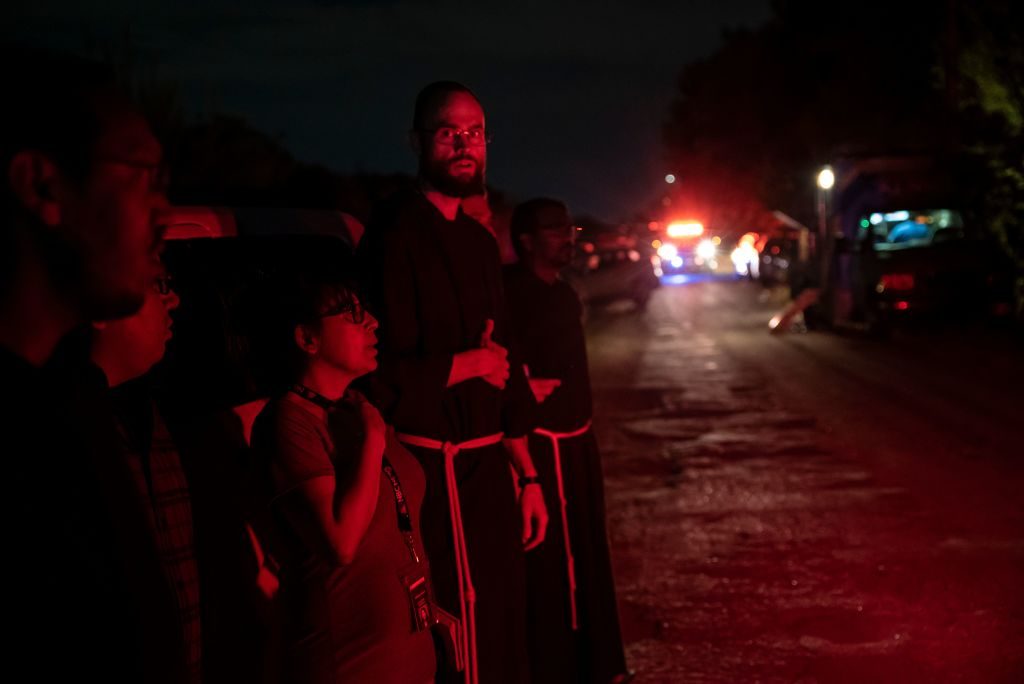 Local priests from the San Antonio Archdiocese stand near the scene where a tractor-trailer was discovered with migrants inside outside San Antonio, Texas on June 27, 2022. (SERGIO FLORES/AFP via Getty Images)

Sen. Marco Rubio called the incident a “heartbreaking reminder that there is nothing compassionate about Biden’s open border policies.”

“The fact of the matter is the border is closed, which is in part why you see people trying to make this dangerous journey using smuggling networks,” she said.

Jean-Pierre said the incident would be investigated and the president would continue to be briefed.

“Our prayers are with those who tragically lost their lives, their loved ones as well as those still fighting for their lives,” she said.

Under Biden, an estimated one million border crossers have been released into the United States.