Illinois Governor J.B. Pritzker (D) issued a statement after the horrific shooting at a July 4th parade in Highland Park near Chicago, calling for an end to the “plague of gun violence.”

Released shortly after the shooting that left six people dead and at least 24 injured, the governor said he will be praying for those who lost loved ones and for the law enforcement officials tasked with bringing the shooter to justice. 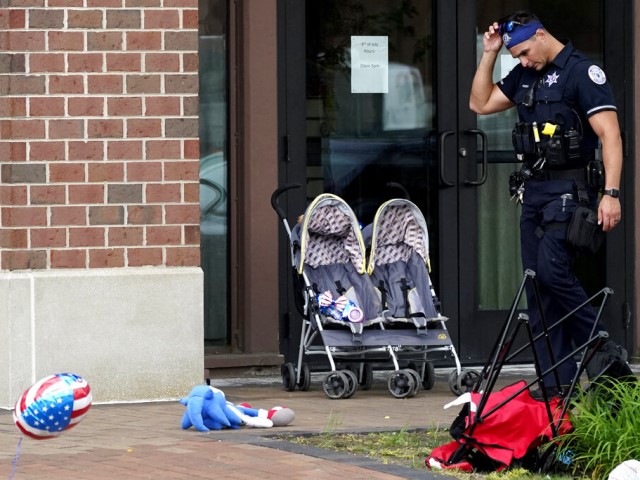 A police officer reacts as he walks in downtown Highland Park, a suburb of Chicago, Monday, July 4, 2022, where a mass shooting took place at a Highland Park Fourth of July parade. (Nam Y. Huh/AP)

Pritzker concluded his statement with a call to end the “terror of rampant gun violence in our country” while stopping short of any gun control policy prescriptions.

“But grief will not bring the victims back, and prayers alone will not put a stop to the terror of rampant gun violence in our country,” he concluded. “I will stand firm with Illinoisans and Americans: we must – and we will – end this plague of gun violence.”

As Breitbart News previously reported, the local jurisdiction of Highland Park already “banned ‘assault weapons’ and magazines with more than ten rounds of ammunition” and that the “U.S. Supreme Court rejected a challenge to the law in 2015.” Legal analyst Ken Klukowski of Breitbart News wrote at the time of the decision that Highland Park “has a long track record of opposing citizens exercising the Second Amendment’s right to keep and bear arms” through the banning of so-called “assault weapons.”