Philadelphia Mayor Jim Kenney (D) reacted to gun violence in his city by suggesting Tuesday morning that only the police should have guns.

FOX News reports that Kenney spoke to reporters after two Philadelphia police officers were wounded by gunshots on July 4.

McKinney reflected on July 4, saying, “It was a chilled back day, beautiful weather. But we live in America where we have the Second Amendment and we have the Supreme Court of the United States telling everybody they can carry a gun wherever they want.”

He noted, “I was in Canada two weeks ago and never thought about a gun. The only people I knew who had guns in Canada were police officers.”

McKinney added, “That’s the way it should be here.”

On April 1 Breitbart News explained that concealed carry permit applications in Philadelphia were up 600 percent as law-abiding citizens sought ways to defend themselves amid the city’s gun crime. 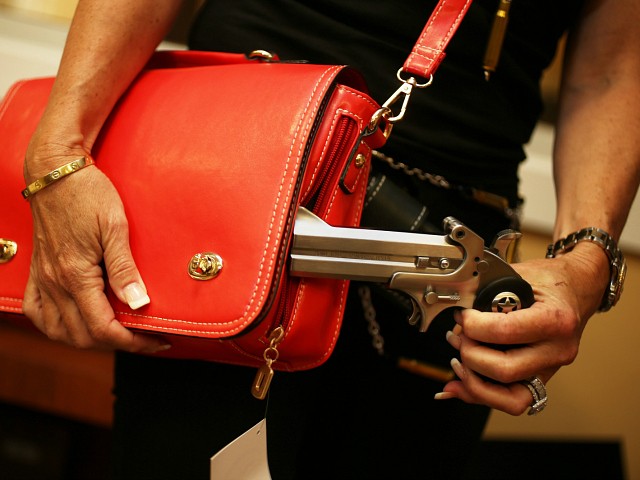