A former Democrat state lawmaker running for governor of Oregon voted in favor of a bail reform bill that went into effect one day before police released without bail an allegedly violent homeless man into the streets of Portland over Fourth of July weekend.

The bill resulted in dramatically shifting the state away from bail requirements “to create more consistent, fair, and equitable justice practices,” according to a public notice about the bill.

One day after Multnomah County issued — in accordance with Senate Bill 48 — new “pretrial release” orders that wiped out its current bail schedule, 34-year-old Dylan Kesterson allegedly approached a Japanese American family, yelled anti-Asian slurs at them, hit the parents’ five-year-old daughter, and hit the father “more than 50 times,” according to the father’s account of the incident detailed by local outlet KGW 8.

The Portland Police Bureau arrested Kesterson on the scene and charged him with first and second degree bias crimes and released him from jail without bail that same day. 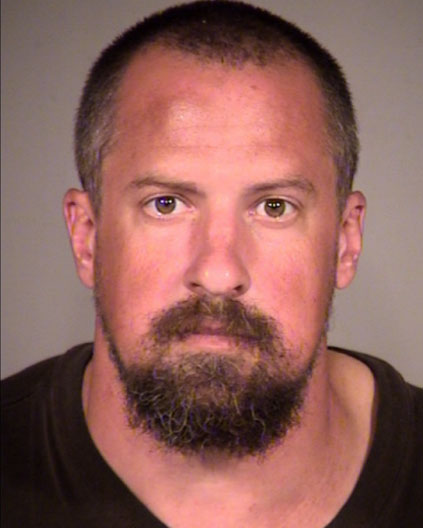 The Multnomah County district attorney’s office added assault charges to Kesterson’s case three days later, on Tuesday, and a judge ordered Kesterson to appear in court on Wednesday. Kesterson failed to show up to the court hearing and was arrested later on Wednesday, according to police.

Police said they initially did not charge Kesterson with the more serious assault offense because the father and daughter, who were wearing helmets at the time of the incident, did not require medical treatment on the scene, per KGW 8. The outlet noted that under the new pretrial orders, Kesterson would have been held in jail had the new violent felony charge he was charged with on Tuesday been made at the time of the incident.

Chief Criminal Judge Cheryl Albrecht told the outlet release decisions are made based on a “combination” of the “constitutional presumption of innocence and pre-trial release, state statutes governing release, and a new presiding judge order [pretrial release order] effective July 1.”

Portland Mayor Ted Wheeler (D) acknowledged Kesterson had been released “prematurely,” saying he was “outraged” by the “shortcomings” in the criminal justice system and called for officials to fix the “broken elements” in the pretrial release process.

Senate Bill 48 passed the Democrat-controlled Oregon House and Senate last year with the majority of Republicans voting against it in both chambers. In addition to Kotek voting in favor of the bill, former state Sen. Betsy Johnson (D) — who is running for governor as an unaffiliated candidate — also voted in favor of it. Oregon Gov. Kate Brown (D), who is term-limited and unable to seek reelection, signed the bill.

The Republican Governors Association (RGA), a group heavily focused on electing Republican governors, tied Kotek and Johnson to Brown in a statement about the bail reform legislation.

“Just like the failed Democrat Governor Kate Brown, the then-Democrat state legislators Betsy Johnson and Tina Kotek followed closely in her footsteps with their soft on crime approach to the crime crisis that plagues the state,” RGA spokeswoman Kaitlin Price said.

Price cited a Nelson Research poll showing a majority of Oregonians believe the state is headed in the wrong direction on public safety and that they feel “less safe” than they did two years ago. Price said, “Voters know they can’t afford more of the same disastrous Democrat policies that have only made the crime crisis worse.”

Kotek did not respond to a request for comment.