President Joe Biden is currently on pace to bring about 2.1 million illegal aliens to the United States-Mexico border by the end of the year.

Steve Kopits with the Princeton Policy Advisors projects that in fiscal year 2022, Biden will entice about 2.1 million illegal aliens to the southern border — an annual record for illegal immigration that surpasses Biden’s record-setting levels for 2021.

“Overall, the situation at the border is largely unchanged. The Open Borders policy remains in place,” Kopits wrote in an analysis. 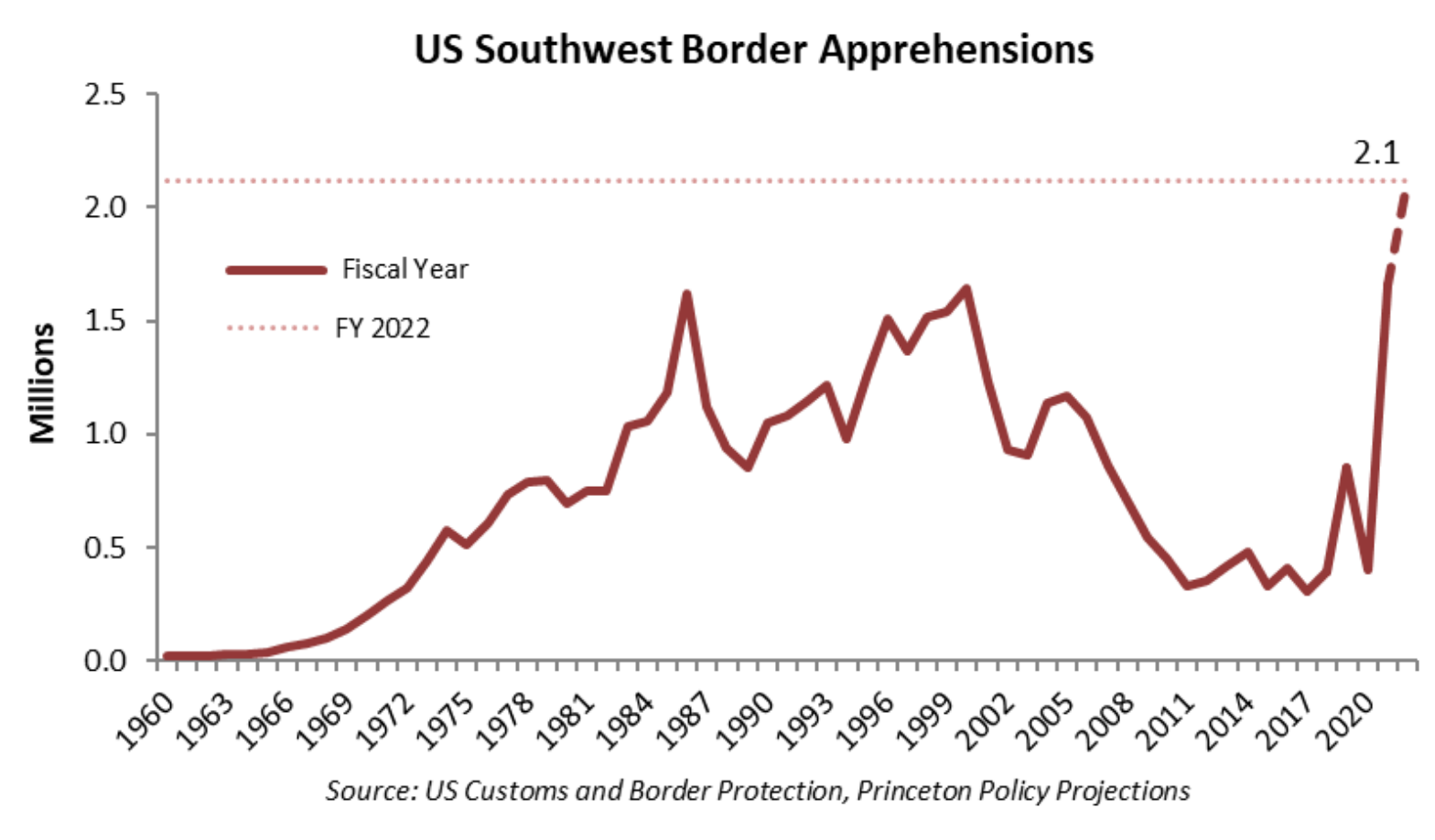 The projection comes as Biden’s Department of Homeland Security (DHS) announced that nearly 192,000 border crossers were apprehended in June. So far this fiscal year, which began in October 2021, Border Patrol has apprehended more than 1.6 million border crossers.

The most recent figures, from February 2021 to May 2022, show that Biden’s DHS has released more than a million border crossers and illegal aliens into American communities. This is about twice the population of Wyoming and larger than the population of Austin, Texas.