Diesel fuel is a staple for the farmers and truckers who supply Americans with their essential needs – and its price has skyrocketed in recent months, driven by inflation to far outstrip regular gasoline in price hikes.

Gasoline prices have eased somewhat in recent weeks while diesel has remained chronically high, with American refineries operating near capacity.

Unless prices ease, the ripple effects of high diesel fuel could worsen because the costs are deterring some truck companies from accepting jobs unless they can persuade their customers to bear the added cost of more expensive fuel, the AP report sets out. 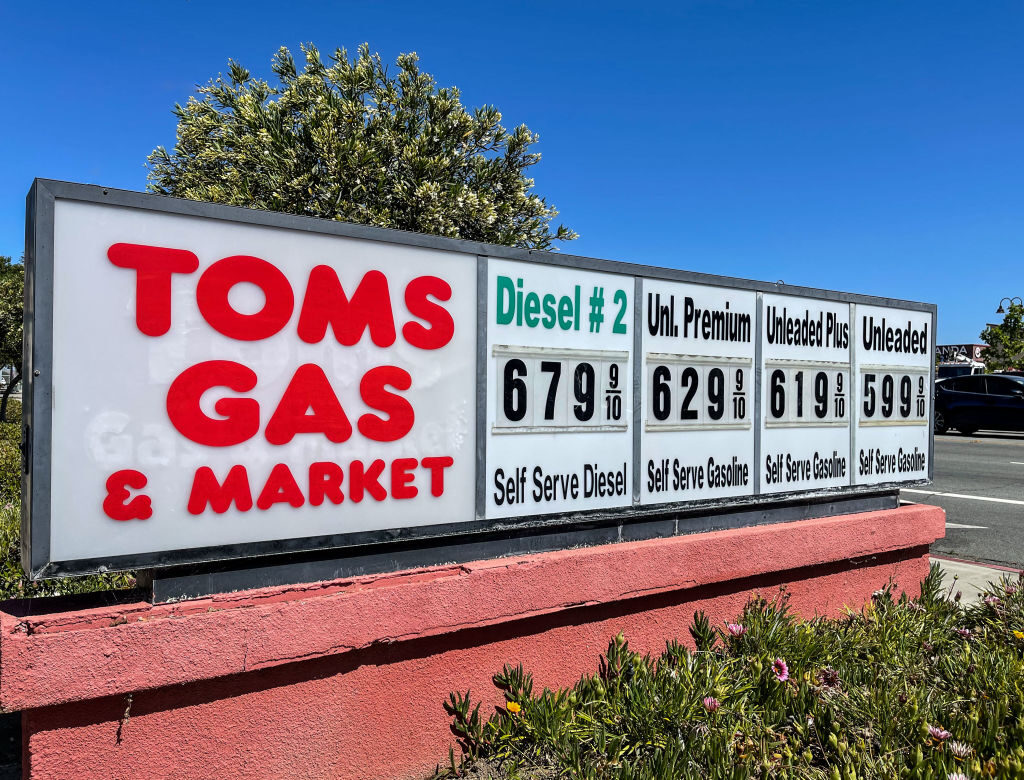 Prices climbed to $6.00 per gallon for regular with diesel fuel selling for $6.79 per gallon following the Memorial Weekend travel holiday as viewed on June 12, 2022, in Buellton, California. (George Rose/Getty)

Even more than gasoline, elevated diesel prices are magnifying the costs of goods because the delivery cost has risen so much.

High diesel costs elevate the prices of everyday goods, since the higher cost of transportation is often passed down to consumers. In turn, consumers restrain their spending habits at grocery and other retail stores, slashing demand and exacerbating an economic slowdown.

The cost for diesel fuel — used by farmers and truckers to supply Americans with products they need — is up 75 percent from last year. https://t.co/sv47ieBbXU

Anyone expecting relief sooner rather than later will have to wait.

President Joe Biden has called on Congress and states to suspend their gasoline or diesel taxes for a few months to help alleviate pain for drivers, but Congress appears unwilling to enact a tax holiday.

Biden’s visit last week to Saudi Arabia was intended, in part, to encourage OPEC to produce more oil, which would mean more diesel fuel globally. No major deal was announced and the president left to return to the U.S. empty handed.