The Port of Oakland was shut down for the third day in a row on Thursday as truckers continued to protest a California gig worker labor law that could impact an estimated 70,000 truckers.

The protests, which started Monday, have shut down the third busiest port on the West Coast and the eighth largest port in the nation.

Cargo traffic coming in and out of the port has been stopped by a blockade of trucks, and it is unknown when the protests will end.

Truckers protesting are worried that if they do not seek out work that classifies them as employees, they will then have to “pay more for insurance and permits to remain independent under the law’s guidelines,” the Wall Street Journal reported. The law would also create a challenge for independent truckers to work their own hours and earn a living if they have to become an employee, the Associated Press noted.

The law passed by state legislators in 2019 was to take effect in 2020 but has been tabled due to legal challenges. The U.S. Supreme Court recently refused to hear the case, which could have allowed the state to implement the law; however, the California Trucking Association is still challenging the law in lower courts, the Journal noted.

The truckers are demanding that Gov. Gavin Newsom (D) and lawmakers reconsider implementing AB5 if the courts allow the state to do so. One protester, who owns a trucking company, slammed Newsom and told CNBC that he has refused to talk with them. 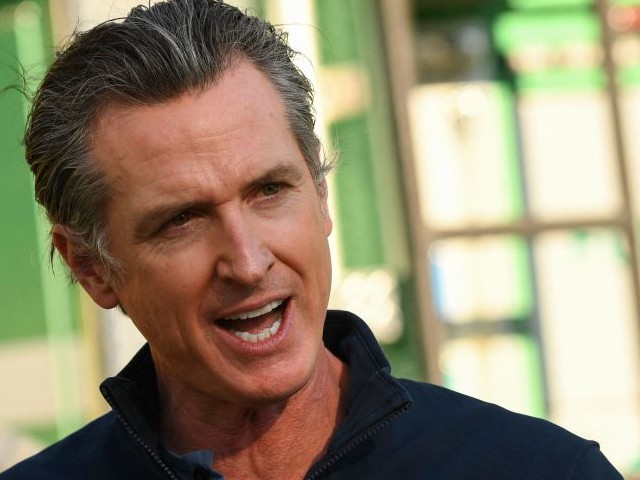 “It seems the governor is not concerned about taking American workers’ rights away,” Bill Aboudi, owner of AB Trucking, said. “These are independent, small businesses that choose to operate their own trucks, and now that right is taken away from them. They do pay taxes, they do have insurance. It’s their choice to do that.”

Proponents of the law claim that companies were exploiting truckers, classified as independent contractors, from receiving fair wages and benefits.

AB5 was brought about as part of a broader effort against rideshare gig companies, such as Uber and Lyft, that use independent contractor agreements.

The protests come after ports around the world, including Oakland’s, struggled with the supply chain crisis of cargo traffic following the coronavirus pandemic.

“We understand the frustration expressed by the protestors at California ports,” Port of Oakland Executive Director Danny Wan said in a statement, per the AP. “But, prolonged stoppage of port operations in California for any reason will damage all the businesses operating at the ports and cause California ports to further suffer market share losses to competing ports.”

Before the trucker blockade, over 2,100 would operate through the port daily, importing items such as “Australian wine and meat to aluminum from South Korea, furniture from China, clothing and electronics,” CNBC reported.