The jersey has rainbow stripes and a rainbow collar — in place of the regular white sections — to support LGBTQI+ inclusion in sports, and the Manly club on Sydney’s northern beaches plans to use it for one game on Thursday night.

Watch below as the Manly Sea Eagles drama unfolds in Australia:

“The players will not play on Thursday and we accept their decision,” Hasler said. “These young men are strong in their beliefs and convictions and we will give them the space and support they require.

“The playing group are solid and understanding of each other’s views. As a club we will wear the jersey on Thursday night.”

Now other members of the Sea Eagles – as Manly rugby league club is known – have indicated they too want nothing to do with the project.

The Sydney Daily Telegraph reported the Sea Eagles were battling to name a team as a “handful of would-be first timers knocked back a chance to play the game” because of similar reasons to those who have stood down over being given no choice but to wear the jersey.

The newspaper alleged players were not aware they would be expected to wear the jersey until after it was first revealed to the media.

Former Manly player Ian Roberts, who was the first high-profile player in the code to come out as gay, said he was not surprised by the players’ decision.

“It hasn’t totally shocked me like it’s shocking everyone else,” he told the Sydney Morning Herald. “As an older gay man I’m used to this. I expected there would be some sort of religious pushback.” 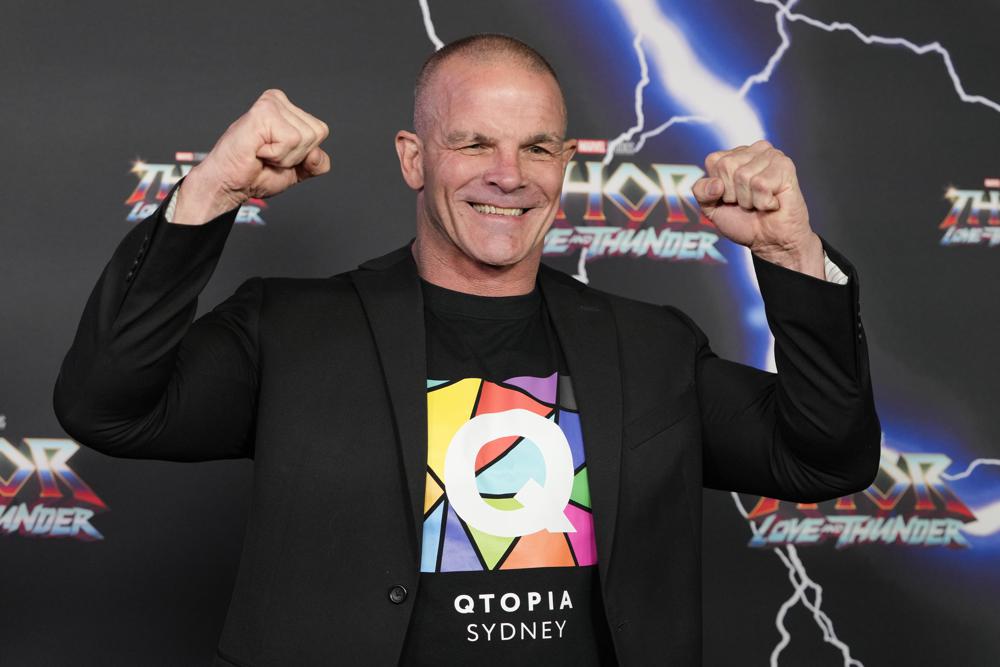 Former Manly player Ian Roberts pictured at the movie premiere of “Thor: Love and Thunder”  on Monday, June 27, 2022. Roberts, who in the 1990s was the first high-profile rugby league player to come out as gay, said he was not surprised seven Manly players withdrew from a match because they’re unwilling to wear their club’s inclusion jersey due to “religious pushback.” (AP Photo/Mark Baker)

Players in other Australian sports previously have refused to wear jerseys with advertising or messages which conflict with their beliefs.

In 2016, Pakistan-born Australian cricketer Fawad Ahmed was allowed to play in a team shirt which did not carry the logo of the Australian team’s beer sponsor.

Cricket Australia agreed to the request by the Muslim leg-spinner not to wear the sponsorship logo of beer brand VB because of his faith’s ban on alcohol, as Breitbart News reported.

South African batsman Hashim Amla, also a Muslim, is another player permitted not to wear the logo of Cricket South Africa sponsor Castle, a beer company, on his kit as it conflicted with his anti-alcohol religious beliefs.