America’s acquisition of Nazi-developed rocket technology was essential to subsequent victory over the Soviet Union in the Cold War, explained Dean Reuter, general counsel, vice president, and director of the Practice Groups of the Federalist Society for Law and Public Policy and co-author of The Hidden Nazi: The Untold Story of America’s Deal with the Devil, during a Wednesday interview on SiriusXM’s Breitbart News Daily with host Alex Marlow.

The Hidden Nazi examines the role of General Hans Kammler, described in the book’s synopsis as “the worst Nazi war criminal you’ve never heard of.” A project supervisor of the Nazis’ rocket weapons program, Kammler’s technological expertise was sought after by both the U.S. and Soviet Union towards the end of World War II.

“Very clearly, we ended up benefiting [from Hans Kammler’s knowledge],” Reuter said. “Everybody could have used that knowledge, and, if you think back to World War II … it was known pretty far in advance that the Germans were going to lose the war, and there was going to be this mad scramble for this technology — not just the rocket technology, but all sorts of other technology — and for gold, and for treasure.”

Reuter continued, “There was lots of bounty to be found as the German Reich contracted and the Soviets approached from one side and the Western allies from the other, but this rocket technology was particularly attractive because it was so high-tech. Everyone knew rockets were going to be the future of warfare, and whoever ended up with this rocket team — and it’s not just one or two rocket scientists, there are hundreds of people who made up this rocket team — whoever ended up with them would rule the world, and indeed, we got the best of the best. We ended up on the moon first, and we ended up with the ICBM, and I think, winning the Cold War because we got [Nazi Germany’s] rocket team.”

Reuter shared evidence of his assessment that the United States government had secured an agreement with Kammler near the end of World War II to obtain his technological knowledge.

“Project Hermes was a contract that the Americans struck with General Electric,” Reuter recalled. “This is one of the things that leads us to believe there was a deal with [Kammler]. In October of 1944, about eight months before the war ends, the United States enters into a contract with General Electric under Project Hermes to build a V-2-type rocket. In November and December, emissaries of Hans Kammler are meeting with not just American officials but General Electric officials at the American embassy in Lisbon, Portugal — neutral territory — and that’s where we think Kammler cut his deal with the Americans to turn over this technology.”

Reuter went on, “In January, the [Nazis’] rocket team — 4,500 scientists — had been operating in northern Germany throughout the war. The Soviets are approaching in January. On January 31, with his deal in hand, Kammler signs an order to move the team to central Germany to a special purpose-built underground facility he had made with slaves — killing tens of thousands of slaves in the process — so the rocket team is now in central Germany.”

Reuter continued, “In February, there’s the Yalta Conference, in which the allies are dividing up responsibility for post-war Europe, and they’re defining the zones of occupation, and it turns out this site that Kammler just moved the rocket team [to] is going to be in the Russian zone of occupation, so he’s been thwarted. So [Kammler] signs another order, and moves the rocket team a second time down to Bavaria, literally within a week’s march of the advancing U.S. Army. So it’s clear to us that he made these movements — which were extraordinary [and] very difficult to do to — hand the rocket team over to the United States.” 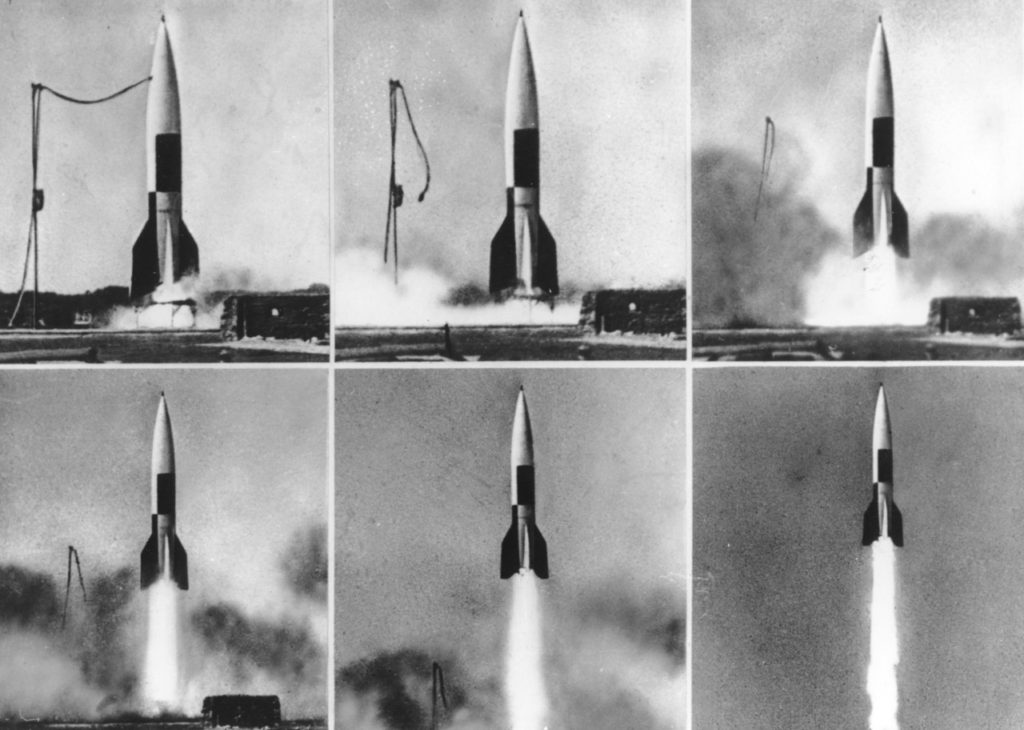 Reuter concluded, “The United States, and General Electric [as] our contractor … benefited from having the rocket scientists. There’s no doubt if they had to start at ground zero in terms of the research, we would’ve been 15 years behind.”