Robert Wilkie, former secretary of the Department of Veterans Affairs (VA) and current visiting fellow at the Heritage Foundation, warned that “woke” ideology is undermining meritocracy, morale, and readiness across the U.S. military in an interview on Tuesday’s edition of SiriusXM’s Breitbart News Daily with host Alex Marlow.

Wilkie noted the Biden administration’s advocacy for and imposition of policies marketed as pursuits for “inclusion, diversity, [and] equity.”

“What I do think is destructive is the extremism agenda that’s been foisted on the military by this administration and by many, many of the generals,” he said. “The military is the greatest leveler in American society. It doesn’t matter where you come from [or] what you look like. If you perform, you’re accepted, and they’re destroying that. And they’re turning the military into a political cauldron where now soldiers and sailors and airmen and Marines are looking over their shoulders, either worried about somebody reporting them for something that they might have said, or didn’t say — or the opposite. They’re telling on their comrades. That’s what’s going to destroy morale.”

He added, “The woke agenda — is probably the most corrosive and pernicious thing the military has encountered in decades. In fact, I can’t think of anything more destructive than what we’re seeing now, and the politicization of the officer corps.”

“[The Trump administration’s VA reforms] are not going to be sustained,” he remarked. “The ability to get rid of bad actors is going away, if it hasn’t already gone away. And the union chiefs are back in charge, and that means veterans issues [and] interests are not put front and center. That’s really, to me, the most glaring and immediate warning for what’s to come at VA, and that’s a very sad thing.”

He recalled, “[The Trump administration] put in place people [at the VA] who had incredible military experience, people who had served in all of the services, and that gave us instant credibility when we walked into any room, because we had shared those experiences. I think you see with the Biden administration that they lack that.” 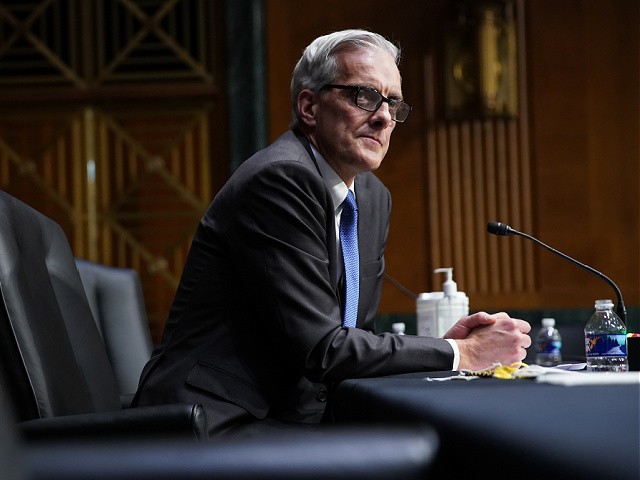 He went on, “As a matter of fact … I think for Veterans Day coming up, the [VA Secretary Denis McDonough] will not be speaking at Arlington Cemetery because he doesn’t have any military experience. I think they’re going to let the deputy or one of the others speak, and that sends the wrong message.”

Wilkie concluded by highlighting the Biden administration’s focus on “transgender policies” at the VA and across U.S. armed services.

VA Secretary Denis McDonough announced in July that his department would provide “gender reassignment” surgeries to “transgender” veterans. He described the move as “the path of progress.”

Wilkie remarked, “When when the [VA] secretary says his first four goals are transgender rights, union authorities, diversity, and telework policy, there’s one word missing from all of those imperatives: veterans.”