Facebook reviews for DePaul University have plummeted to just two stars out of five since the university’s failure to protect both Breitbart Tech editor Milo Yiannopoulos and his fans during an event on Tuesday.

Despite being forced to pay the college nearly $2,000 for fifteen security guards, Black Lives Matter protesters still managed to storm the stage with ease, grabbing the microphone from the moderator and threatening to punch Yiannopoulos while security stood by and refused to intervene.

Campus security and police officers also refused to intervene and detain protesters who harassed fellow students, attendees, and even innocent bystanders outside the venue.

Since the event, nearly 1,500 one-star reviews have been made on the official DePaul Facebook page, taking the total down to an average of 2.0, instead of its previous average of five stars. 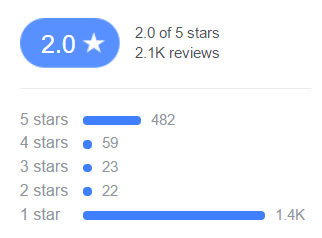 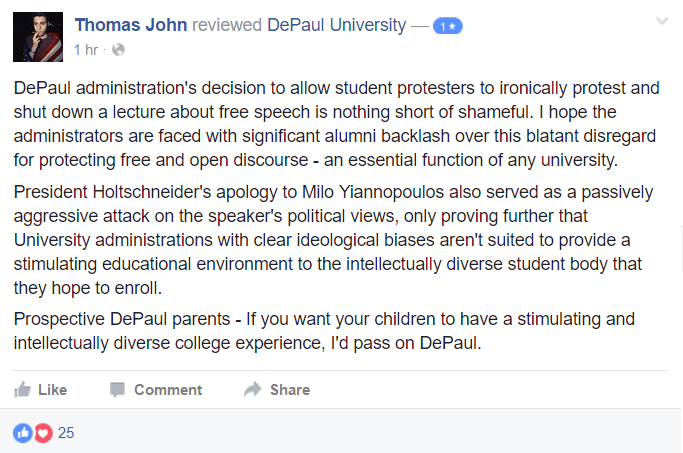