While the crowd were waiting for Milo (also known as the “Dangerous Faggot”) to make his grand entrance, they erupted in a spontaneous chant of “Build That Wall” in eager anticipation of the Dangerous Faggot.

Milo was preceded by artists Rockie Gold and Mike Dece, who performed a series of pro-Trump, pro-Milo, and pro-Harambe raps. Professor Benjamin Acosta then gave Milo a short introduction, praising him and the alt-right for standing up to cultural leftism.

Milo then appeared, dressed in full drag, and walked across the stage in high heels to roaring cheers from the crowd.

A slide introduced the audience to his drag queen name: “Ivana Wall.” 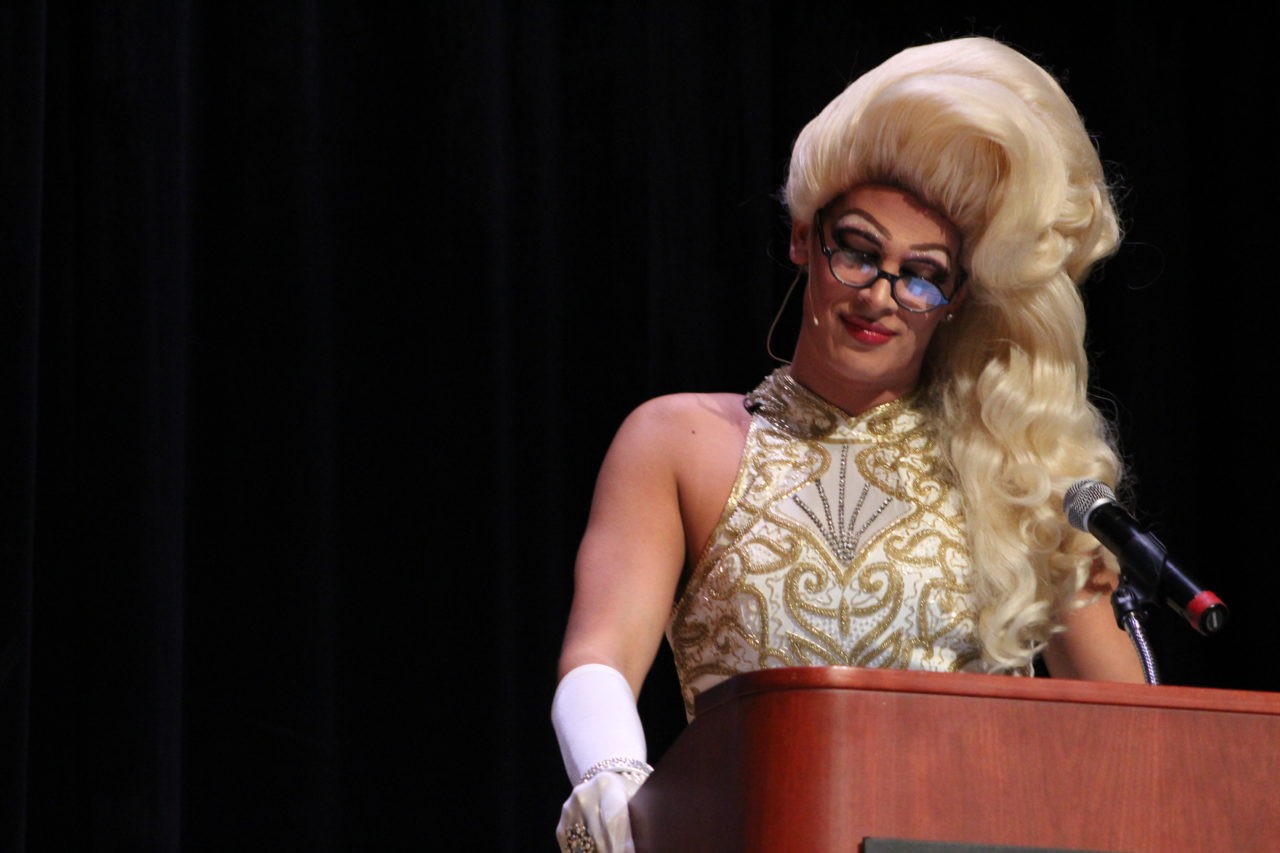 Milo’s full attire included a flowing white dress, a sparkling silver coat, white gloves, high heels, a blonde wig, and various layers of makeup, including bright red lipstick. He began the event by leading the audience in a rendition of the Star Spangled Banner. 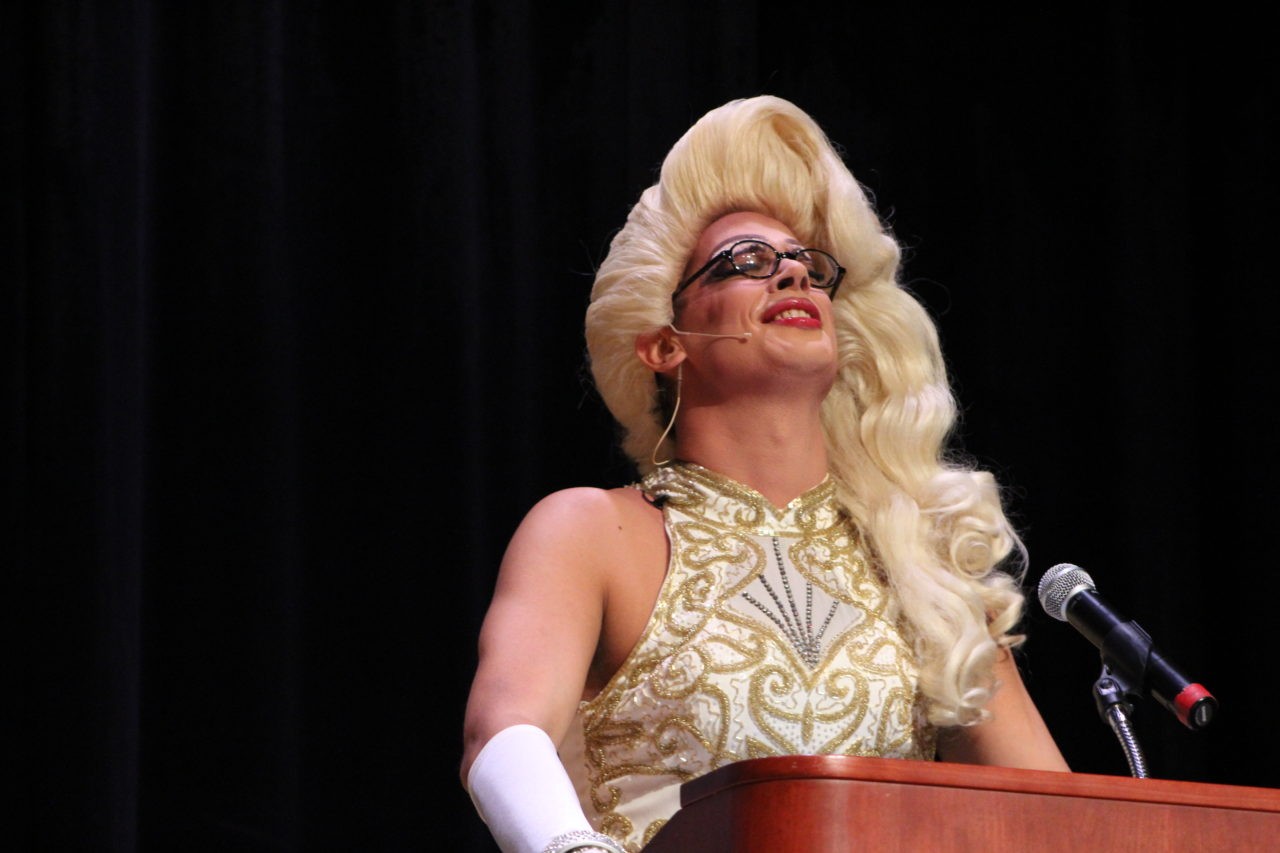 “As Ben graciously pointed out, I am Milo, the Internet Supervillain that only needs one name, and the aforementioned Dangerous Faggot” he continued. “It is my duty, honor, and privilege to speak about dangerous topics on campuses around the country, those schools which are brave enough to support free speech, and those that aren’t get it in the neck. Does this look dangerous to you? C**ts. Now some of these topics are strong enough to make an audience lose their appetite, but I know in Louisiana that’s not going to be a problem because Louisiana is America’s fattest state.”

The Dangerous Faggot then went on to explain why fat-shaming should be mandatory, “Body Positivity is a movement by feminists to tell people, but especially girls and young women, that they can be healthy at any size and even sexy. Now this is lie.  We will go into why, but before we do I want you to understand why you should care.” 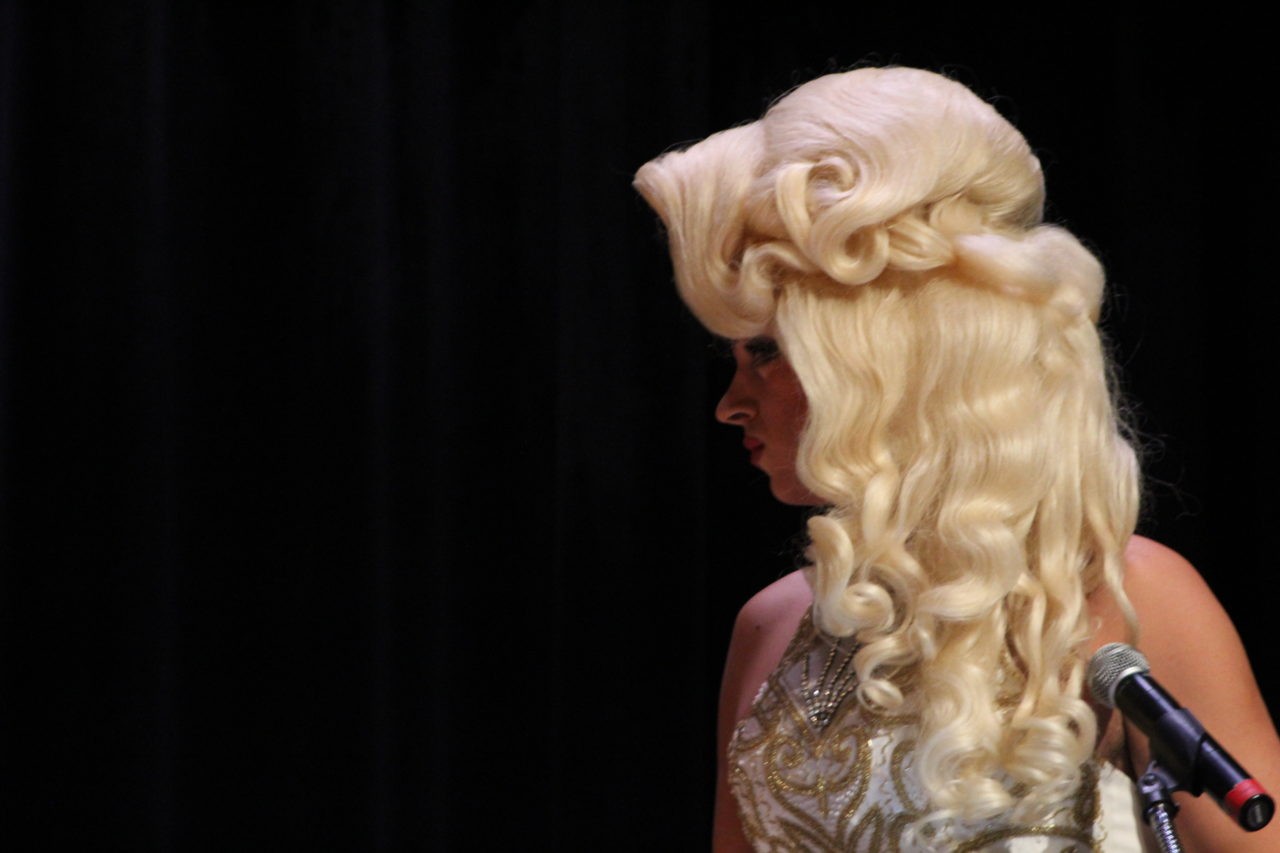 “Most of you are young, some of you are even in shape. Even amongst those of you that are overweight or obese, you are young enough that you probably haven’t had many health problems.” Said Milo, “As you age, this will change. According to State of obesity dot org: Obesity is one of the biggest drivers of preventable chronic diseases and healthcare costs in the United States. Currently, estimates for these costs range from $147 billion to nearly $210 billion per year. I don’t know how many Big Macs that is but it’s a lot.”

“For those of you that are at a healthy weight, you are going to foot the bill for the body positivity generation. For those of you who are obese, you will get sick and die sooner because you are being taught that fat is fine. Fat people die. And they die early, they die young, they die sooner than they should.”

Milo’s talk at LSU can be watched in full below.