Houston Astros outfielder Carlos Gomez thinks Bryce Harper may have been on to something when he recently advocated for baseball players to show more emotion in their sport.

“I don’t know in what book they say, you should not watch the ball when you hit it. Or you should not get excited when you strike someone out. They don’t say that in the book,” Gomez explained. 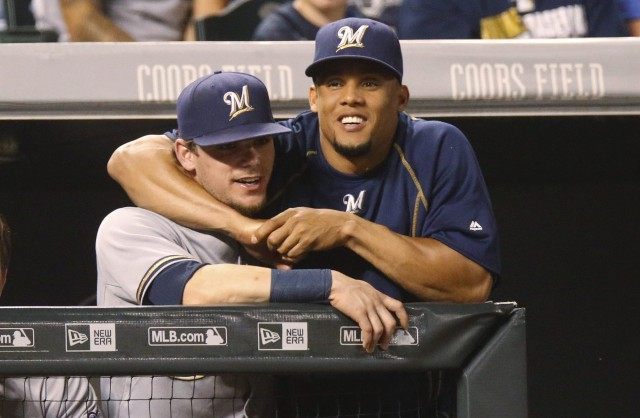 “That comes from a long time ago and we respect that, because they come before us. But right now, we’re the only sport that restricts – you’re not allowed to do this. I’m not saying do something stupid, I’m saying show emotion.”

In a long form interview with ESPN Magazine the 23-year-old Nationals right fielder said that he wants to change how baseball is perceived, not to change the game. Harper, who was MLB’s first overall pick in the 2010 draft at the age of 17, said in the interview that he wants players to be able to show emotion and “celebrate their sport” without having to fear being “drilled in the teeth with a fastball.”

The bona fide franchise player adds, “If a guy pumps his fist at me on the mound, I’m going to go, ‘Yeah, you got me. Good for you. Hopefully I get you next time,’” Harper told the magazine. “That’s what makes the game fun.”

The 30-year-old Gomez—aka GoGo—believes that fans and players will enjoy the game more if players express themselves like they do in other sports. He agrees with Harper that Miami Marlins pitcher Jose Fernandez brings excitement to the game but admits concedes, “Max Scherzer is my favorite. His emotion on the mound is like, ‘OK, let me see how good you are. This is a slider. This is my curve, this is my fastball. Hit it now.”

USA Today reports that Harper and Gomez, along with Astros young shortstop Carlos Correa, may help ignite a “cultural shift” in the game. “I think baseball fans will enjoy it more,” GoGo said.  “When I don’t enjoy playing baseball, I go home.”