The Viridian Fact Duty is a camera/light combo accessory that gives law enforcement a way to record everything their pistol sees, once it is drawn from the holster.

The Fact Duty is activated by a magnet embedded in the officer’s duty holster. The magnet is located on the backside of the holster, and the Fact Duty’s camera and light go into action as the accessory passes over it.

The camera and light go off once the Fact Duty passes over the magnet again, on the way back into the holster.

The Fact Duty’s camera records audio as well as video, filling in gaps when body cam video is blocked due to an officer’s extended arm or when the body cam’s view is completely blocked because the officer is forced to take cover behind a vehicle, tree, or other substantial object.

At the end of any given day’s shift, the Fact Duty can be hooked up to a department computer (see below) and the video captures can be downloaded, showing exactly what the officer’s pistol saw that day. 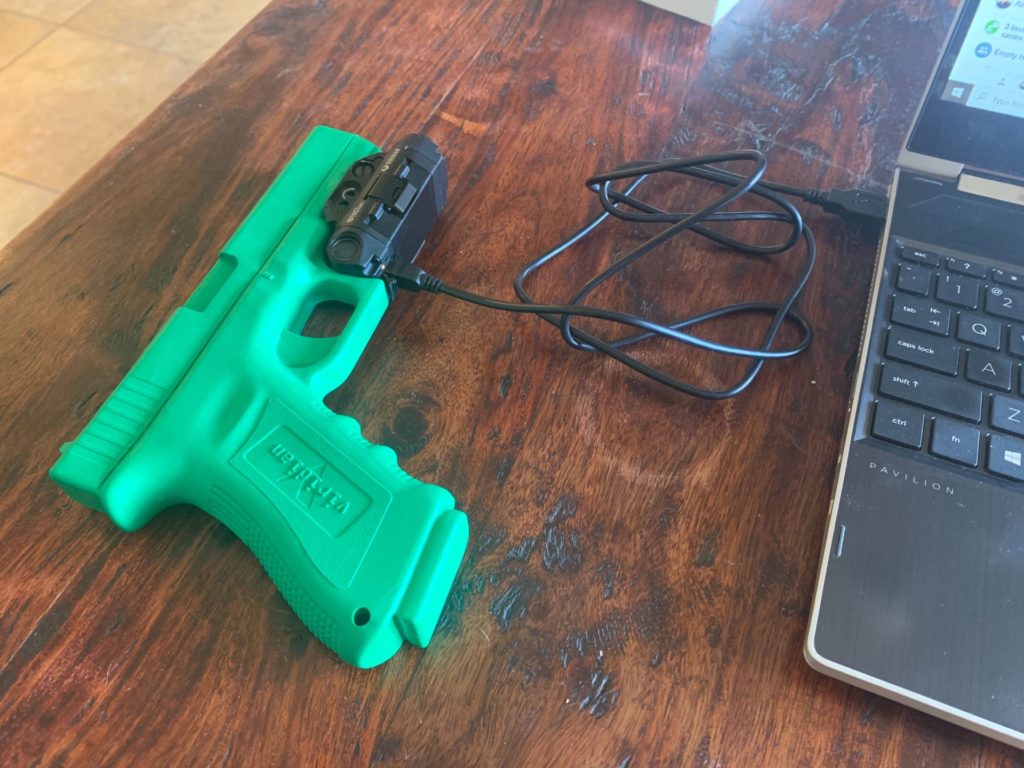 As we worked with the Fact Duty accessory, its benefits were readily apparent.

Predominant among those is the Fact Duty’s ability to provide more information in the event of an officer-involved shooting, as it would give departments a way to show precisely what the officer was seeing in the second that he pulled the trigger.

On November 15, 2019, KFDX/KJTL reported the Fact Duty captured the evidence necessary for the Vernon Police Department to send a felon to prison.

Video from the Fact Duty showed the felon nearly run an officer down with a vehicle. 46th Judicial District Attorney Staley Heatly said, “I think that the footage had a big impact on the jury, they asked to see the video more than once and when they had it in the jury room they reviewed it several times.”