CLEVELAND, Ohio — Cleveland’s Major League Baseball team announced Friday it is doing away with its moniker, Cleveland Indians, and renaming itself the Cleveland Guardians — a move that erases a 106-year-old name said to be in honor of Louis Sockalexis, who played major league baseball for the Cleveland Spiders in the late 1800s and is credited as the first Native American to play professional baseball.

The Cleveland baseball team went through several name changes from the 1870s to early 1900s before ultimately deciding on the Cleveland Indians — a moniker that would last for more than a century before eventually being canceled.

The team previously had names like the “Cleveland Forest Citys” (1871-1875) — a likely nod to Cleveland’s nickname inspired by the city being encapsulated by a heavily forested area — and the “Cleveland Blues” (1879-1884), short for “Bluebirds,” which team members allegedly hated.

Though, when the team was called the “Cleveland Spiders” (1890-1899), it signed Louis Sockalexis, a member of the Penobscot tribe, who quickly ascended to stardom, earning the team the nickname “Indians,” according to the Society for American Baseball Research (SABR).

Soon after being signed by the Cleveland Spiders in early 1897, Sockalexis wowed local sportswriters, who began referring to the team as the “Indians,” and by the end of March that year, the name “Spiders” was virtually forgotten.

A headline in the Cleveland Plain Dealer referred to the team as “Tebeau’s Indians” — a reference to both Sockalexis and the team’s manager Patsy Tebeau.

On March 27, 1897, the Plain Dealer reported, “The Indians have a spring schedule which is bound to give them good, hard work.”

Sockalexis quickly became a sensation. By April, the national press began to notice him, with Charles W. Mears explaining in Sporting News: “Everybody in Cleveland as well as in other league cities, for that matter, are talking Sockalexis.”

After twenty games, Sockalexis’ batting average stood at .372, and his presence alone increased attendance at both Cleveland’s home and away games, notes SABR.

In May, Sockalexis hit a double and a triple off Boston’s best pitcher and 30-game winner, Kid Nichols. Though, the highpoint of his season came in June, when Sockalexis went up against New York’s strikeout champion Amos Rusie, slamming a curveball from him and sending it over right fielder Mike Tiernan’s head.

By the time Tiernan could retrieve the ball, Sockalexis had already made a home run, his third of the season. Cleveland cruised to a 7-2 victory that game. 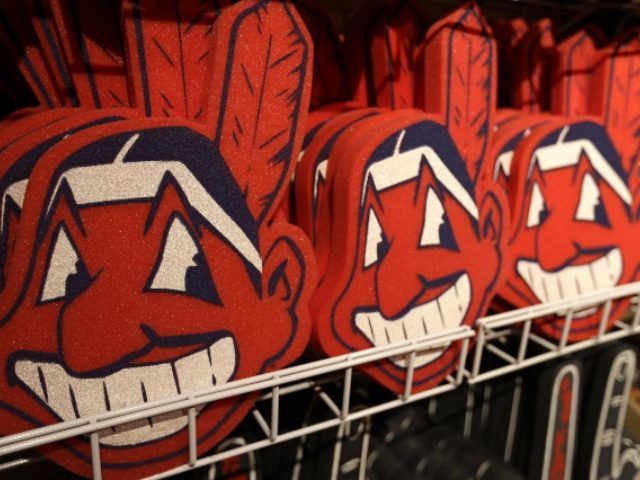 Yet, while Sockalexis appeared destined for stardom, alcoholism ultimately derailed his career, and the club released him from his contract in 1899, despite a career batting average of .313.

On December 24, 1913, Sockalexis — who worked for a logging crew in Maine — suffered a heart attack while cutting down a massive pine tree and died at the age of 42.

While some historians claim Somers chose a Native American-esque name, in part, to mimic the Atlanta Braves — due to being inspired by the team winning the World Series a year earlier — the name “Cleveland Indians” is nonetheless the stark revival of the team’s old byname.

But 106 years later, in the wake of political correctness, cancel culture, and the woke mob running rampant, the Cleveland Indians — a name presumably derived from Somers reminiscing about the period of excitement that Sockalexis brought to Cleveland in 1897 — is no more.