Former Cleveland Indians All-Star shortstop Omar Vizquel has been accused of exposing his penis to a 25-year-old autistic batboy, according to a lawsuit.

In addition to exposing himself, Vizquel is also accused of forcing the batboy to wash his back as he showered.

The civil lawsuit, filed on Friday by the man who worked as a batboy for the Chicago White Sox Double-A affiliate the Birmingham Barons while Vizquel served as manager there in 2019, tells of five incidents in which the former Indians star allegedly exposed himself.

The lawsuit also claims Vizquel was not only aware the man was autistic; it claims he targeted him because of his disability. 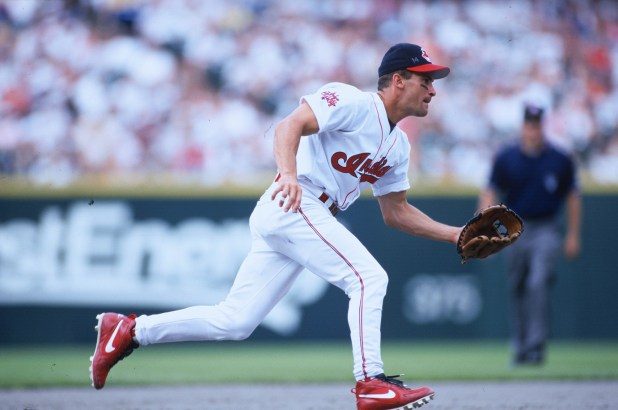 According to the lawsuit, in June of 2019, Vizquel approached the man in the dugout and informed him that he was gay.

The man told Vizquel he wasn’t interested. However, Vizquel was apparently undaunted and continued to pursue the man.

Vizquel, 54, then emerged naked from a shower following a game on Aug. 22, 2019 and handed the man a bar of soap before telling him to ‘Wash my damn back!’ The man was “humiliated, intimidated and frightened” by what could happen if he disobeyed, so he compiled with Vizquel’s request, the suit alleges.

The man later told team staffers about what happened, prompting laughs from several of them while the clubhouse manager warned him that ‘everything that happens in the clubhouse stays in the clubhouse,’ according to the lawsuit, which names the Birmingham Barons and the Chicago White Sox as defendants.

The man finished up his shift as ‘quickly as possible’ and then started ‘crying uncontrollably’ in his grandfather’s car. He was ‘too humiliated and scared’ to return to his job as a batboy, the lawsuit claims.

The former batboy is accusing the Chicago White Sox organization of violating the Americans with Disabilities Act and is seeking punitive and back pay. The White Sox told ESPN that they terminated Vizquel upon hearing of the allegations in August of 2019. The organization refused further comment as the case is being actively litigated.

Vizquel, who played in MLB for more than two decades, denies the allegations against him, according to his attorney.